by Sami B. Web Designer
After i watched the lion king 2019 movie trailer on youtube, i was very happy because i will watch Simba alive once again in 3D cinema and it gives you feeling of a big jump between past, present, and future which is awesome but it doesn't succeed every time because remaking an old famous movie will not attract the audience every time. 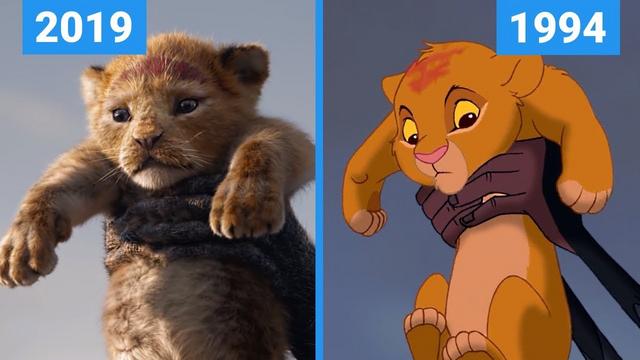 That's why i always wondering, why there is no new idea, new characters or even new stories? Most of the big animation companies keep remaking old success movies just for money, The Lion King, Pinocchio, Dumbo, Mulan, Aladdin and many more. We actually lost the creativity after the mighty Stan Lee died.

Now here Netflix comes to ruin everything left in Hollywood movies industry. They make a new movie every day, they are hiring almost all actors and actress to control most of the online media market, just for money. In the old days when i wad a kid, it was really enjoying to watch a comedy free movies with my family at weekend and it was a very good acting and inspiring story but now its completely boring.
Is Really Worth to Remake Famous Old Animation Films?

If you ask any producer in Hollywood about original and remake movies story, he will tell you that it's a good chance and a great an opportunity to attract a new generation of viewers because of the current generation of young people is completely different from the old 70th teenager.

The current young generation is stuck with mobile phones, social media sites, daily new style looks and always search for new ideas but he always prefers to watch any movie with the new technology like 3D Cinema and incredible special effects. But the million dollar question remains unanswered, is this really worth to remake famous old animation films?! The answer is between the audience's hands.
Best Upcoming Animation Movies Remakes
More often than not, the audience likes the new remaking movies because the old story didn't tell well according to the lack of technology of camera quality and special effects.

Fortunately, working staff (directors and actors) and the new technology collecting together to give us a piece of art for the original story to pull off a truly impressive remake.
Here are the best movies rebooting animation films:-

Don't forget to share with us your opinion about your favorite remakes movie in comments below.