Browse Articles  »  Travel  »  Three Things to do in Sarnath

Three Things to do in Sarnath

by Rajasthan Leaf Rajasthanleaf provides best Tour and Travels Ser
A mere ten kilometres away from Varanasi, Sarnath is situated in Uttar Pradesh near the confluence of the Ganges and the Varuna rivers.

Sarnath, commonly known to be one of the four most important Buddhist destinations in India, is easily accessible and should definitely be visited by anyone who wishes to know more about the culture. In ancient Buddhist literature, Sarnath finds mention as Rishipatana in ancient scriptures. It is said to be the place where the bodies of five hundred sages fell after attaining nirvana. It is here that Buddha, after attaining enlightenment at Bodh Gaya came to Sarnath to deliver his first sermon.

The name comes from Saraga Natha, Lord of deer who was stillborn enshrined in a temple nearby. 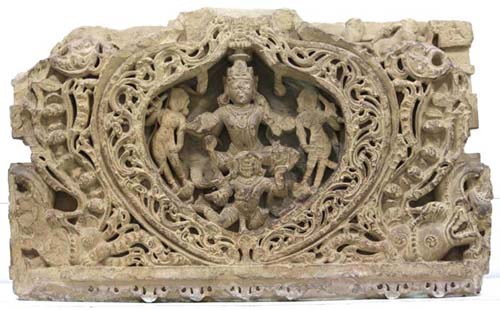 In order to preserve the antiquities that were excavated nearby, the Archeological Museum of Sarnath was constructed adjacent to the area in 1905. The museum houses antiquities ranging in time from third century BC to twelfth Century AD of which the Ashoka Pillar, the national emblem of India, is a highlight.

On his parinirvana, Buddha was cremated and his remains were divided and buried under eight mounds. Although not much is known about the early stupas, the ones at Sanchi and Sarnath seem to be embellishment of the earlier mounds. Commissioned by the great Mauryan king Ashoka, Dhamek Stupa was built to commemorate Buddha’s activities in the area. Dhamek Stupa in particular is said to mark the spot where Buddha gave his first sermon to his first five brahmin disciples after he attained enlightenment.

The stupa is thought to have been built as a temple in the Gupta period from fourth to sixth century AD originally and then given its present shape by Govardhan, a son of Raja by building a an octagonal tower to commemorate the visit of Humayun. Currently maintained by the Archeological Survey of India, Chaukhandi Stupa is a high earthen mound covered with brickwork and topped by an octagonal tower.

For anyone who is even a little interested in Buddhism, Sarnath is the perfect place to start learning about the religion. After all, where else will you come to know about the spread of Buddhism if not at the place where Lord Buddha gave his first sermon? Because Sarnath is only 11 kilometres away from Varanasi, any traveler who is even slightly curious can visit the place as a bonus to their regular golden triangle tour with Varanasi package or a 5 day 6 night golden triangle tour where a little time can be made for this special destination.