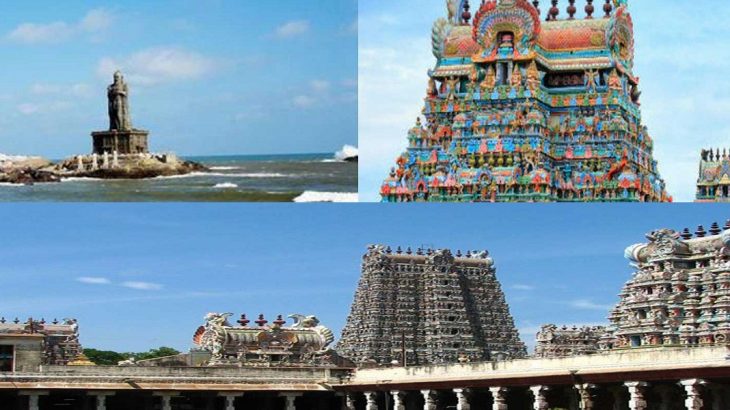 Here are some of the famous Temples of Tamil Nadu:
It is the most stunning and popular temple of South India. This Hindu temple boasts of surprising architecture which is built in honor of Lord Shiva and his consort Goddess Parvati, the temple dates back to the 12th century. This temple has nine stories which are beautifully decorated with sculptures and carvings.
Its name derived from Arjun, an arresting open air bas-relief statue, built in the 7th century and popularly known as “Descent of Ganga”. With a peak of 43 feet, it is known for its olden architecture. It is an architectural wonder which draws travelers from far and wide.
This temple is dedicated to Lord Shiva. Its brilliant architectural beauty makes it famous temple of Tamil Nadu. It is situated in Thanjavur district. One of the largest temple in India, the Brihadeeswara Temple and Great Living Chola Temples which includes the Temple of  Gangaikonda Cholapuram and Airavatesvara temple. 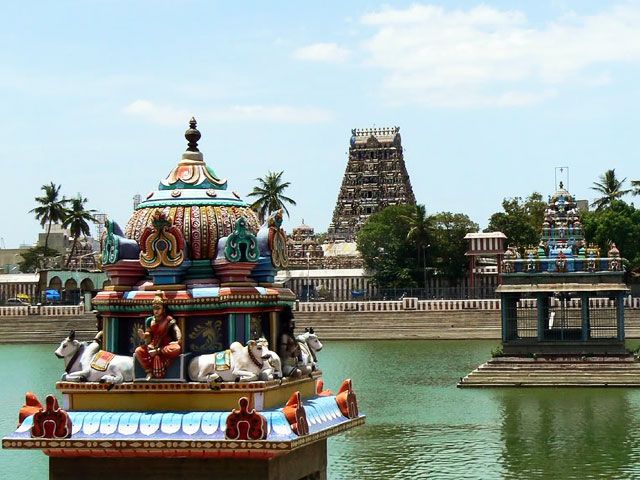 It is an oldest temple situated in Chennai. Its architecture speaks about the history of this place. The original temple got deep within the sea and later the ruins had been again transformed into a temple structure. The temple was built in the 8th century by the Pallava ruler which is devoted to Lord Shiva.
Shore temple is in mesmerizing town of Mahabalipuram, It is a historic temple which was built on the sea shore by the Pallavas. Every year Mahabalipuram Dance Festival is celebrated here with great passion and joy. It is also one of the best destinations for tourists in South India Tour.
The best time to discover Tamil Nadu would be between the months of October and March.

services to travelers around the world