How to use correctly 200kw diesel generator set?

In the process of use and operation of 200kw diesel generator, what operations should not be done? Why we shouldn't do them?Today Starlight Power generator manufacturer answers for you.

1.After genset start-up, we should not runs it with load without warming up.

When start up without warming up, due to the high viscosity and poor fluidity of the oil, the oil pump is not enough to supply oil, and the friction surface of the machine is badly lubricated due to lack of oil, resulting in sharp wear, and even cylinder pulling and bush burning. Therefore, the diesel engine should run at idle speed and warm up after cooling, and then run with load when the oil temperature reaches 40℃. The genset should be started in low gear, and drive in each gear step by step for a certain mileage until the oil temperature is normal and the oil supply is sufficient. Then can run normally.

2.We should not operate genset with load under lack of oil.

At this time, due to the lack of oil supply, the surface of each friction pair will not be supplied enough oil, resulting in abnormal wear or burn. Therefore, it is necessary to ensure sufficient oil before starting the machine and during the operation of electric generator to prevent cylinder pulling and bush burning due to lack of oil. 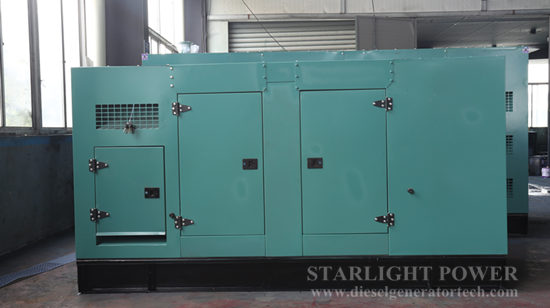 3.We should not have an emergency shutdown with load or immediately shutdown after sudden unloading of load.

After diesel engine shutdown, cooling system water circulation stop, the heat dissipation capacity decreases sharply and the heating parts lose cooling. As a result, the cylinder head, cylinder liner, cylinder block and other parts are overheated, resulting in cracks. Or the piston is over expanded and stuck in the cylinder liner. On the other hand, when the diesel engine is shut down without idle cooling, the oil content on the friction surface will be insufficient, and when the diesel engine is started again, the wear will be aggravated due to poor lubrication. Therefore, the diesel engine should be unloaded before flameout, and gradually reduce the speed, no-load operation for a few minutes.

4.We shouldn’t slam on the gas pedal after cold start of diesel engine.

If the throttle is slammed, the speed of diesel engine will increase sharply, and some friction surfaces on the engine will be severely worn due to dry friction. In addition, the acceptance force of piston, connecting rod and crankshaft changes greatly when the throttle is blasted, which causes severe impact and damages the parts easily.

Insufficient cooling water will reduce the cooling effect of diesel engine, the diesel engine overheats because it is not cooled effectively. If the temperature of cooling water and engine oil is too high, the diesel engine will overheat. At this time, the main heating load of cylinder head, cylinder sleeve, piston assembly and valve is large, and its mechanical properties such as strength and toughness decrease sharply, which increases the deformation of parts, reduces the fit clearance between parts, accelerates the wear of parts, and even causes cracks and parts jamming in serious cases. If the temperature of cooling water and oil is too high, the deterioration and burning of engine oil will be accelerated, and the viscosity of engine oil will be decreased, and the condition and lubrication condition of casing cylinder, piston and main friction pair will deteriorate, resulting in abnormal wear. The overheating of diesel engine will worsen the combustion process of diesel engine, make the injector work abnormally, poor atomization, and carbon deposit is increased.

6.We shouldn’t run gesnet when the temperature of cooling water and oil is too low. 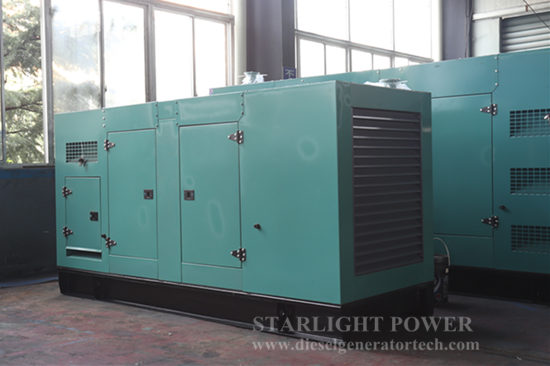 8.The genset should not run with overspeed and overload.

If the machine is over speed and overloaded, the diesel engine will run under the working conditions of excessive load and high speed, which is easy to cause rough work, increase the thermal and mechanical load of cylinder liner, piston and connecting rod, and cause cylinder pulling and Bush burning. Often overload operation, will result in a long time of rough combustion in the cylinder, easy to damage the cylinder gasket.

9.When temperature of diesel engine is too high, we shouldn’t add cooling water suddenly.

10.The genset can not idle for long time.

When diesel engine idling, oil pressure is low, cooling effect of injection at the top of piston is poor, resulting the wear is increased rapidly and the cylinder is easy to pull. It can also cause poor atomization, incomplete combustion, serious carbon deposition, and sometimes even cause valve and piston ring stuck, cylinder liner cavitation. Therefore, some diesel engine operating instructions clearly stipulate that the idle running time of diesel engine shall not exceed 15-20 min.

Above is analysis of 10 wrong operations of diesel generator set, hope it is helpful for you when operating. Starlight Power manufacturer not only provide technical support, but also produce diesel generator set with multiple brand, such as Cummins, Volvo, Perkins, Deutz, Yuchai, Shangchai, Ricardo, Weichai etc. Welcome to contact us by email sales@dieselgeneratortech.com.