Development Commences in The First Smart City of Pakistan

The capital smart city Islamabad is a private housing scheme located in suburban Islamabad and Rawalpindi. The housing society is a unique and ambitious urban settlement plan that is set to be the first-ever smart city in the region. The Capital Smart City Islamabad is being developed by the prestigious HRL group of Pakistan. The HRL – Habib Rafiq Group Limited – is one of the largest and most reputable real estate and urban engineering conglomerate of Pakistan. The HRL has not only developed its own housing schemes but has also delivered and developed real estate projects for some of the largest players in the market such as Bahria Town and Defense Housing Schemes. Apart from developing a series of smart urban establishments throughout Pakistan, the HRL is also the owner and developer of Royal Orchard Schemes located throughout the country. 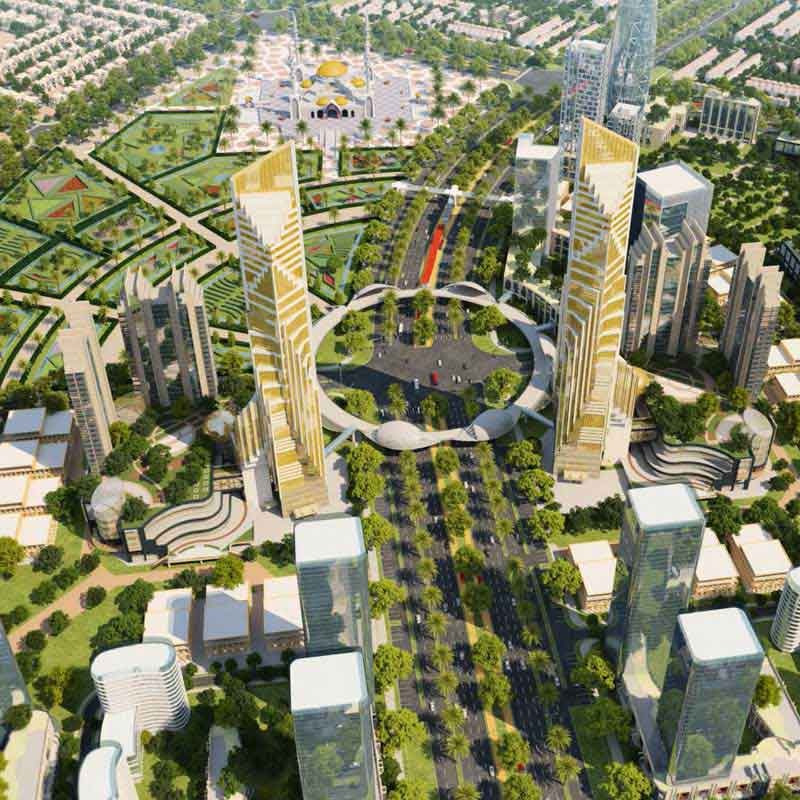 The Capital Smart City Islamabad is unique and ambitious. This is because this is the first time that a real estate developer has introduced the concept of smart cities or smart residential communities in Pakistan. The smart residential and commercial communities are based on the concept of provisioning of digital service in all aspects of life. For instance, in a smart city, a smart household electricity system is based on the concept of pre-paid metering where the customers can use smart cards to get the required number of units according to their electricity consumption. Similar systems are in place for other utilities. Another aspect of smart cities is based on the fact that internet connectivity in smart cities is considered to be a basic right of the residents and it is provided for free or with a fee throughout the community. Also, the smart establishments are usually those which thrive on providing a luxurious lifestyle by keeping it sustainable and eco-friendly. For instance, Capital Smart City is in the process of deploying power plants that are fueled by wind and solar energy. Similarly, the water recycling units are also being installed so that the rainwater can be logged, stored, and recycled for human consumption. These all aspects of a smart city make it smart and this is what Capital Smart City is doing.

Another great news is that the developer of Capital smart city has launched the Overseas Prime Block in the overseas sector of the housing scheme. The overseas prime block is set to be located on the topmost location of Capital smart city which will be situated on a series of hills. The view from these hills will be one of the best and serene as the residents will be able to have complete unobstructed 360 Degree panoramic views of the surroundings and Chahan Dam plus Lake. The groundbreaking of the Overseas Prime Block in Capital Smart City Islamabad has already taken place and the development work has already started. According to the developers of Capital Smart city Islamabad, the development of overseas prime block is being done in collaboration with some of the best urban landscaping and engineering companies of the world to provide the elite living experience to the residents of the society.


About Deal and Deals