The Walking Dead has been one of the most successful shows in the last two decades. It already has ten seasons with an 11th season delayed due to the present healthcare crisis. When movies, anime, or TV shows achieve a certain level of success, we often see a bunch of extra stuff catered to the fans. It’s a good strategy since the product or service already has a huge fan following that it entertains. It is the same with Walking Dead as well, and today we will be specifically looking at android games. There are many games that are in some way inspired by the show, but we will only consider the best-rated ones.

Telltale has an entire series of Walking Dead games, which includes three games (three seasons). The main character is a girl named Clementine, who has to endure the unforgiving world of zombies. She makes new friends along the way, but she loses them just as fast; the game is definitely not for the faint of heart. Each season (game) has five episodes, and all of the seasons are adventure and narrative-driven, which makes for an entertaining time pass. The first two seasons are free to download, but the third season costs $4.99. All of them require you to buy season two to four in-app purchases, and since they all are not expensive, you won’t regret buying them. 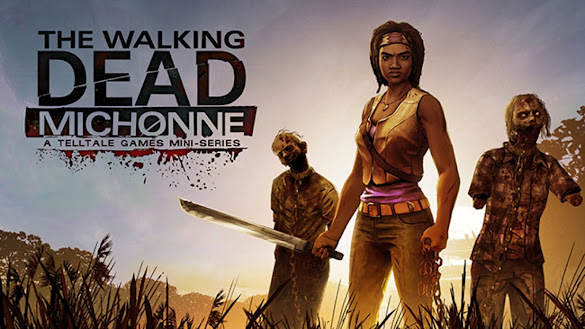 The Walking Dead: Michonne is an offshoot of The Walking Dead by Telltale game that was mentioned above. This game follows the story of a well-known character, Michonne, from the series. It has the same graphic style and point-and-click adventures like the Telltale’s Walking Dead and is just as adventurous as the original game. The first episode costs $4.99, while the additional episodes can be bought in in-app purchases.

The Walking Dead No Man’s Land

The Walking Dead No Man’s Land is a relatively newer game, but it has quickly gained popularity in recent times. The aim of the game is to go through the story and gather as many people as one can. The characters are even upgradable after they are unlocked, and the game even features some characters from the show itself. This one is undoubtedly the best Walking Dead game on the Play Store, and you don’t have to spend a single penny to get this game since it is free-of-cost. It does get better than this.

The Walking Dead: Our World

The Walking Dead: Our World is an Augmented reality game where you can slay zombies in the real world with AR. Players have to explore the real world, collect objects, fight and kill zombies just like one would catch Pokemon on the Pokemon Go. The game’s launch did not get as much attention that it deserved, but it is growing fast now. The game is relatively new, and only time will tell if it will be as popular among the fans as the other Walking Dead games.

The Walking Dead: Road to Survival

The Walking Dead: Road to Survival is another popular Walking Dead game that has a large number of fans. The game is part-survival and part character-collecting. Even the characters are upgradable, just like in The Walking Dead No Man’s Land. However, the game has too many bugs, but it is upgraded relatively regularly. It is free to play, and you don’t need to spend any money, so it is still a good option, even with all its bugs.

The Walking Dead show has spurred on several video game adaptations. All the games mentioned above can be downloaded from the Play Store.