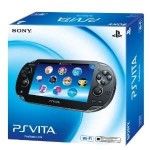 It's like a tablet and PS3 in one. Gonna try and keep this review simple and easy w/o getting too technical.

Pros:
- Screen is awesome.
- Dpad is improved over the PSP.
- Dual analogs is so much better than a flat nub.
- Using the touch screen on everything is simple and responsive.
- Graphics on the games are fantastic.
- Best launch line up in portable gaming history.
- Games are the size of a memory card.
- Game prices aren't too bad ($30 - $40 w/ Uncharted as the only $50 one).
- Tons of differ games to download from the store.
- Having a lot of apps and some PS3 connectivity are nice but don't really serve much use for me.