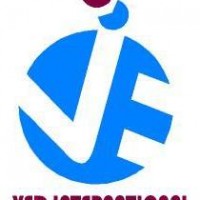 Discuss any thing about the online earning sites....Read More
http://www.vedinternational.com/

This group is the public group. Your request will be auto-approved.

You can discuss any thing related to the online earning.Share your experience and new thing about online.The outsourcing of U.S. jobs to foreign countries has driven salaries down and caused the loss of thousands of white collar jobs. Many jobs that were once thought to be immune are now susceptible to being outsourced. Your job could be next.
After the implementation of the North American Free Trade Agreement (NAFTA) in 1994 the blue collar manufacturing jobs that were lost were replaced by white collar technological and high tech jobs. Now these jobs are being outsourced to countries such as China and India where highly educated workers will work for a fraction of what Americans make. These trade agreements harm America’s middle class workers by providing companies with incentives to move their operations and jobs to other countries.
Two decades ago, the loss of auto jobs and other high paying manufacturing jobs sparked fears of a hollowing-out of the U.S. economy. Yet painful as the loss of those positions were, strong economic growth and innovation created far more and better jobs to replace them. Now, the same process, many economists argue, is going on in services. Yes, some individuals are losing out as well-educated programmers or engineers can do the same job for far less halfway across the globe. But as the U.S. economy evolves, innovation will create new high-paying jobs.
What new high-paying jobs are middle class Americans going to turn to next? “We are losing the information-age jobs that were supposed to take the place of all the offshored manufacturing jobs. When those in the manufacturing sector lost their jobs they went back to school to gain employment in white collar tech jobs. What are lawyers and engineers going to do now that their jobs are being outsourced? It is not feasible for them to change careers. People are taking notice now that higher paying jobs are being outsourced.