The Gates of the Arctic National Park is the real definition of remote, situated entirely above the Arctic Circle –there are no roads or trails here. Just staggering wilderness home to truly wild things and if you want to get here, you need to want it bad –but the rewards are immense and priceless, Amidst the snow-blasted mountains and massive dunes you will find the twin terrors of further north. Ancient migration is undertaken for tens of thousands of years, creatures of an ice age past and the unbearable cuteness of baby cubs –if you really want to experience this then it is the Gates of the Arctic National Park.

The Gates of the Arctic National Park 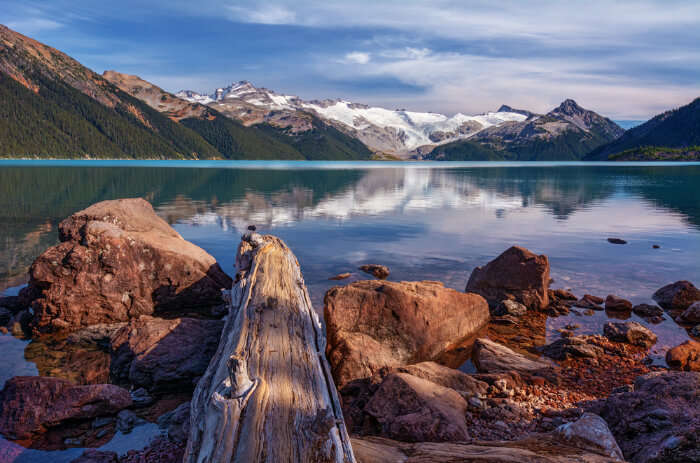 Straddling along the Brooks Range the Arctic is in America's northernmost area where there are no highways, trails, campgrounds, and almost no visitors making it one of the truly wildest regions on this planet. By contrast, Alaska’s other national parks are a walk in the park. The wild superstars of the north- the Bears are engaged in the cleverest, funniest, laziest fishing ever. Each July at the far less remote-Katmai National Park brown bears gather to take full advantage of the salmon run. More than 25 of the giants share a single spot along the falls to get leaping sockeye desperate to get upstream. An experienced bear can snap up to 30 a day with a minimal investment of energy. The bears and fish are not the only ones making this pilgrimage.  It is more of a showcase than a pristine wilderness, it is a clever compromise when the scene makes both the bears and people happy.

But for the uncompromising, you have got to head 600 miles to the north to get some really wild experiences. As the bush palaces stay where the road ends the real Alaska begins that makes The Gates of the Arctic National Park a chunk of real Alaska larger than the state of Maryland. After wandering thousands of miles in the Pacific Ocean for over three years the salmons have returned to Alaska.

Above the Arctic, Circle summer is fleeting, the instant the valleys are aflame with the colours of falls, red flags reminding all living things that there is urgent business to attend to because the snow is just a few days away. Throughout the fall you can spot the noisy moose, throughout November snow starts covering the summits of the mountain ranges and the Gates of the Arctic become evenly dangerously as it is breath-taking.

The Gates of the Arctic is one of the coldest places in the United States. Some creatures from the ice age are perfectly adapted to the harsh conditions. The fantastical northern lights blow and twist all winter above the Brooks Range. Some natives people believe that the Northern lights are the dancing spirits of the dead while science has an equally otherworldly explanation. These sheets of light take place when charged particles in the sun cut by the magnetic field stream down at the poles where they react with the atmosphere, either way, they are enchanting.

Many mountaineers cover the park -7000-foot peaks, just the hike into the foothills can last up to a day. While an expedition demands three weeks on average, the rock towers can provide an extreme technical challenge for climbers. They are not for a faint of heart or amateurs- most of the mountaineers only manage to reach the summit of the national park. Even with modern equipment, the climb is peerless. But u can just beat the view from the top –a view few people will ever get to experience.

For over 30 days of summer, the sun never sets on the Gates of the Arctic and the park 6 national scenic rivers, in August the rivers welcome thousands of chunk salmons and the bears are not far away.

We hope you have enjoyed reading this article and lightened up your thoughts about the Gates of the Arctic. If you are interested in reading more you can check out American Airlines Official Site.

Redefine your travel journey with Flysdeal. Designed just for you, book the cheapest flight tickets and the most affordable seats for some of the hottest holiday destinations. Get started with American Airlines Reservations and enjoy the perks of being an early bird. Hurry!!