by Melisa Joeleo It Consulting Services 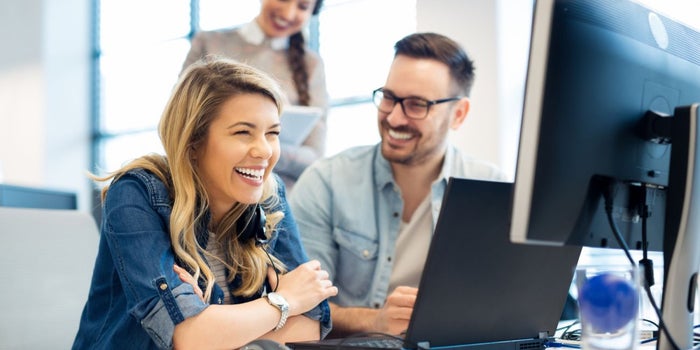 Consequently, it is not surprising that human resource managers have a tough time recruiting, hiring and retaining software developers. Developers are fussy about selecting the companies they will work for. Even when they agree to work for a company, they can easily leave for the next at a split second, leaving behind a mountain of disappointment.
But surprisingly, successful companies seem to have a formula for hiring, motivating and retaining top software developers. So how are they doing it? They use three Fs to inspire the best software talents:

Let’s look at each one more closely.

Smart CEOs and COOs are not only good at their jobs, but they also have a knack for understanding and hacking their coders.

With a million activities going on in a startup garage or apartment office, the grind and the constant pivot, the iteration and the race to outperform the competitors, the race to win a client and a customer -- startup managers are focused on motivating their software developers.

They achieve this by giving them freedom to make their own work choices. I’m not saying that developers should be given the opportunity to have the final say about the company’s product development, but managers should empower them to execute projects based on their own decisions.

Of course, developers must respect the company’s rules and regulations. The techies feel more connected and engaged at work when they are given the power to make decisions about things like design and coding standards. They feel more relaxed and happy because they aren’t trapped in your “vision.” You make their work life freer, more creative and flexible.
Speaking of flexibility ...

You may think that successful startups have been run strictly by the books, that they fire staffers who show up late to work or don’t resume work on time after lunch breaks. While some companies are very strict -- Amazon and Apple come to mind -- others are pretty flexible. For example, VMware, a widely successful virtualization company, allows all of its employees -- from coders to secretaries -- to set their own working hours according to their needs.
Upwork, the largest online freelance marketplace with more than 10 million freelancers, is doing so much for remote workers. The company has an excellent flex work arrangement with super flexible office hours to keep their top software talents motivated.

Most software developers are big-time gamers. They like to decompress by playing video games, and they’ll never tire of the challenge of getting to the next level -- and the next. The playing itself fuels their creative juices.
While it cools them off, it also often helps them think positively and come up with newer and better creative ideas for their projects. Successful companies understand that, and they capitalize on it.

OfficeVibe, for example, has an impressive “gamified” workplace for its coders and other employees. The gesture will surely motivate the talents to work for the company a lot longer. Whether a developer is bored or they just need to take a minute to play, they can spend some time playing and recharging, and then they can resume their work more energized than before.

Recruiting and hiring software developers is not an easy task. With more available jobs waiting than developers to fill them, it’s not easy to hire and retain top software talent for your company. However, managers at big companies understand what motivates developers, keeps them engaged and encourages them to stay:

Give them these three incentives, and they’ll be all yours, hardly considering a transfer to anywhere else.
This Article Source is from : https://www.entrepreneur.com/article/315461