Power Modules for the Better Operation of Power Devices

by Mitsubishi Electric India Manufacturer and Supplier of electrical and electr

Power modules are components that help provide a push or physical containment to various power units that are integrated into an electronic or electrical device. However, one of the most common devices where power modules are used, are semiconductors, which are also known as dies. These dies are basically soldered onto the power electronic substrate that carries the power semiconductors, allowing for the supply of electrical and thermal contact, and electrical insulation, wherever necessary. Power modules are designed to have a high power density, which makes them more reliable, durable, and helps electrical or electronic devices operate much more efficiently. 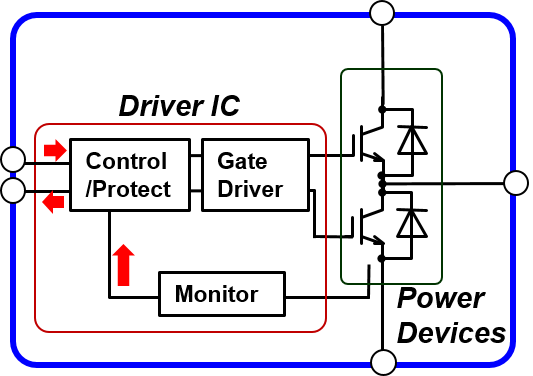 Today, as technology is advancing, power modules manufacturers are coming up with advanced modules for different devices that allow for much more effective and convenient operation. The first power module was introduced to the world back in 1975; since then, this unit has helped in the constructive operation of power devices. Other than their extensive application in semiconductor devices, power modules are also used in power conversion components like embedded motor drives, industrial motor drives, AC-DC, and welder power supplies. Power modules can be also found in renewable energy inverters like solar power panels, wind turbines, electric vehicles (EV), and tidal power plants.

Following are the major types of power modules that manufacturers offer –

The Different Networks of Power Modules

Power modules are designed with a single power electronic switch like the Bipolar Junction Transistor (BJT), Junction Field Effect Transistor (JFET), Metal Oxide Semiconductor Field Effect Transistor (MOSFET) or a simple diode. But, along with these, the modules also have several semiconductor units that form a structured electrical circuit when connected. This circuit is known as ‘Network Topology’ or just ‘Topology’ at times. The other electrical components included in the designing of power modules are –

Some of the most common network topologies of power modules are –

With power modules in place, the desired power control required for the operation of devices can be achieved efficiently.

Manufacturer and Supplier of electrical and electr