Browse Articles  »  Technology  »  PCB PCBA-Devices In Which Are Applied

PCB PCBA-Devices In Which Are Applied

PCB PCBA are very common used in all Electronic equipment and appliances,as well as in nowadays consumer electronics products.

1.What are PCB PCBA

3.Consumer Devices in Which PCB PCBA Are Found

1.What are PCB PCBA

PCB refers to printed boards that supply a layout data that is used to mount components. A printed circuit board provide mechanical support and connect electronic components. The board is connected using pathways and signal traces which are made of copper sheets and laminated on a non- conductive substrate. 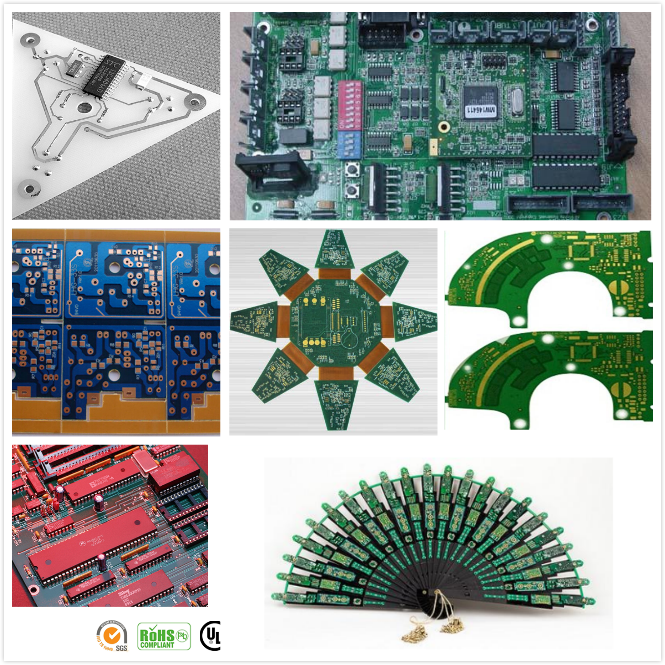 A board that consist of tracks without circuit elements such as resistors and capacitors is referred to as a printed wiring board. However, the use of such boards has fallen by the wayside and instead the commonly used boards consist of components such as diodes, resistors and capacitors among others. Today, PCBs are used in electronic devices and allow automated assembly which was not practical in the earlier circuit assembly processes.

When the PCB is populated with electronic components, it is referred to as PCBA (printed circuit board assembly). PCBAs are used in a wide range of appliances that play a critical role in our daily routine. They are found in smartphones, kitchen appliances, and many other electronic components. In the modern society, the use of PCB in devices is widespread and come in an array of configurations that allows them to be deployed in a variety of functions.

The application of PCBs continues to grow and spans across industries. They are the functional centers of electronics. The boards allow components to connect to each other via a series of circuits.

PCB PCBA are recognizable. They are small green chips that are used in electronics and come in a number of configurations that allow the PCBs to be used in a variety of applications. The following are some of the devices in which PCBs and PCBAs are used.

Both PCB and PCBA are widely used in the healthcare industry. They are used in diagnosis, treatment and monitoring devices. The application continues to grow as technology advances and electronics become more efficient. PCBs that are deployed in the medical devices are highly specialized to fit the constraints of medical equipment. They come in different sizes that meet the requirement for emergency room monitoring or implants. As a result, the medical PCBs and PCBA tend to be high-density interconnect. They are made of flexible base materials that allow the PCBs to flex when they are in use. It allows them to be used in both external and internal medical devices. Note that medical PCBs are held to high standards because of health implications that are associated with them. Such PCBs and PCBAs must be reliable and repeatable. Also, they must comply with the set medical regulation and standards.

The application of the devices is continuing to grow as the medical fields continue to grow. Some of the commonly used medical devices that utilize PCBs include:

Monitors- they are used in the manufacturing of monitors such as blood pressure, heart rate, and glucose monitors.

Scanning technology – PCBs have been applied in ultrasound technology as well as CT scanners.

Control system – PCBs can be found in equipment that is used to control fluid infusion and in those that control the flow rate.

Internal Devices- PCBs are used in the manufacturing of heart pacemakers and other internal devices which can be used in maintaining patient’s health.

Scientific equipment – medical research makes use of scientific instruments and equipment in their studies. They also use electronic devices for testing and diagnosis. The instruments include photometers, microscope, control system, compressors, and generators. Most of this equipment makes use of PCBs and PCBAs.

Consumer electronics – they refer to all the electronics we use in our daily activities. They include the smartphones, refrigerators, computers which all utilize PCBs and PCBAs. To meet the demand for PCBs, it is critical that a high volume of PCBs be manufactured due to the rising demand. It necessitates that PCBs should be manufactured in large quantities. This means that strict quality control measures and standards must be put in place to ensure that the electronics function as expected.

3.Consumer Devices in Which PCB PCBA Are Found

Mobile devices- tablets, smartphones, and laptops are used extensively by consumers. They offer a wide range of functions ranging from communication, alarm, and GPS. All these devices including other peripheral devices that are associated with them contain PCBs.

Sound systems – all sound systems ranging from video game console and DVD players and televisions rely on PCBs and PCBAs to function.

Industrial applications-PCBs and PCBAs have found a lot of applications in manufacturing facilities and factories. They are designed to survive harsh conditions which are found in industries and industrial installations.

PCBs and PCBAs that are widely applied in domestic and industrial equipment must be of high quality and meet high standards and criteria. Those that are used in industrial installations should be capable of withstanding vibrating machinery, harsh chemicals, and rough handling. It is, therefore, up to the manufacturers to ensure that strict standards are adhered to when creating them.