Miccoli, The Cool Band Is All Set to take the World by Storm with Their Stellar Music 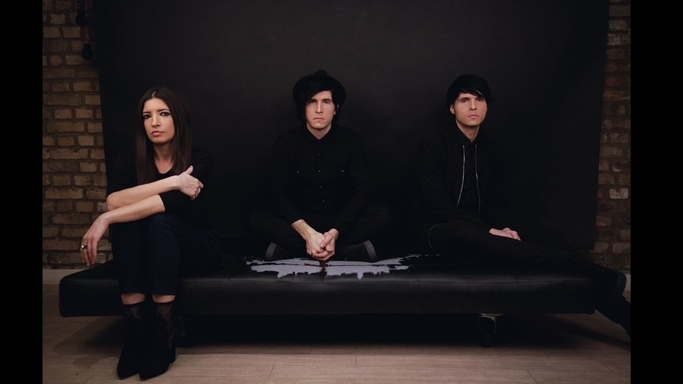 The ‘MICCOLI’s debut album titled “Arrhythmia,” released in 2020, managed to steal the hearts of millions, which was made evident by its 1,000,000 streams on Spotify in just the first year of its release. The best aspect about this cool band is that it is the joint of efforts of three amazing sibling gang, who are pros at their work. Twin brothers Adriano and Alessio and sister Francesca: the Miccoli siblings, create each aspect of their art from videos, artwork, song writing, production, and photography, bringing forth a fully functioning record label in their own right.

The three siblings hailing from the UK were intensely inspired by the Fleetwood Mac, The Police, Simon, and Garfunkel, with elements from Motown sprinkled to add some dash of exoticness.  Each of the siblings is trained classically, contributing their distinct part responsibly, which explains why their band has taken a smooth flight to the horizons of fame.

Kickstarting their musical journey in 2010, Miccoli has produced an eclectic mix of studio and live recordings that resonates with their signature sound and testament to the depth and diversity of their creativity. This uniqueness adds the elements of originality to their music. In fact, the real aspect of the Miccoli is all that makes it matchless, where each singer of the band hits the notes marvelously, straight from the soul combining art, story, and song in perfect unison.

In 2017, the breathtaking band managed to go viral on the web with their heart touching single ‘Lights,’ which is crafted to take the listeners on an eccentric musical journey. Taking the motivation from The Police, the song serves to give the groove for which Miccoli’s signature music is highly admired across the USA.

Starting from the guitar and keyboards and then blending soul-stirring vocals into the soothing melody, the song takes off to become an energized upbeat tune. The vocals of Miccoli’s is explicitly tremendous, which will leave you in the depth of graceful harmony by mastering the sweet spot. Each of the tracks that Miccoli creates mindfully is extremely alluring yet simple; the band has been able to conquer the hearts of fans by giving them a sense of musicality. The incredible videos of the band have also been featured on reputed channels, including MTV, the VH1, and Bliss TV in the UK, with tracks also receiving airplay on BBC Radio 2 and BBC Radio 6's Introducing, which speaks volume of their exceptional musical work.

Comprised of a team of three experienced sound engineers and vocalists, the Miccoli creates on-spot music by doing each bit of recording, producing, and creating on their own. Significantly, while incorporating Pop, Rock, Folk, Blues, Classical, and the sounds of Motown, Miccoli has been indulged in creating stellar music which spans in various genre.

Therefore, to further experiment and bring forth new amazing tracks, Miccoli has signed a distribution deal label services with the orchard/Sony along with signing collaboration with North Star Media, a licensing and publishing company. We look forward to hearing more amazing songs by the exuberant sibling squad.