Browse Articles  »  Computers  »  How to Enhance Performance on a Linux Environment

How to Enhance Performance on a Linux Environment

by Jack Tucker IT Support Engineer
Linux can be a whole different world for the ones who are used to the Windows environment. It is an open-source operating system, which has been loved by a lot of people since this OS was released in 1991. In the early 2000s, Linux was associated with the LAMP web development stack. This operating system is based on the Unix ecosystem. If we consider the critical difference between the Linux operating system and Windows, Linux offers a command line interface rather than a Graphical User Interface. 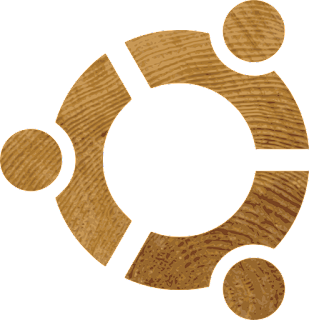 The experience of using the command line environment is much different than the Windows environment. You usually click on icons on Windows, but you need to operate Linux through various commands. Linux will be no less than a foreign language for those familiar with Windows user-interface.  It is a powerful and versatile platform for using, though it will be hard initially. Once you get used to it, the result will be worth it.
Linux is famous all around the world because it can be ideally be used for various purposes, not only as an operating system. It is ideal for CMS or CRS server, office intranet server or web server, domain or mail server, and more. For using Linux smoothly, you need to follow the tips given below.
1. Disable unwanted components
There are a lot of background services and components that come with Linux. Though not all of them required. They take extra space in CPU and consume RAM and hence the best solution is disable them. Once you disable these services, you can decrease startup time as well as free up memory. You can remove up to 120 MB of RAM after you disable the dedicated software packages.
2. Get the system updates from time to time
Linux also provides a considerable number of distributions, like Cent OS, Fedora, Mint, Ubuntu, and more. However, its most renowned version is Ubuntu. With every release, exclusive fixes and security patches are included. And, you must get the recent version of any platform of Linux that you are comfortable with. By doing this, you make sure all the applications, clients, and services run smoothly and securely. Sandbox is highly recommended for testing updates and detecting any potential issues.
3. Disable GUI if you don’t need it
GUI isn’t necessary as everything can be operated smoothly through command-line. It also saves memory and CPU cycles as well when you have no GUI on Linux territory. For the windows users, however, no GUI can be a foreign concept. If you want to disable GUI, you must set “init level” to 3 instead of 5. But still, if required, it can be initiated manually through startx.
4. Keep the TCP protocol optimized
For improving network among applications that demand constant connectivity, it is essential to keep TCP protocol tuned. Those who access large TCP Linux sizes for connection over wide-area networks especially need to consider this. As this tweak helps improve data transfer rates.
So, these are a few of the best tips for enhancing performance on a Linux environment!
Raven Cross has been writng books and magazine for different book publishers and print media before shifting to digital media in 2007. He writes about Internet, latest changes in Antivirus softwares such as McAfee.com/Activate, Artificial Intelligence and robotics on his different blogs.
Source : Enhance Performance on a Linux Environment