To win this transnational lottery EuroMillions, you need to get all seven numbers correct. It first made its debut on February 7nd 2004, and the first numbers got drawn almost one week later, on February 13th. The first lotto winner was a Frenchman who won a whopping €15 million.

Spain, Paris, and the United Kingdom took part in the first EuroMillions Lottery on February 7th, 2004, for a jackpot of €15 million. It became a defining moment when Switzerland, Austria, Ireland, Belgium, Luxembourg, and Portugal joined in the same year.

By 2009, new rules were implemented concerning rollovers in the lotto. These include:

●       The jackpot will stay the same for the next draw if it gets won, and any additional money will go towards the jackpot pool for the next lower prize level. 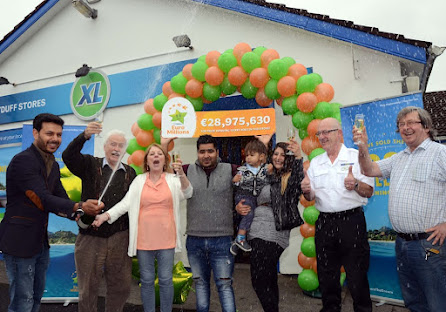 In February of 2021, the rules changed again for the Euro lotto, and the new cap for the jackpot will be €220,000,000. If the money is not won for five draws, the money will get paid to the following tier winners.

The biggest winner to date was on October 2nd, 2018. A Swiss player won an impressive €144 million in this Euro lotto. Are you the next big winner?

As with all games, there are some general rules when playing the EuroMillions Lottery. These include the following:

How to Play EuroMillions

Playing EuroMillions is easy! You can submit your ticket on your mobile phone, desktop, or in-store in the UK. Just follow the following steps:

●       Decide how many times you want to enter the lotto. You can buy up to seven lines of different numbers on a ticket.

●       Choose the draw days you want to play on. For example, you can play them all on Tuesday or Friday before 7:30 pm GMT or divide them between the two days. If you are playing with a physical ticket, let the retailer know before submitting your entry. You can choose to submit entries for up to four weeks, which is eight entries.

●       Pay for the ticket, and it costs €2.50 per line. This will ensure your numbers are registered. If you are playing the lotto online, log into your account, and your lines are secure and available for viewing.

●       Check the results. If you purchased your ticket in the store, you need to take it to your retailer and scan the ticket to find out if you have won. Winning tickets in the UK expire after 180 days, so be sure to claim your money as soon as possible.

How to check your results

You can easily check your results to see if you have won any prizes by simply using the EuroMillions website checker.

You stand excellent chances of winning the EuroMillions Lotto!

How to Play EuroMillions from India

If you want to play EuroMillions from India, you can play in the following two ways:

1.      Buy lotto tickets while you are in the country: according to Lottothrill.com, tourists can play and buy EuroMillion Lotto while in India.

●       Proof of identity must be supplied before any lotto prizes will be issued.

●       Should you win, you will have to return to India in order to claim your prize. Your prize cannot be claimed online, even if you won with an online ticket.

●       Substantial winnings will require lottery agents to pay the winnings via bank transfers.

●       Smaller prizes will be debited into player's accounts