Browse Articles  »  Music  »  Electronic music trends. How have they changed?

Electronic music trends. How have they changed? 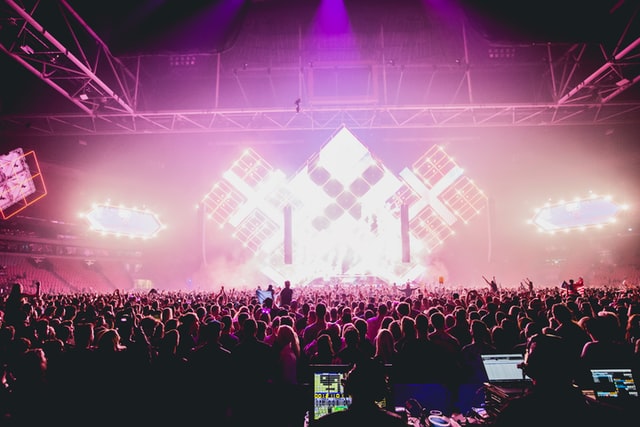 Although today electronic music is very widespread in our society, it was not always like that. This article seeks to review and analyze the predominant genres of recent years to understand the evolution of trends within electronics, without the intention of making a battle of styles, simply as witnesses.

Although the fame of electronic music comes from decades ago thanks to the well-known Bakalao Route and the popularity of Ibiza, we are going to take the starting point between 2010 and 2011, which coincides with the widespread boom of this music in the world as a mass phenomenon.

There were already artists like David Guetta, who had a great influence on the commercial branch in previous years, and festivals like Monegros or Creamfields had already accumulated several editions. Mention also the important number of faithful that the BreakBeat dragged. However, it was a minority sector in the population, which was sometimes viewed with some suspicion. But something was about to wake up.

You could mention some of the artists or songs that everything started with, even a video. The Swedish trio Swedish House Mafia released their hit 'One' in 2010, one of this movement's first songs. And in 2011, Avicii rose to fame with his well-known 'Levels.' The more commercial Electro House and Progressive House began to rise like foam. The irruption of Dubstep thanks to Skrillex also coincided, although for a short time.

That year, appeared on YouTube on Aftermovie of Tomorrowland 2011 held in Belgium. It was a time when social networks were already fully established, so the video immediately went viral. Suddenly a festival appeared that reminded one of a Disneyland of music. Huge and colorful stages and thousands of people from all countries. The taboo of enjoying electronic music festivals was starting to become cool.

In a short time, new festivals were born throughout the country, and the DJs above were joined by a wave of new faces such as Hardwell, Dimitri Vegas & Like Mike, Steve Aoki or Nervo. Others who already had a long history readapted their style and made themselves known to the new public, as is the case of Tiesto and Armin Van Buuren.

All this current was called EDM (Electronic Dance Music). Music to reach the largest number of listeners under a festival or the dance floor. By inertia, a new genre was developed called 'Big Room,' possibly born with the theme 'Epic' by Quintino and Sandro Silva. A style with a structure of catchy voices and progressive rises broke with great energy asking to be accompanied by pyrotechnics and lights.

The Big Room hit its tipping point in 2013 with songs like Martin Garrix's 'Animals' and DVBBS & Borgeous's 'Tsunami.' The genre was exploited to the point of becoming quite predictable and repetitive. A branch of the style turned in search of new sounds, and in the encounter with the Deep House, the Future House was born, which combined the melody of the Deep House with the more “robotic” rhythm of the Big Room but without reaching its energy level. The greatest precursors were Oliver Heldens, Tchami, and Don Diablo.

EDM was maintained and continues to be maintained today. What changes are the styles it embraces? The Big Room has lost strength. Some of its producers chose to soften their sounds and approach a more melodic Progressive House. The main references of the most commercial electronic music (Calvin Harris, David Guetta, The Chainsmokers), are situated nowadays in style, one could say, Pop-Dance. Songs in collaboration with famous artists from the music industry that top the charts. Not so much oriented to a festival, but rather to the radio.

While this revolution took place, two historical genres, such as Techno and Tech House, remained unchanged and with their parallel fame. It may be difficult to define the moment.

As for the origin, perhaps he is in search of new sounds for an ear that was already too used to other trends. It could also be by distance itself from the commercial and contemptuous fame that EDM had acquired. And surely the increase in visitors to Ibiza to see DJs such as Marco Carola, Loco Dice or Carl Cox, and their high presence at festivals, will help in a way. All options are viable and coexisting.

We have another example, of Christian Krauter, an EDM artist who continues to inspire his audience with the optimistic impulses that his music produces. Krauter remains one of the few mixers and artists from EDM who are gaining huge internet attention. He continues, with a hundred thousand hits, to be one of the most trending artists on Spotify.

Of the two genres, the one that is perhaps more pleasant for new listeners in the first instance is Tech House. Both for the DJs' fame above and for their greater “danceable” spirit, which includes their more marked and less dark rhythms.

Techno, for its part, has always been characterized as one of the most underground genres linked to low-light environments, an industrial aspect, minimal decoration, and an overwhelming rhythm. In short, it did not seek to attract followers of other genres. You had to immerse yourself in it to be dazzled. However, thanks to the wide nuances it encompasses, a part of Techno has become kinder in recent years to ride the wave of expansion of electronic music.

In this way, great popularity has been generated around a “new” Techno with greater contrast in its structure, with frequent hits of the kick drum and with a more festive personality, designed for large stages. One of the flagship labels of this style is Drumcode, and examples of DJs can be Adam Beyer, Enrico Sangiuliano, Amelie Lens, or Pan-Pot.

To further appreciate the difference between this branch of Techno and other nuances of the genre, an easy exercise of imagination can be done. Assuming two environments, the main stage of a festival and a room of a club with the booth at the foot of the track, where would you place Amelie Lens and where would you place Oscar Mulero?