Curiosities about Sagrada Família in Barcelona

Today we are going to talk about Sagrada Família, Gaudi’s masterpiece and Barcelona’s main attraction. This expiatory temple of the Sagrada Família, which is also a splendorous Basilica. It has a long story attached to it, just like many spiritual monuments.

We are fortunate enough to talk about the many curiosities regarding the city’s main attraction since the history of the building is still very recent. This monument is going to be finally achieved in 2026.

It is important to remember that it isn’t a Cathedral. There are some differences. Unlike churches or Cathedrals, Basilicas are inspired by Roman architecture and are a place of exchange and really ancient models. So, Book Tickets now and grab this amazing opportunity of experiencing the beautiful Sagrada Familia.

Below are some things to keep in mind when talking about the curiosities that surround.

Regarding the actual construction, the original project was very different. It was a neo-gothic church built by another architect named Francisco de Paula del Villar. But a series of events got to Antoni Gaudí. Gaudi discarded all the things that Villar had in mind and dreamed of a construction that would transcend any style of architecture. It was in 1883 that the Sagrada Familia initiated its realization. 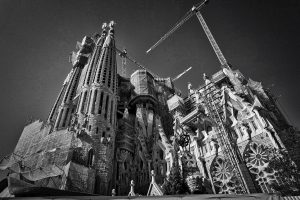 Gaudí died before the Spanish Civil War which took place between 1936 and 1939. There was a tragic event that occurred in the history of the temple during this time. There was a fire that Gaudí’s workshop suffered during the Civil War. The anarchists set on fire a major part of the construction, which resulted in the workshop suffering serious damages. Many of the models and plans made by Antoni Gaudi disappeared forever, along with his studio. 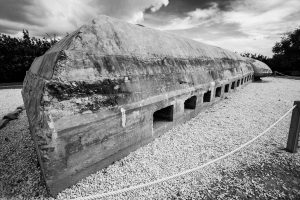 Due to the fact that this is an expiatory temple, it encouraged many followers to donate. However, due to extended periods of low funding, the construction has lasted a long time. Since the donations came from regular people that were asked to participate, they were pouring into the project and came little by little at a very slow pace. These donations came from the peasants who were asked on the streets, during the dictatorship of General Franco. The Sagrada Família charges entry fees to the visitors in today’s date since the temple has finished its interiors. Now in order to make sure that the construction will end in 2026, it’s been mostly overfunded.

The Sagrada Família was initially a part of the urban planning and wasn’t only an architectural project. The Façades of the Basilica were supposed to be encompassed by a park. There were many ideas that came to light. One of the architect’s projections were that there would be a park that when seen from above, would make the building seem like it’s in the core of a star-shaped open area. A star you ask? Oh yes. This monument is mediatic and is considered the superstar of Barcelona. It was even featured on the Simpsons! 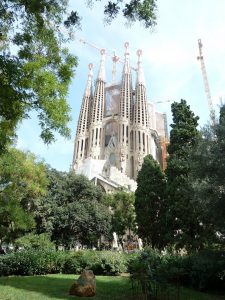 And that’ll be all folks. Let us know what you think of these facts in the comment section below!