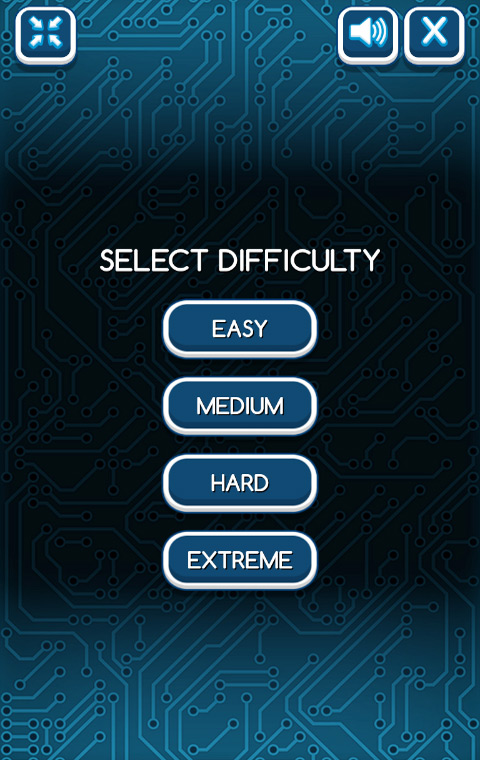 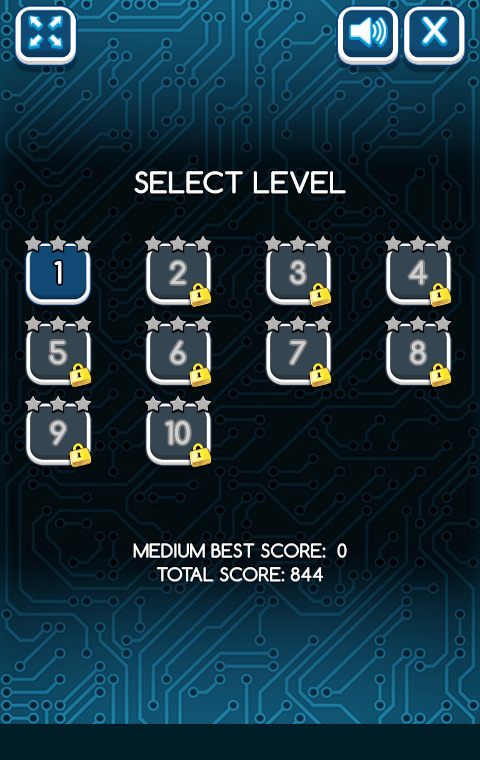 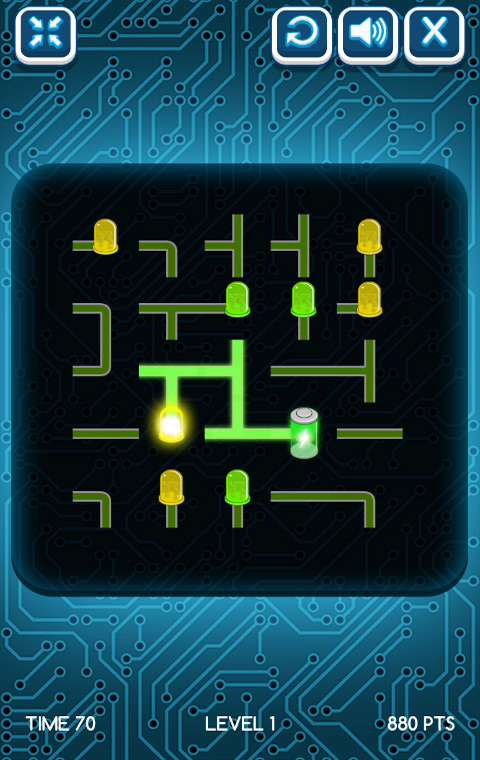 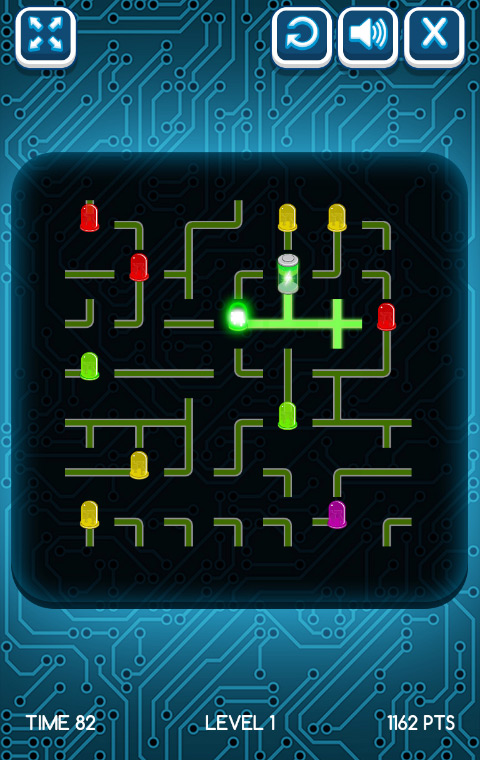 Use your intelligence and switch on all the lights as soon as possible.

A fun game that it will improve your mind.

In the game, you have to complete the circuit paths between the battery and the led lamps and you must switch on all of the lamps as soon as possible.

The game has 4 difficulty stages :

- The game consists a battery, circuit paths and LED lamps.

When you touch the circuit paths, the direction of this paths changes. You must connect the paths to each other and to battery as properly so that all the lamps are lit.