CBG Hemp Flower - All That One Needs To Know

CBG is an abbreviation for cannabigerol, which is known as the "precursor" of all cannabinoids. CBGA is present in CBG flowers (cannabigerolic acid). CBGA also differs from other cannabinoid acids in that it does not convert straight into a final solution like CBD, CBN, or THC. CBGA, on the other hand, is what the marijuana plant uses to produce other cannabinoid acids. When heated, CBGA behaves similarly to a parent cannabinoid acid, breaking down into THCA (tetrahydrocannabinolic acid) and CBDA (cannabidiolic acid). In this article, the discussion is going to be about CBG hemp flower, and all one needs to know about it.

What Is A CBG Hemp Flower?

Now that we know what CBG is, let us understand the concept of CBG hemp flower. CBG flower is basically the smokable flowers or buds of a marijuana strain high in the cannabinoid "cannabigerol." When smoked, it has medicinal and non-intoxicating properties that differ from CBD. Cannabis flowers are often the most cannabinoid-dense component of the plant and hence they are the most commonly used. CBG flower from hemp resembles marijuana flower but contains only a trace of Delta 9 THC. As per the Farm Bill of 2018, hemp must have less than 0.3 percent THC by weight. Anything higher is cannabis, which may be prohibited in your area. 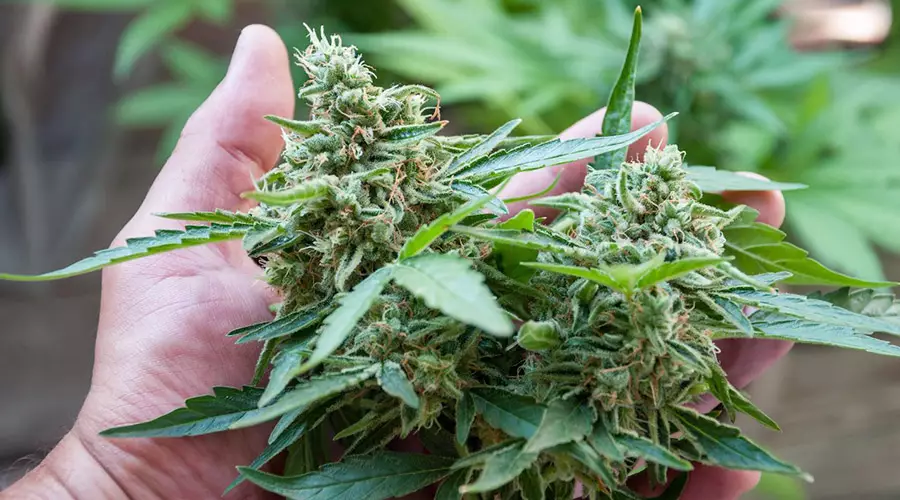 How Is It Being Produced?

CBG flower, like cannabis and hemp flower, is grown naturally and contains various cannabinoids. But, the real world fact is that all cannabis contains a high CBGA (cannabigerolic acid) content while they are young.

CBGA is referred to as the "mother of all cannabinoids" since it is the first molecule produced by the plant to generate the three main cannabinoids: THC (tetrahydrocannabinol), CBD (cannabidiol), and CBC (cannabichromene).

CBGA progressively converts into other cannabinoids as the budding cannabis plant ages. Specific enzymes degrade CBG, converting it primarily to CBDA or THCA, but also to CBCA. These are converted into CBD, THC, and CBC by heat and light.

CBG flower is just a cannabis flower picked before the plant reaches maturity. The young flower contains a high concentration of CBG.

What To Choose - CBG Or CBD?

When it comes to choosing the best substance for personal use, people often get confused between whether they need CBD or CBG.

Well, both are substances that have radically different ways of working after they interact with the human body.

When it comes to CBD, it happens to indirectly portray its effect on the human body’s endocannabinoid system. CBD hemp flower therefore, doesn’t work directly with the nervous system.

On the other hand, when it comes to CBG, the hemp extracts of this particular substance interact directly with the CB1 and CB2 receptors of the brain, and can prove to be of massive help if CBD does not seem to work for someone.

Therefore, these are some of the things associated with CBG hemp flowers that everyone needs to know and be aware of before they go out and decide to make a purchase.