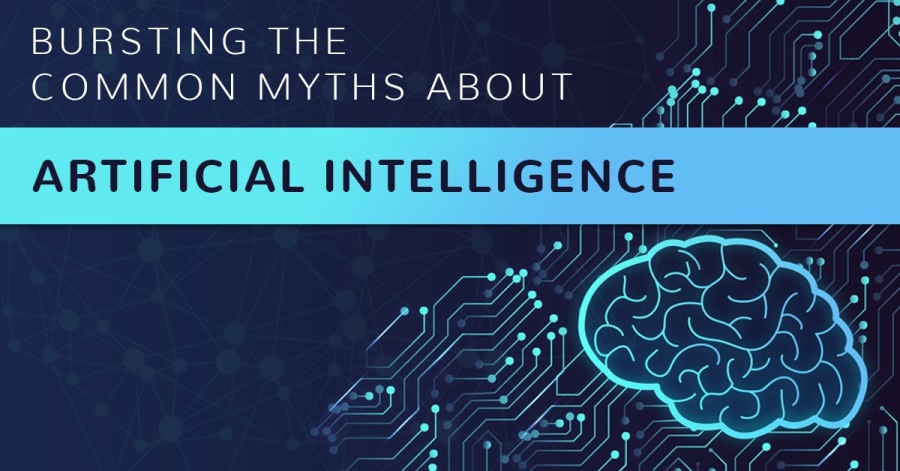 As it happens with every technology, the increase in usage of AI has led to several misconceptions about the technology. There are beliefs that there are only a handful of skilled AI researchers and companies. Therefore, your organization needs to employ only those to make the most of the technology. Although, these statements aren't right as Artificial Intelligence is widely accepted and implemented by several experts around the world.

Thus, to shred all your misbeliefs about AI technology, let us dug down deep and find out the top 7 myths about Artificial Intelligence.

Know the truth about AI from Misbeliefs

Machines Learn on its Own

People often get mislead when they believe that Artificial intelligence is a technique that doesn't require any human interference. They need to understand that AI does not work in the same manner in which a human brain does. The human brain inspires segments of AI, but that doesn't mean that it is equivalent to the human mind. Human intervention always helps in doing the task accurately and proactively as the AI technology will work in tandem with human intelligence.

Replacing Humans at the Workforce

This Misconception is familiar with all the new technologies when they come into the market. With Artificial Intelligence, people fear that it will eliminate the necessity of humans in doing a specific task. This thought about the AI technology is not right as it will help in doing minor, more straightforward tasks and not replacing the entire job titles. For Example, Artificial Intelligence will help an eCommerce website in remembering the buying patterns of the users, thus making customer retention and product placing easier.

Artificial Intelligence is not creative

Many of us believe that Artificial intelligence only works on that is provided to it without giving many inputs from its side. It does not hold as, like humans, where we draw our creativity and inspiration from clubbing together different sources, and AI technology uses the same technique. The generative models in AI use this logic that helps it to find specific patterns that often get unnoticed by the human eyes. It helps the organizations to work on even the smallest possible angle and march ahead of their peers. Artificial intelligence becomes their apt ally during this whole process. It has a state of art algorithm that helps in synchronizing the information which can be used well during the analysis process.

Artificial intelligence is all about analyzing the fact and giving a clearer picture. By no means can AI say that why a particular thing has happened although, with the advancement of technology, the current AI systems are capable of providing general reasoning. Moreover, AI cannot predict things as the algorithm works on facts instead of results that have no proof attached to them.

For Example, Artificial Intelligence can help you find out if a machine is not working correctly and ways to rebuild it, but it will not tell you the reason why the engine broke in the first place. If an ample amount of data is provided to the AI technology, it can create a relative platform by which people will face fewer problems in facing a situation rather than predicting the situation.

AI is only for the Elite

The First thought that comes before implementing the AI technology is that the organizations think that Artificial intelligence is only for the Elite. Not everybody can afford or use it. The reality is starkly different from it. AI is an open-source platform that enables anyone willing to dig in deep to work with the technology. Thus, you do not need a Ph.D. degree to be able to work on Artificial intelligence as the technology is just not limited only to the Elite.

AI is an open-source platform and thus provides a wide range of developers that can help you during the process of technology development without any hassle. You can integrate all the latest inventions with Artificial Intelligence without making much change to the already ongoing process. For instance, integrating AI and Big Data into a business system can be an effective way to improve business ROI in the long run.

Not a secure Technology to include

It is also a widely running misconception that for incorporating AI into the system, the organization has to make many changes into their existing system, which is not valid. Instead, if the organization starts using Artificial Intelligence regularly, it will comprehend the system very quickly. It will reduce all the tedious manual process that makes development longer and time-consuming. The company does not need to cut corners to execute AI in its operation or require more engineering or computational power. Thus, Artificial intelligence can be used by companies of all shapes and sizes without the boundaries of sectors or countries.

Data in, Intelligence out

Many companies believe that as soon as they input the data in the Artificial Intelligence System, it will give them the desired result that they were looking for. But, in reality, the AI system needs some form of background information about the machine or system that it is working on to provide accurate data in the long run.

For Example, if the organization wants its AI system to find out the durability of the machines and which machine is going to fail next, they need to provide the data of previous instances of failures and other relative information.

Artificial Intelligence can serve as a boon for the organization only if they know that it is only a technology that is invented by humans and can work exceedingly well only with human intervention. Moreover, the companies need to sort their necessities and targeted audience before implementing Artificial Intelligence for best results.