Biryani on Train: Taste the Best Flavor During Journey!!

by Rail Recipe Director
Biryani is the dish that unites all foodies across the nation and every Indian enjoys eating it. It is as widespread as the cheese in every food blogger's videos. It is also interesting to note that different parts of the country make different types of biryani. Biryani gives us a combination of delicious delights.
But where did it all start, and how did biryani get so much fame? Let's find the answer. “Before we move towards an answer, if you are traveling by train and looking for biryani. RailRecipe will serve you the best food option from the elite class restaurants. Call us at 844-844-0386 and place your food order with us”.

Biryani is an Urdu word that derives its name from the Persian Language. People are using this language in various parts of medieval India by different Mughal rulers. It is derived from the Persian word "birinj," which means rice in the Persian language. Yet, another story suggests biryani gets its name from "biryan" or "beriyan," which means fry or roast. It is still a mystery that from where briyani got its origin from.
You can find different varieties of biryani in North India, where Muslim dishes are more like Delhi, Lucknow, and other cities. Southern India uses rice as a staple meal. There are many varieties of biryani that you can find in Telangana and Tamil Nadu.
[caption id="attachment_1871" align="aligncenter" width="700"] 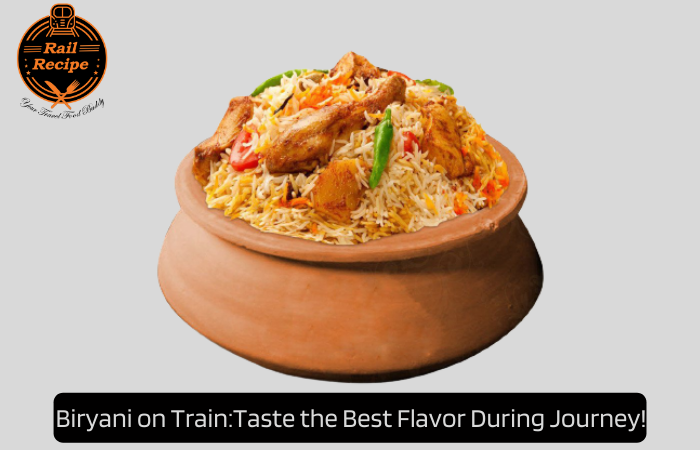 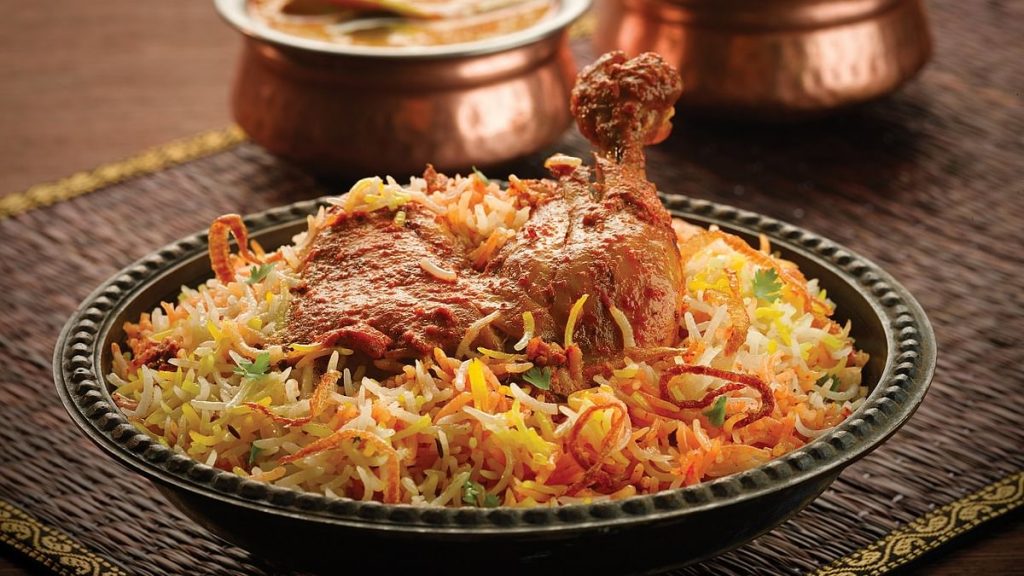 Lucknowi biryani is a Northern Indian recipe that uses spices like cinnamon. It is often served as a celebration meal and prepared in a 'dum" style. Kolkata biryani is made with mild spices that originate in Kolkata only. Moreover, the pieces of chicken or mutton are also present in it for giving its fantastic taste. As the name suggests, it is a Sindhi dish that initially originated in Pakistan. It has a spicy flavor because of the prominent use of chilies. The making of Sindhi Biryani with different spices and potatoes gives it a unique taste . It is as, like Sindhi biryani and potatoes, chilies and spices were added to it. However, it also includes lamb and tomatoes.

The Famous Biryani of Hyderabad 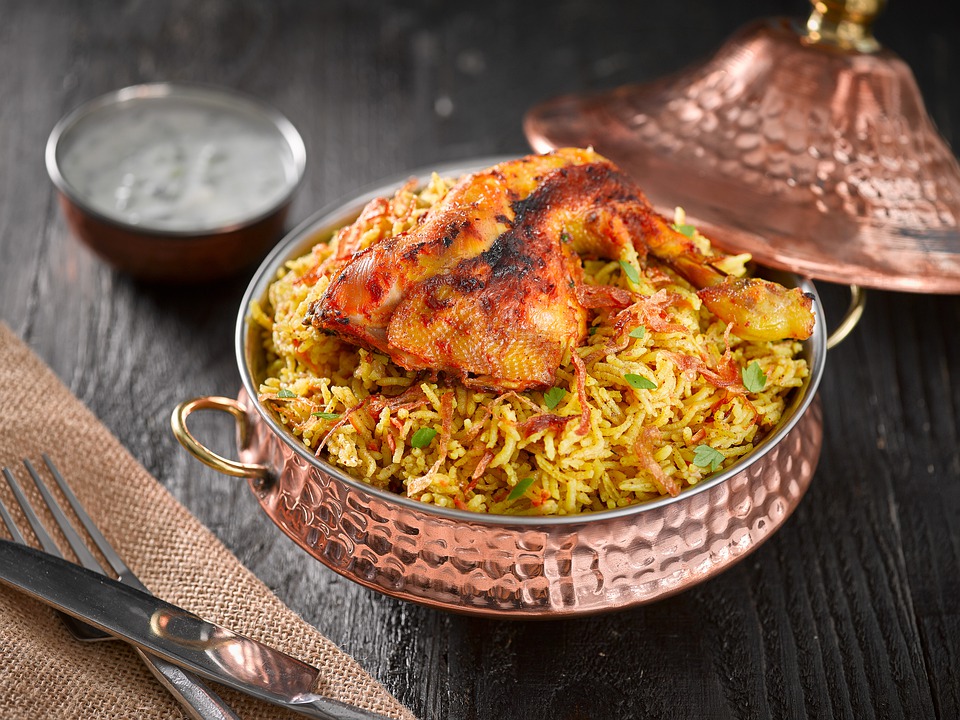 Biryani[/caption]
Hyderabadi biryani comes in two forms:
1) Pakki (cooked)
2) Kacchi (raw)
You can either cook the rice and meat separately and combine them in the end. However, in Kacchi Biryani, both raw lumps of meat and rice are placed on cooking together. They are slow-cooked to get the authentic texture of food. 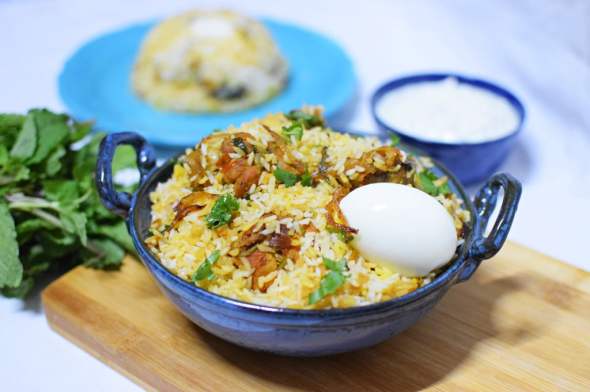 Malabar biryani is available in the Malabar region of Kerala. A paste made of green chilies, cinnamon, cloves, and cardamom is used in making of Malabar biryani. 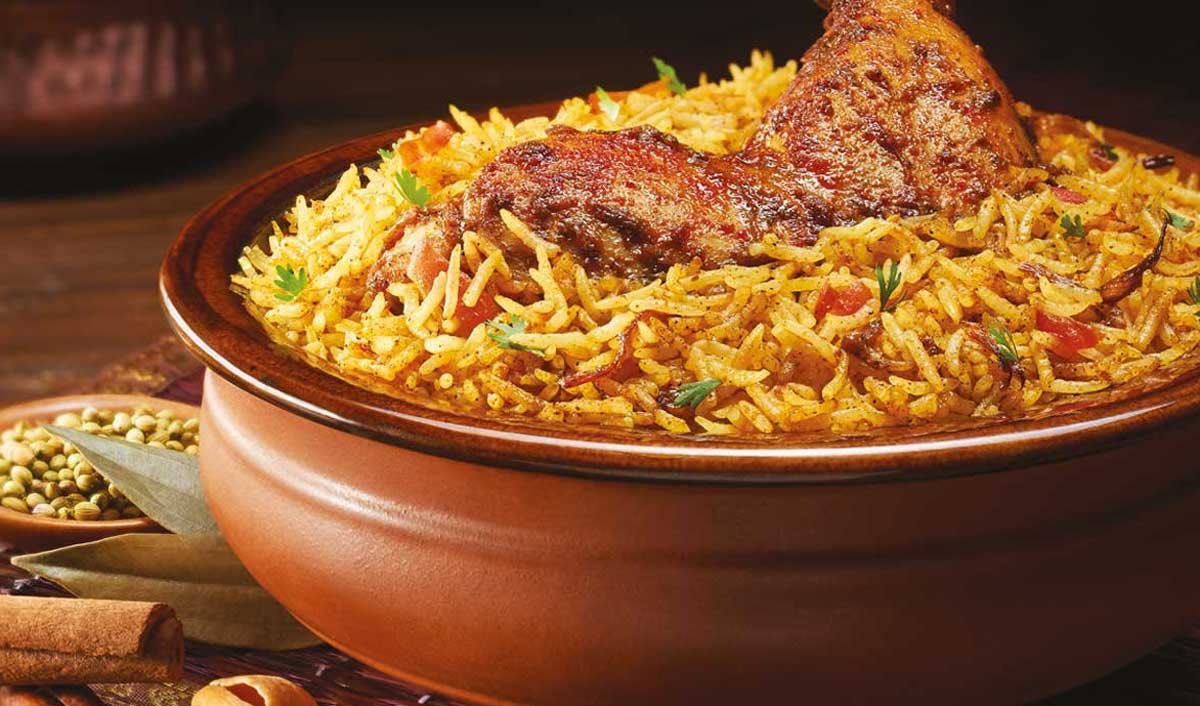 The lemon curd and lemon juice give Dindigul biryani a tart flavor. This biryani is usually made with chicken or lamb, and you can find this dish in the southern region of India.

Why is Biryani So Popular?

The Uniqueness in Different Variety of Biryani on Train

Confused between biryani and pilaf, we are here to clear all the air bubble that surrounds you:

How to Order Biryani from RailRecipe?

Here we are listing step by step procedure to order your favorite Biryani on train with RailRecipe:
Alternatively, you can call us at 844-844-0386, and our customer support executive will assist you with your food order.