Horror movies are often borrowed from the real- world events, crimes or rumors. There are many horror movies out there, some are way too scary, and some fail to scare us at all.  Have you ever thought that the films that you are enjoying in a theatre, or maybe on weekend nights on your bed might be a true story? And the same horrific incident might have happened to someone in this world. No? Then think about it. Think of any spooky scene from a scary movie you have recently watched, and imagine if that happened somewhere. In this article, we will talk about those horror movies which are based on actual real crime events. 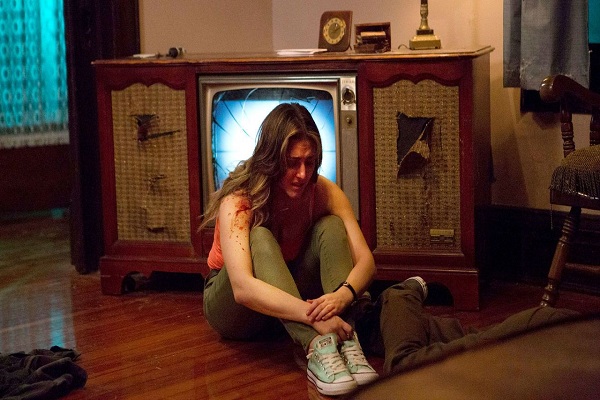 Crimes and people are scarier than any ghosts. The world is filled with such heartless crimes. Numerous horror movies are based on horrifying real-life events. The idea of a real-life incident is more frightening because the audience thinks the same could happen to them as well. They could be the next person to go unexpectedly missing or the next victim in a cannibal’s spree. The real world is itself very terrifying, and when it combines with the horror movie, it becomes even more horrifying. So let’s begin the list.

The Silence of the Lambs

The Silence of the Lambs is an American psychological horror movie, directed by Jonathan Demme. Ted Tally wrote the screenplay of the film. The movie was an adaptation from the novel of the same name written by author Thomas Harris in 1988. It is a film about a psychopath serial killer “Buffalo Bill”, who used to kidnap young women and killed them. After ruthlessly killing the girls, he used to remove their skin. The story was based on Ed Gein, who was also known as Butcher of Plainfield.

Gein was a psycho killer who used to abduct women and skin them. After removing their skin, he used the remaining to craft full face masks and household items. In the movie Silence of the Lambs, Buffalo Bill did the same with his victims, and he also crafted several household things with the remaining from his victims.

In this particular movie, there was also a scene based on the popular technique of Ted Bundy. Bundy was also an American serial killer. He went around with a cast on his arm and asked women to help him by loading his truck since he was injured. Then once women felt sorry for his situation and came forward to help him, Bundy would toss them into the trunk alive. Bill also did the same in the film with Catherine when he abducted her.

Like Buffalo Bill in the Silence of the Lambs, in this movie the psycho killer, Leatherface is also loosely based on Ed Gein. Leatherface and his family were known to be cannibals. Ed Gein also had the same trait. In the movie, Leatherface was deformed, and therefore he used to steal pieces of victims’ faces and made his iconic face mask.

Psycho is also an American psychological horror, released in 1960. The movie was directed and produced by Alfred Hitchcock and written by Joseph Stefano. The movie was based on the Robert Bloch novel of the same name. The film centers around the killer and motel’s owner Norman Bates and a secretary Marion who came to his motel. The killer in the movie Bates was also loosely based on the famous serial killer Ed Gein. Bloch got the likeliness of the serial killers identical. In the movie, Norman stole the money from Marion after killing her. Then he put the corpse into the trunk of her car and pushed the car in the swamps. One of Gein’s crimes was necrophilia and grave robbery. Bates also had stolen the corpse of his mother and became her as an excuse, when he wanted to kill somebody. Gein’s mother was also very religious and isolated him from the outside world, just like Norman’s mother.

The Lighthouse is a psychological horror film, released in 2019. The film is directed by Roberts Eggers, who also was the co-writer of the screenplay with brother Max Eggers. The film was shot in black and white and in a square aspect ratio. The story is based on the mysterious missing person case from the Flannel Isles Lighthouse. In the real incident, three men went missing, who was last seen near the lighthouse. They were Thomas Marshall, Donald McArthur, and James Ducat. In the movie, the keep spoke of a horrible storm that was blasting the area and some strange phenomena. Although, reports had no such records of the storms at the lighthouse that night. Why the three men suddenly vanished is still unclear. Some say, it was the storm that might have swept them away, and some believe it was a supernatural phenomenon. The movie though was a much appreciated one and also was nominated for Best Cinematography at the 92nd Academy Awards and 73rd British Academy Film Awards.

Scream is an American slasher film with a Ghostface killer. The film was directed by Wes Craven and written by Kevin Williamson. It was also based on a real serial killer. The Gainesville Ripper, Danny Rolling, had murdered several students in Gainesville, Florida. Scream is one of the good scary movies, and Williamson had created one of the biggest slashers in the horror genre.

The Girl Next Door

The film “The Girl Next Door” and its remake of the movie, both are based on the case of the murder of a teenage girl, Sylvia. Her neighbors murdered Sylvia in 1965. Sylvia and her sister both lived with caretaker Gertrude Baniszewki. Baniszewki encouraged the kids from the neighborhood and her seven children to assault and abuse Sylvia to death. In the movie, though, the victim is a girl,  Megan, who used to live with her aunt Ruth.

John Smith is an avid technical blogger, a magazine contributor, a publisher of guides at mcafee.com/activate and a professional cyber security analyst. Through her writing, she aims to educate people about the dangers and threats lurking in the digital world.