by Richa Sharma Mobo Agency
Android app architecture is a consistent plan that requires to be made before the development process starts.  This plan offers a map of how the different app components should be organized or tied together. It presents guidelines that should be followed during the development process. Not just this, it also forces some efforts that in the end will help you to construct a well-written app that’s more testable, and maintainable. That’s why; every Android App Development Agencies follows app architecture to build innovative apps.  Because, a good Android App Architecture takes many factors into consideration, especially the system characteristics and limits. There are plenty of different architectural solutions out there, all of them with pros and cons. Though, some key concepts are common between all visions.

But here, I will give you Android Architecture Guidelines; with the help of this, you will be able to make good and secure android apps.  So, have a quick look…

A good android app should provide a solid separation of concerns and drive the UI from a model. Any code that does not handle an OS interaction and UI should not be in a Fragment or Activity. It’s just because, keeping them as clean as possible will allow you to avoid many lifecycle-related problems. Yes, the system can destroy Fragments or Activities at any time. Moreover, the data should be handled by models that are isolated from the UI, and consequently from lifecycle issues. So, read this article, to understand the Benefits of Android App Development Architecture…

Now, let understand the works of each Android Architecture Components… 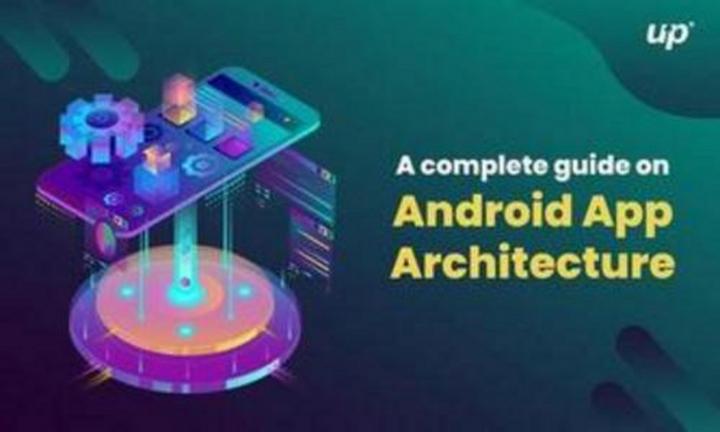 The LiveData Component
The LiveData component is a data holder that contains a value that can be observed. Given that the observer has provided a Lifecycle during the LiveDatainstantiation, LiveData will behave according to Lifecycle state. If the observer's Lifecycle state is STARTED or RESUMED, the observer is active; otherwise, it is inactive.
•  The ViewModel Component
This is one of the fundamental classes of the new Architecture component. This is designed to hold data that is related to the UI and maintaining its integrity during configuration changes like screen rotations.  The ViewModel is able to talk with the Repository, getting LiveData from it and making it available in turn to be observed by the view.
•  The Room Component
The Room library fits perfect as the persistent layer on the proposed Android Architecture. To produce a Room database, you'll require an Entity to persist, which can be any Java POJO, input/output operations, and a Database abstract class that must extend RoomDatabase.

Though all these components work together to create a solid architecture, each part has its own responsibility. Most of the Android app components have lifecycles attached to them, which are managed directly by the system itself.  Until today it was up to the developer to monitor the components’ state and act accordingly, initializing and ending tasks at the appropriate time. However, it was really easy to get confused and make mistakes related to this type of operation. But the lifecycle package changed all that.

Fragments and actions or activities have a Lifecycle object attached to them that can be observed by LifecycleObserver classes, like a ViewModel or any object that implements this interface. That means the observer will receive updates about the state changes of the object that it is observing, like when an Activity is paused or starting. It can also check the current state of the observed object. So it's much easier now to handle operations that must consider the framework lifecycles.

For now, to create an Activity or Fragment that conforms to this new standard, you have to extend a LifecycleActivity or LifecycleFragment. Though, it's possible that this won't always be necessary since the Android team is aiming to completely integrate these new tools with its Android app framework. The LifecycleObserver receives Lifecycle events and can react through annotation. No method override is necessary.

Conclusion
The standardized architecture proposed by Android involves a lot of concepts. We can’t expect to have a complete understanding of this topic yet. After all, we’re merely introducing the theme. But we certainly have enough knowledge by now to understand the logic behind the architecture and the roles of the different Architecture Components.
Choosing Best Android Application Development Company could be a tricky task, nowadays. However, Fluper has plenty of good android app developers which can convert your app idea into reality.