Humans have been drinking for a very long time. And one of the very first alcoholic beverages that they have had the pleasure to take is wine. When talking about liquor in the Philippines, it’s impossible for anyone not to mention the greatness that is wine. But do people actually know what wine is?

To put it simply, wine is an alcoholic drink made from the fermented juices of grapes. It can be made with any fruit, but it has become a norm for wine to be made with wine grapes. As we all know, wine is different from beer, and other alcoholic beverages. And along with that difference come a number of interesting things to know about wine itself! 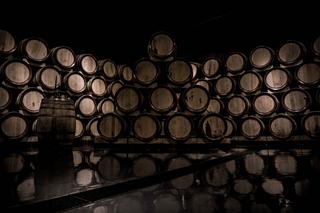 Drinking Wine can be Good for your Health

There are a number of studies that have concluded that drinking red wine moderately is better for you than not drinking any wine at all. In essence, almost everything inside wine that isn’t alcohol or water is a kind of polyphenol, some of which include tannin, color pigment, wine aromas, resveratrol, and a number of other plant compounds. Of these polyphenols, the most abundant health-wise are procyanidins. These are type of condensed tannin that is also found in dark chocolate and green tea! Red wine also contains antioxidants that can lower incidences of cardiovascular disease and type 2 diabetes.

There are some restaurants and bars in Vietnam that serve wine in a very special way. When you find one, ask the waiter for a glass of cobra wine. They’ll serve you rice wine covered with the blood of a snake that was killed on the spot. 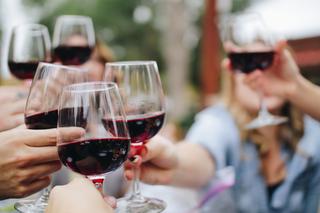 Wine is not something that people are usually scared of. But that doesn’t mean nobody is scared of it. Oenophobia is the irrational fear of wine and it usually has to do with the idea of intoxication, lack of self-control, or the fear of getting embarrassed because of being intoxicated.

Mixing red wine and coke is normal to a few people, particularly in Spain! That being said, the concoction is called Kalimotxo!

The Shape of a Wine Glass

Most wine glasses are specifically shaped to accentuate the characteristics of the wine poured. The shape helps direct wine to some areas of the tongue and nose so that they can be enjoyed to the fullest!

The Wine cellar on the Titanic

Within the Titanic was a somewhat large cellar filled with wine bottles and of course it all sank down with the ship. When divers went down to the shipwreck, almost all of the bottles were relatively unscathed, making it the oldest known wine cellar!

The World’s Oldest Bottle of Wine

If you have a knack for liquor in the Philippines, then you probably enjoyed these fast fun facts about wine! It’s not all flashy and exciting, but wine is still one of the better alcoholic drinks out there!