3 Spectacular Tourist Attractions Not to Miss out in Los Angeles

The city of Angels- the entertainment capital is a thriving and one of the most happening places on earth. Offering countless attractions and exciting nightlife, there are so much diversity and experiences you can only find in L.A. From Getty art centers, museums, spectacular beaches to world-class bars, here are a few places you shouldn't miss out while you are in LA:

Venice Beach: Venice Beach is located in the Westside area of Los Angeles County. It was founded by Abbot Kinney in 1905 and it was independent until 1926 when it got merged with Los Angeles. Operated by the Department of Recreation and Parks-Venice Beach is probably one of the most visited and busiest beaches in Southern California. Venice Beach is mostly visited for its Ocean Front Walk, its canals, and its extensive shorelines. It receives more than 10 million visitors annually. Known for its eccentricities –it has been labeled as a global tourist destination, attractions here include Venice Beach Recreation Centre, paddle tennis courts, children playground, volleyball courts, bike trails, Skate Dancing Plaza. Many popular events like bodybuilding events, basketball events are held every year, in fact, it will be the host of the 2028 Summer Olympics, skateboarding and 3x3 basketball, etc. 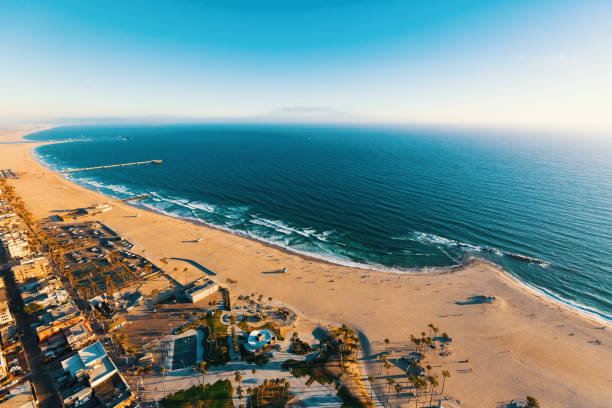 Las Vegas Strip: The Las Vegas Strip is located in the South of Las Vegas Boulevard, Clark County. It is famous for its resort hotels, casinos, and the strip which stretches for 4.2 meters long. This region is also famous for its incorporated towns of Paradise and Winchester. Most of the casinos, hotels, and strip are well known for their amazing architecture and modern facilities. Some of the most popular attractions visible from the Las Vegas Strip include the water fountains at Bellagio, the Mirage, Festival Fountain, etc. Las Vegas Strip is also home to many entertainment venues, from a showroom, nightclubs, live music venues like Las Vegas Festival Grounds, the Colosseum at Caesars Palace, Mandalay Bay Events Centre the options are endless. Shopping Centers include The Forum Shops, the Shoppes, Fashion Show Mall, Grand Canal Shoppes, Miracle Mile Shops, etc. Amusement parks and rides include Big Shot, X Scream, Sky jump Las Vegas, High Roller, etc.