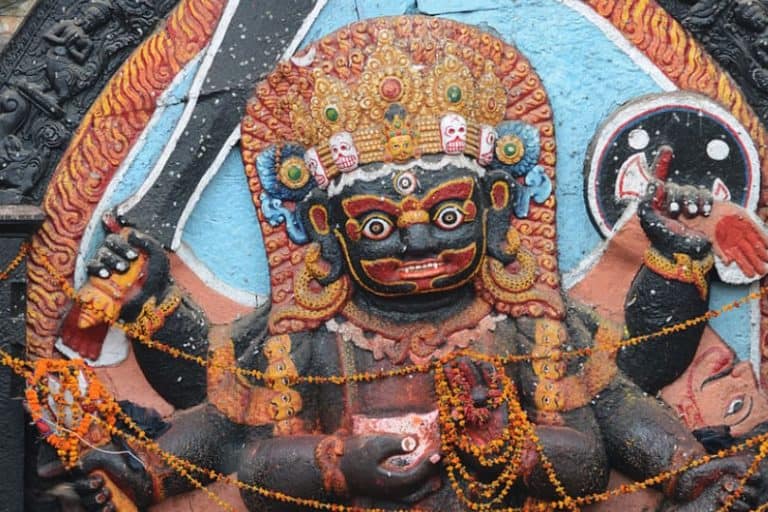 Temples are the places where thousand devotees pray for wellness and goodness of life and health. Even I know temples are most holy and the most peace place in the world you ever think about, but when it comes to mysterious we might get shocked and dumb in senses that, is it possible?

Yes, It is possible and true.

DailyPicked Presents you, 17 most mysterious temples in India you ever thought of going there. 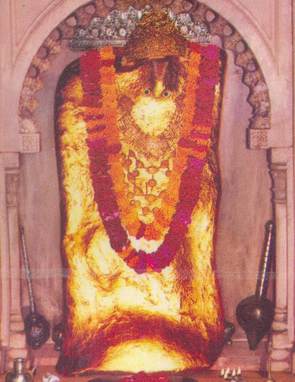 It is situated in Dausa district, Rajasthan a very sleepy town in a state, where devotees come to the temple to get rid of a ghost, what a ghost? Yes, no only ghost but also demons and other evils. For a nostrum they do the extreme ways like hanging from the ceilings, pouring hot boiling water on oneself, chaining themselves to the wall and banging heads against the wall to get rid of ghosts from themselves.

This is the only place in India where still exorcism is practiced by a priest, once you are done with the puja the one should not turn back a look at the temple, they say that the ghost again attracts people to inhabit into the body. No prasad and bhogs are distributed in this temple. 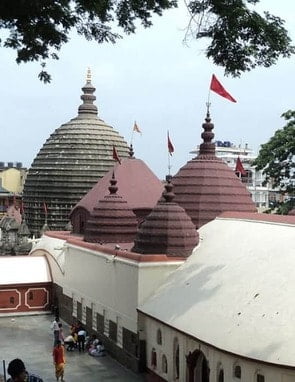 It is situated Nilachal Hill in Western part of Guwahati, Assam. Its known as one of the oldest 51 Shakti Pithas, its is dedicated to Hindu Goddess Sati or Mother Goddess. It is not just a pilgrimage but people worship this as a bleeding goddess and celebrate the Shakti or power of every woman. The temple doesn’t have structure to worship but it does have is yoni or vagina of Devi Sati, wife of Lord Shiva, covered with red silk saree.

At every monsoon the goddess menstruates and the temple closes down for three consecutive days. The Tantric festival is celebrated here, the fourth day the temple again reopens. The sanctum of the temple turns red on these three days, so the devotee offers a red cloth to used to cover the stone yoni during the days of menstruation. 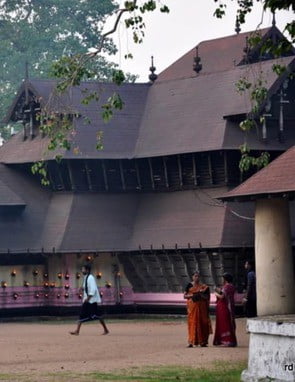 This temple witnesses an inexplicable seven days celebrated yearly, the Bharani Festival. Men and women carry swords group this Indian Temples, seriatim around in a dream like state. The hit their heads with sharp items and blood freely oozing out from their heads. They chant choice abuses and singing lewd songs about devi.

The offerings are not so general fashioned, instead they throw themselves ate the statue of goddess and temple beams continuously beats them with sticks. After 7 days of the festival the temple shuts down to clean the blood stains. 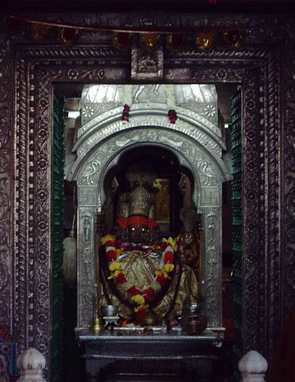 At the time of Aurangazeb the Mughal king destroyed all the temples in Pushkar but one survived his evils eyes is this temple, the most shocking thing it is the only Lord Brahma Temple in the World, notwithstanding him being of the Holy Trinity of God in Mythology. It is made with marbles, inside the walls of the temple is entrenched with silver coins that bore the name of the givers and followers. 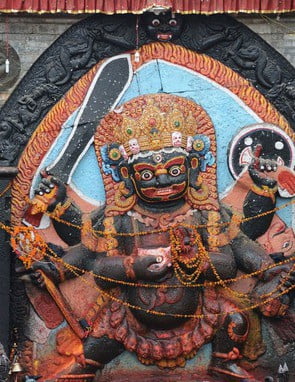 The Holy city of Varanasi, is the house of Lord Kal Bhairav Nath, a rebirth of Lord Shiva. you will trust me or not but the offering which are made to Lord is alcohol like whiskey or wine. The devotees pour alcohol directly to the Lord mouth and equivalently is offered as prasad to the devotees. Other shops outside the temple that sells flowers and sweets as an offering, the stall outside the temple sells alcohol instead. 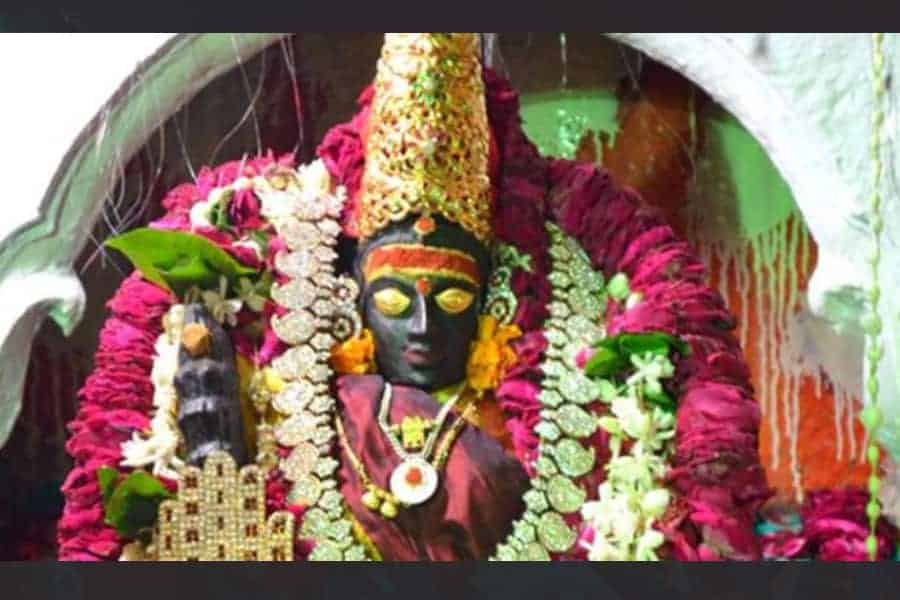 This temple is dedicated to Goddess Durga, not only Goddess Durga there are many more goddesses that are situated inside the temple. It is said that at night the temple sounds of someone speaking in heard by the neighborhoods. They claim the Goddesses speaks to each other at night, so this temple authority never allows devotees to enter the temple at night. 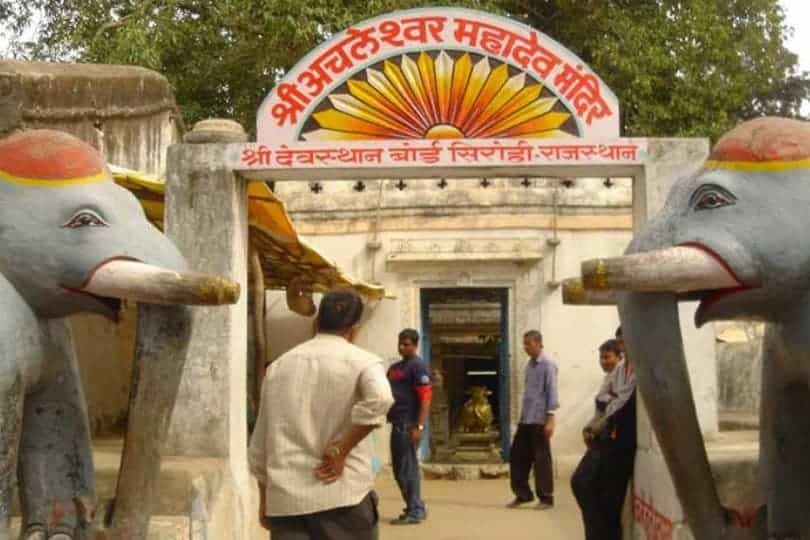 In this temple of Rajasthan also a wonder occurs but the Shiva Lingam turns into 3 colors, you will trust me or not at morning light red, afternoon Kumkum color and in night dark red. It is said that this Shiva lingam is self-made (Swayambhu) and the height of this lingam in still unknown because nobody knows about how deep it runs into the earth. 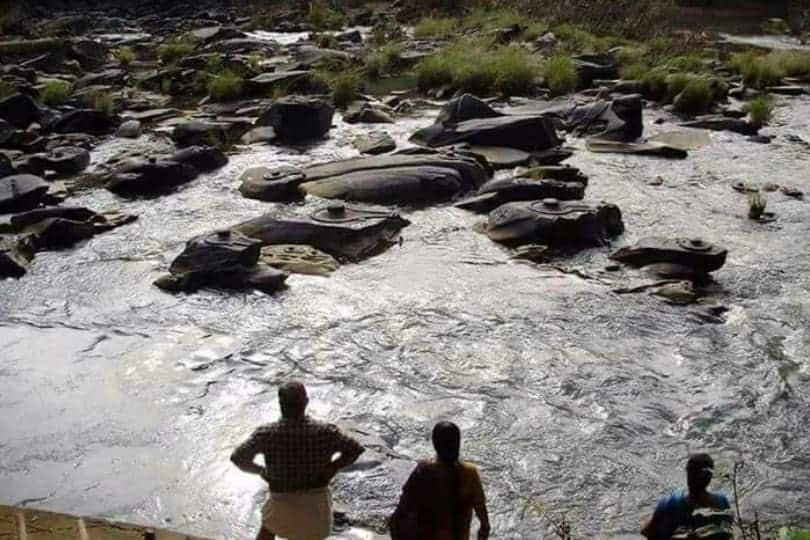 Shastralinga means 1000 shiva lingams, it is a pilgrimage place, situated around 14 km from the Sirsi in Karnataka. On the rivers of Shalmala river there are 1000 lingams that are engraved on rock of the river and on its banks too.

The history of the lingams is that they were curved by the king of Sirsi, Sadashivarayavarma. The special thing of these lingams is, with each lingam even nandi are also imprinted.

It is difficult to curve these shiva lingams in a smooth river bed. Locals say that these lingams would have been carved during the drought times or during summers when water flows less. One the day of Mahashivaratri thousands of pilgrims visit Sahastralinga to offer their prayers to Shiva. 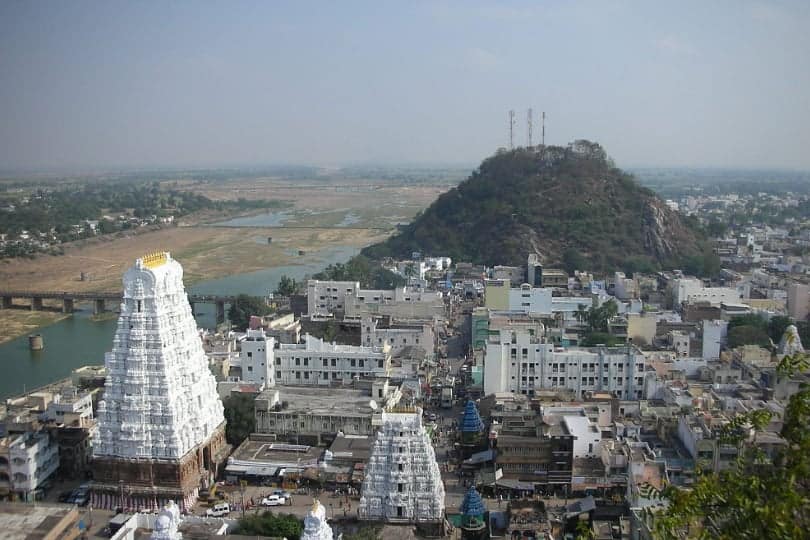 Situated at Sree Kalahasti – near Tirupathi AP. It is the vayu lingam, means ‘air’ in the pancha Bhootas. There is a lamp in front of the lingam which always glimmers autonomous of the commotion in air. 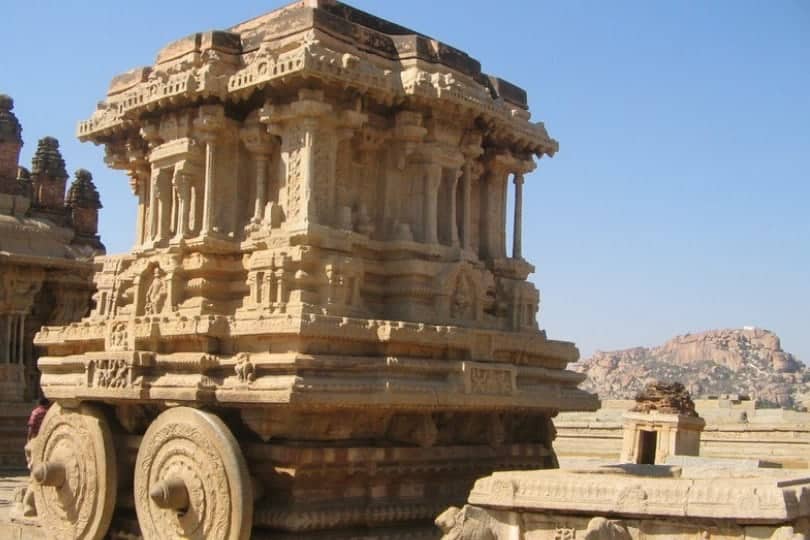 This temple is situated in the historical town of Hampi, Karnataka and this is dedicated to Lord Vittala the temple is constructed back in 15thCentury. The speciality of this temple is for famous Ranga Mantapa which has 56 musical pillar knowns as sa re ga ma musical pillars. 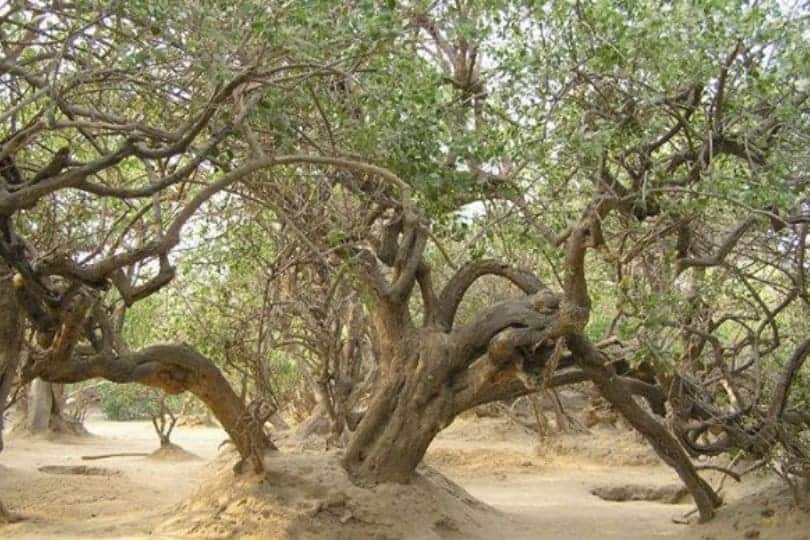 The most mysterious temple in India, there is a holy temple named Rang Mahal in Vrindavan, Nidhivan is a forest where Lord Krishna is worshipped.

Most strange thing is that all trees are bend toward the ground people there believed that at night the tree perform Rasleela. Lord Krishna is decorated beautifully with ornament.

It is very shocking that all the sweets, sarees and other thing which are kept inside at every morning when the temple is opened they find all sweets are eaten and the cloths are in their place seems used. Entering the temple after sunset is forbidden. 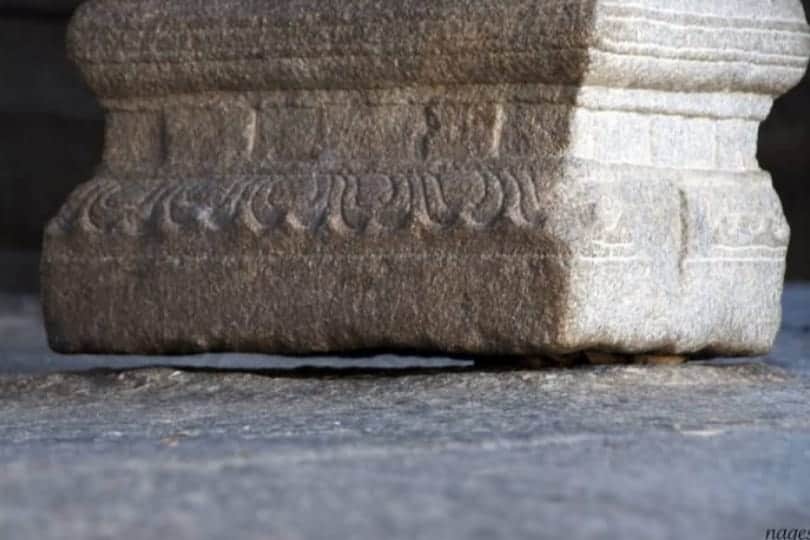 It is for Hanging pillars which does not touch the ground, despite of its huge weight. Even British engineer failed to move the uncovered secret between the pillars and the floor, one can insert paper or thin cloth to one to other side. No one know whether the architecture is genius or developed naturally. 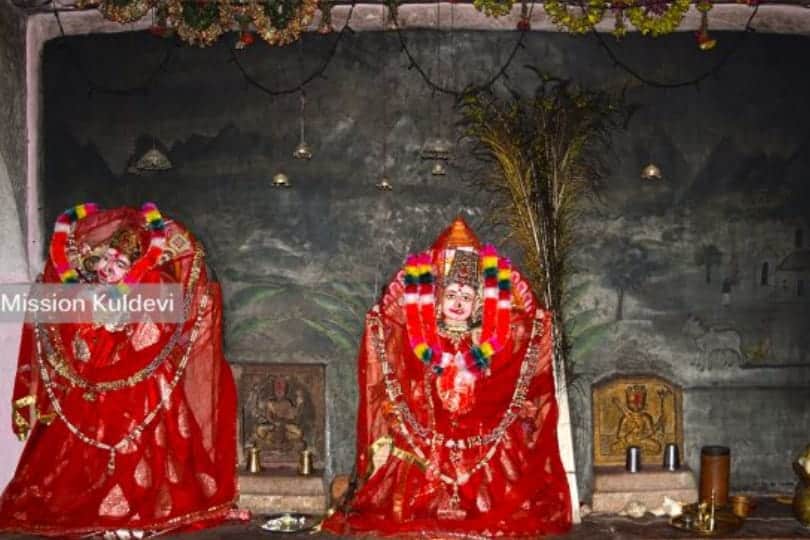 This temple has mysterious story to solve. The deities here have the tilted neck and always relics tilted. Many tried the sculpture were modified and made the neck changes to tilt again towards left. It is said that whenever anyone tries to rectify it that persons fall ill. The mystery yet to be solved. 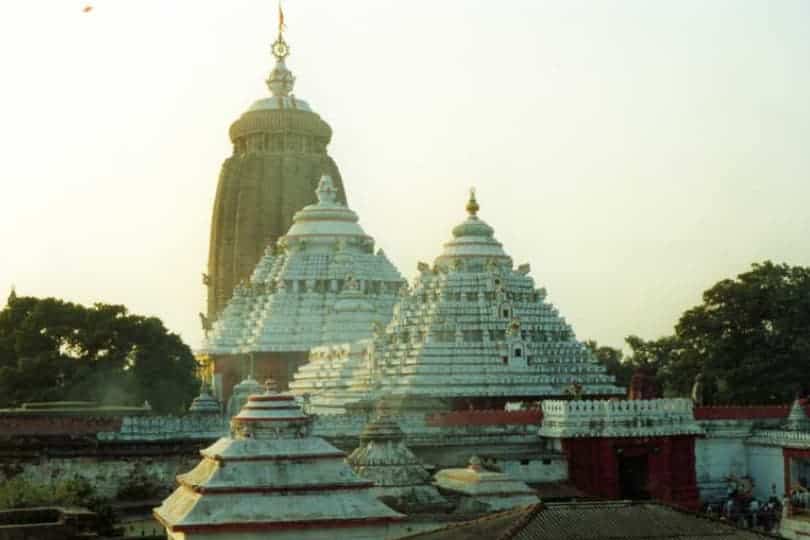 The dome of this temple is wonderfully structured, but its shadow is nor visible at any point of time, flag flutter opposite direction of the breeze. Yet there is one more thing you must follow no birds are fly over the temple and when you exit the singha dwara there will the whisper of ocean but not while you enter the door. There no scientific explanation of this things. 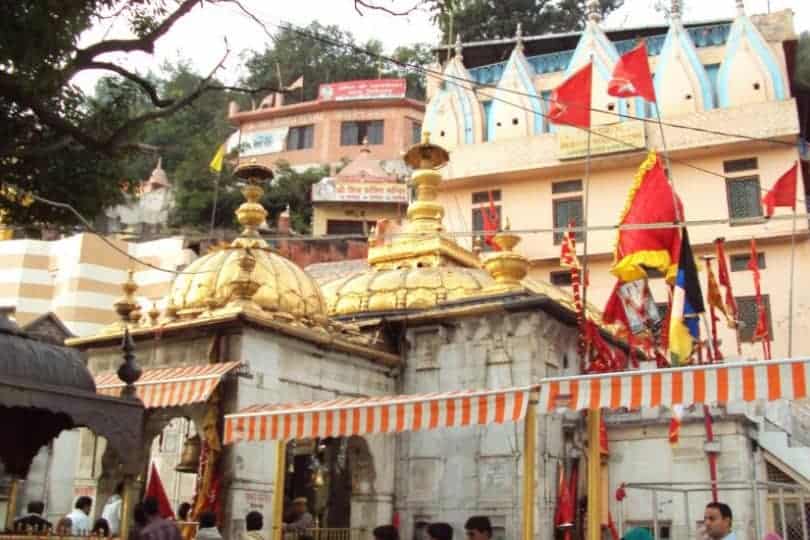 In this temple, eternal flame is burning without any source a fuel; in natural cave. The nine flames symbolized for the nine Durgas. Legends says Sati Mata tongue and clothes fell here which has turned in endless flames. The age-old rock was on fire and the water is bubbling all the time. It is a natural mystery. 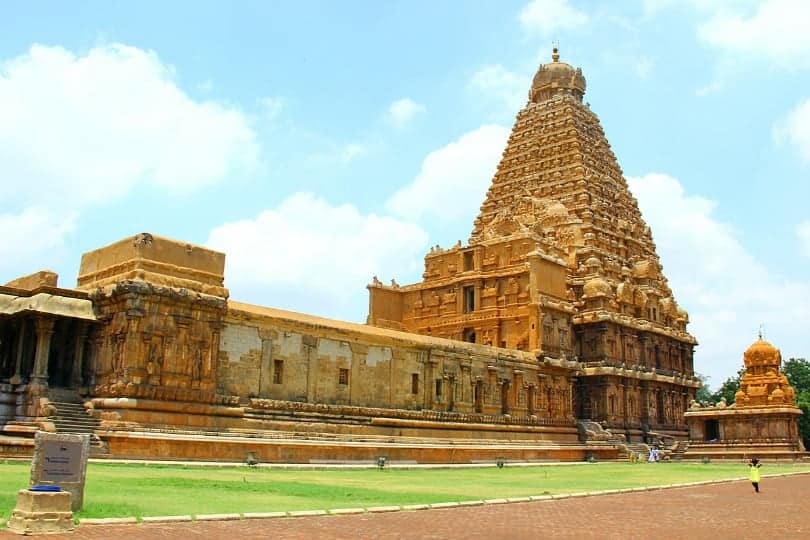 It is located in Thanjavur, tamil nadu, most for the temple was made by granite but the mysterious thing is that there is not granite anywhere in 60 kms. The temple is called Gopuram that is found to made out of one single stone now weight 80 tons. It is shocked that how they mounted such thing so far. 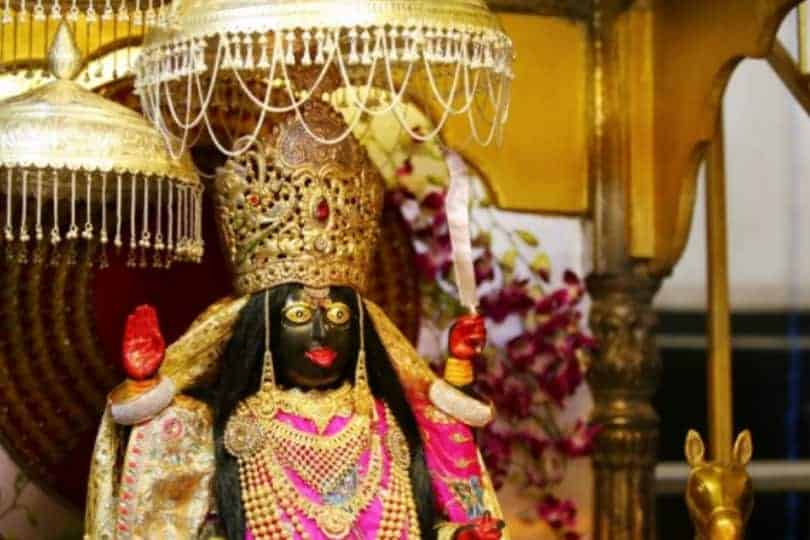 In Kolkata there is a small Chinese town where this temple is located, as there are Chinese who are devoted to Goddess kali goes for a worship in this temple, you will be astonished to here that in prasads they give noodles and choupesy, etc.

This are most mysterious temples people ever should go and experience it by themselves and create their pown memories from this place. People often worship GOD but to me God is nature and we often experience such things. I think to me this places are best places to visit.