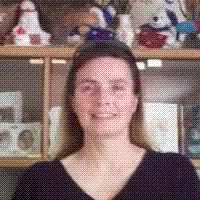 Most people want to look and feel the best they can. So I thought that having a place to share our stories, concerns,...Read More

The Perfume Market - a Multi-Billion $ Industry

The Perfume industry is a multi-billion dollar business empire.&nbsp; Marketing costs are huge.&nbsp; Do you remember the last Chanel No. 5 TV Ad last year with Nicole Kidman, well that cost $5 million.&nbsp; The liquid in a bottle of fragrance, even one as iconic and memorable as No. 5, the liquid costs. approx. ?1.&nbsp; The remainder is spent on marketing, advertising, in-shop promotions, packaging, and of-course Top Stars endorsiment of&nbsp; the product.
IN THE BEGINNING WAS.... SMOKE

Scents fascinated man since the dawn of history. In the beginning he could not control their elusiveness, but quite quickly he managed to learn how to create some fragrances. Scientists discovered that thousands of years ago on the sacrificial altars, our ancestors burnt aromatic resins and gums, so that the gods accepted their gifts and prayers along with clouds of fragrant smoke. In return, they counted on favours of the gods bought over by the beautiful smell. From these practices derives the name ?perfume? ? from the Latin words ?per fumum,? literally ?through smoke.?
&nbsp;
Interestingly, some primitive tribes practised rubbing the body with animal fat. This was to ensure the protection against the cold, and apart from that, the skin acquired a specific, not always pleasant, scent. Well, the beginnings are sometimes difficult...

In the antiquity, perfumes produced with natural resources as a basis were in the form of oils and lotions. Initially, the privilege of using fragrances was available only for kings and the wealthiest citizens, but soon the right to enjoy using scents was accessible to all the social classes. Unfortunately, the price of incense and perfume restricted their use. The amount that was to be paid was often as big as for gold or precious stones.

Perfume was still linked with magic rituals and it was believed to have a divine origin. The Greeks thought that perfumes were created by goddess Aphrodite: her disloyal servant stole her secret recipes and gave them away to people. The Egyptians perceived somewhat different origins of perfume making. For them, the creator of the first perfumes was the god of wisdom ? Thot, known as the guardians of magi and doctors. Thot shared his secret knowledge of perfume with his priests. Only they had the right to produce fragrances and for this reason, they enjoyed great respect.

Numerous stories about fragrances can be found not only in ancient mythologies, but also in the Old and New Testament. Queen Saba gave perfumes to King Salomon, and the Magi from the East to newborn Christ. Also sinful Mary Magdalene washed Christ?s feet, and then wiped them with her own hair and anointed them with fragrant oils.


FRAGRANCE FOR BODY AND SOUL

Now the only question that needs answering is what were perfumes used for in the ancient history? It turns out that the usage of fragrances differed in different parts of the ancient world. For example, in Egypt aromatic pomades were put on hair, and Assyrians perfumed their beards. Apparently Greeks had a habit of anointing every body part with a different oil after bath. The Romans were definitely the record holders in that field. They sprinkled perfume on almost everything, body, equipment, and animals, even sprayed their favourite smells in the air, and bathed in scented water. They could do that even a few times a day. In wealthy Roman houses, in a special room called unctuarium, beautiful slaves were waiting to perform relaxing massages and anointing the body with various fragrant oils. No wonder that soon, flood of protests appeared ? Plinius the Elder deemed lavish use of perfume by the patricians as being a blatant waste.
&nbsp;
Beautiful smells were also an integral part of religious rituals and funeral rites. Corpses of the dead were embalmed by aromatic substances in almost entire ancient world. In Greece and Egypt amphorae with perfume were put into the graves next to the deceased, as it was believed that aromas had healing properties. Sumerians had similar beliefs. They used essential oils in medicine 5,000 years ago. That was the beginning of the perfume-making branch known today as aromatherapy.

What is more, perfumes since the ancient times belonged to the realm of love and eroticism. According to many sources, in Mesopotamia, fianc? on the engagement day poured aromatic liquid over his future wife. Egyptian Queen Cleopatra before Caesar?s visits bathed in milk and rose petals, so that her body remained extraordinarily smooth and fragrant. Rumour has it that before the meeting with Mark Anthony she ordered to have the sails of her barge soaked in aromatic water. As you can see, it was a long time ago when it was discovered that a beautiful scent is the best aphrodisiac.

Although today it is hard to believe, the usage of perfume was banned when Christianity was developing. The smell and attributes of perfume were deemed by Church as being too sensual and seductive. The tradition of creating different scent compositions survived thanks to Muslims. When Christianity forbade using perfumes, Koran was encouraging it. Muslims could use aromatic substances not only during religious rituals, but also enjoy them on the everyday basis. This is probably why we owe the first revolution in perfume production to them. At the beginning of 11th century Persian physician and chemist Awicenna (Ibn Sina) perfected the process of distillation. Thanks to that the production became more efficient.

Despite Church?s ban on perfumes in the Middle Ages, their prestige was not affected. It was believed that scent is a domain of good people. This conviction was reinforced by many legends and hagiographies stating that some saints? bodies (e.g. St. Alexis?s) released a beautiful floral scent.

In time, strict bans were loosened. In 12th century aromatic baths and mouth-washing with rose water were not forbidden anymore.

It took quite long before perfumes were again produced in Europe. But it was the Old World that took the milestone in this field. In 1370, Hungarian court alchemist created for Queen Elizabeth a special alcohol-based tonic, which is known as ?Hungarian Queen?s Water.? This was a unique combination of lavender, marjoram, mint, orange flower and lemon aroma. Interestingly that tonic was successful not only as perfume but also as a medicine for various ailments.

At first, Italy excelled at perfume production, primarily because of trade with countries from the East, and later with the New World as well. It was 16th century Italy where chemical formulae began to supplant secretive alchemy. Distillation process was perfected even more. Moreover, in Venice perfumes were poured into beautiful and colourful glass bottles, which undoubtedly increased the value and price of perfumes. Along with the Florentine Medici dynasty, the knowledge of perfume production came to France ? after marrying Henry 2nd Catherine de? Medici brought her court perfume makers to Paris. The most famous one was Renato Blanco (Rene le Florentin), who taught French craftsmen the art of perfume accessories production. Recipes according to which he prepared fragrances (and poisons) for the Queen were closely guarded secrets and to prevent them from being stolen, Rene le Florentin?s laboratory was joined with royal chambers by a secret passage.

In Great Britain perfume making was developed thanks to Elizabeth 1st. Historians report that the Queen encouraged her subjects to experiments in this field and that she introduced fashion for scented gloves (records say that when Elizabeth received a pair as a gift from Earl of Oxford, all the ladies-in-waiting spent fortunes in order to have the same fragrant treasure). Perfume making in Britain went through a temporary crisis along with the revolution in 1640-60?s when the Puritans banned production and using perfumes. A breakthrough came along with restoration of the monarchy and Charles 2nd?s accession to the throne.

Perfume madness began for good in 17th century?s France. Certain odours were sprinkled over everything. Not only clothes, but also equipment and rooms. The main centre of perfume making was Paris, and Versailles was called the best smelling court in Europe. The second capital of world perfume making was Grasse, still famous for jasmine and rose fields. The dynamic growth of perfume industry was briefly interrupted by the French Revolution. However in Napoleonic times, France returned to the manufacture and use of perfume.

The real revolution in perfume-production occurred in 19th century. Thanks to fast progress of chemistry, some natural resources that previously were expensive and hard to obtain (e.g. musk), were now replaced by substances created in the process of chemical synthesis. This solution caused the fall of perfumes? prices and enlarged the group of people dealing with creating the fragrances. The names of Ernest Daltrof, Francois Coty, Ernest Beaux, Jacques Guerlain and Edmond Roudnitski became legendary. The end of 19th century linked fragrances to the world of fashion. Famous fashion designers such as Paul Poiret or Coco Chanel discovered that their clients can wear not only beautiful textiles but also beautiful fragrances. Nowadays, almost every fashion house has a set of fragrances with their names on them.

Another breakthrough in perfume history is pheromones. These volatile chemical substances are responsible for non-verbal communication, e.g. attracting the opposite sex. For years it was believed that humans on the contrary to insects and some rodents do not excrete pheromones, but latest research proves otherwise. The hypothesis was formed that pheromones can be found in human sweat. Regardless of the results of the research, a bit of artificially produced pheromones can be added to certain perfumes in order to enhance their stimulant effect.

DREAMS CLOSED IN A FRAGRANT DROP

Nowadays we can talk about the whole perfume industry. Thousands of people work all over the world so that we could sprinkle ourselves with our favourite perfumes. These people are gatherers of flowers, seekers of new fragrance notes, chemists, creators (the so-called noses), marketing specialists and distributors. Scientists, and especially psychologists, engaged in fragrances and their attributes. They prepare tests thanks to which we can choose perfumes that suit our personality and lifestyle. Research regarding natural medicine (determining the influence of smell on our mood) and marketing (aromarketing) is also very interesting. The most important thing however is that over the years perfumes did not lose anything that makes them so special. Though we use them everyday, they remain mysterious and rather magical...

Buy top quality parfum created in the same fragrance family's
Cost - a fraction about 1/3
Great bus. opp. available
In 59 countries and growing monthly, soon to be in India

Follow a major competitor, only 7 years young, started by a father and son in Poland. They collaborated with a large Perfume House in Munich, called Drom.

You are not yet a member of this group.