Browse Articles  »  Internet & eBusiness  »  Why Your Business App Should Be Built By...

Why Your Business App Should Be Built By Flutter App Development?

If you need to make an app for your growing business, especially if you need your mobile app to run on both Android and iOS. a question is asked to any IT company what app development he suggests for this situation? To complete all of your expectations by the app any developer recommended Flutter App Development.

Flutter was released in May 2017 by Google. Flutter is an open-source mobile SDK (Software Development Kit) that is used by the developer to build native-looking Android and iOS applications from the same code base. Dart language is used to develop an app in a Flutter.

For any business owners, Flutter offers tons of benefits that come in the form of saving money and time - which surely matters the most! Flutter is quite start-up-friendly which means if your business is new to the world of mobile application development. Here is a discussion about some features of Flutter App Development.

There are lots of reasons which prove that Flutter is effective, but the big one is Time Management. In Flutter Application Development it allows developers to write code one time and use it across multiple platforms like Android & iOS. 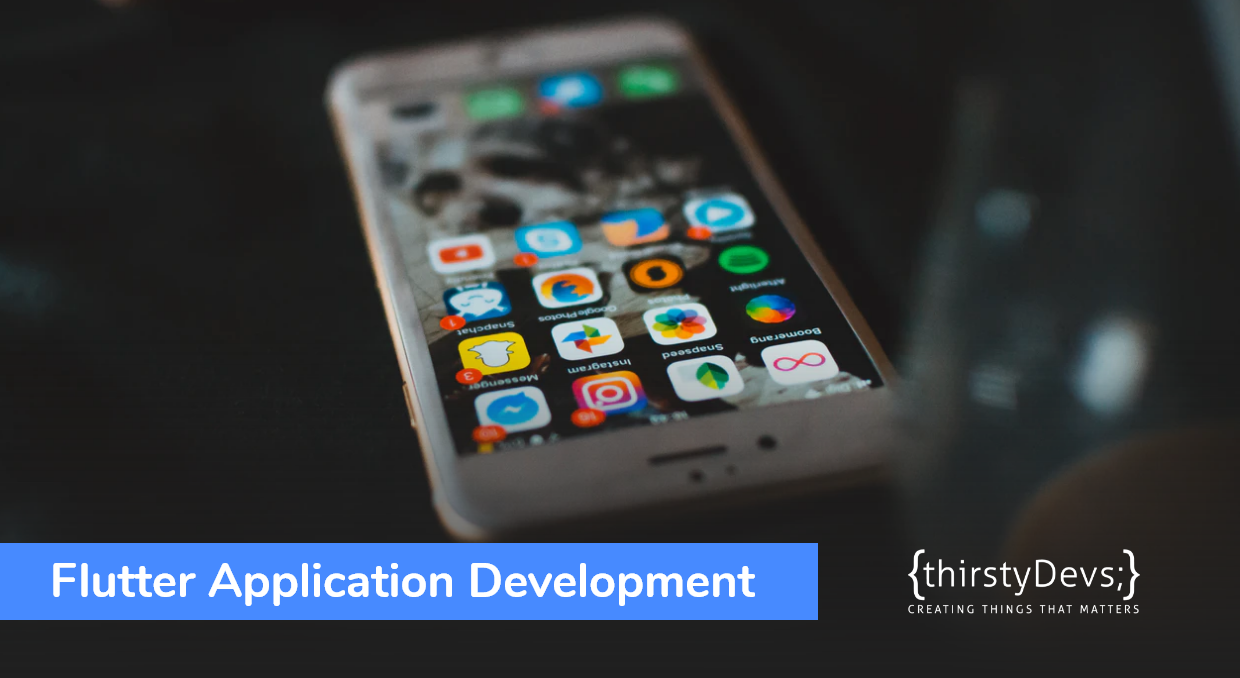 An MVP or a minimum viable product is a version of a product with basic features to enter the market and get feedback from the buyer. Later this feedback is used to further product development, add new features, and creates a fully-fledged system. In short, the use of MVP pattern saves companies money and time and helps build the products & services people actually need and want to use.

The typical and traditional way of building apps is to start with the platform you want to be on first. Most of the organizations in the world usually choose Android because development in the android app is faster and the Android-powered phone is used by a large number of people. Once the app is running on Android, the team of developers switch to rewriting the code for iOS. And switch again for code rewriting if it needs to also run on desktops.

Nowadays we have had some cross-development platforms such as React Native, Xamarin, and PhoneGap. But each platform has its own advantages and drawbacks.

However, Flutter App Development is standing out with its widget-based system that allows coders to easily recreate the native user interface elements of Android and iOS. It means apps lock and work just like the built-in apps that come with devices.

Depending on what you need to build, You may have some questions as listed below about how Flutter fits into your process and if it’s truly fit for your organization.

1. Is it better to develop native apps or use Flutter?

The answer to this question is based on the time, and budget of the app. A very well-experienced developer can easily build a native app that will work seamlessly on the various platforms. But it will take time to make and the cost will be higher than building an app in a flutter.

Flutter combines the features of native end-user experiences and widgets support. With this feature flutter helps to create some eye-catching applications like Google Ads, Reflectly, and Groupon.

3. What kinds of apps can I develop with Flutter?

Flutter is optimized for apps that want to run on Android & iOS. If your business needs stock platform apps or full-featured apps that use the phone’s other features like camera, location, network, storage, and more. Both types of app are easily developed in Flutter.

4. What are the advantages of using Flutter for startups?

Speed and Budget oriented. Flutter allows coders to write code one time, then publish this app anywhere online, whether it is Mac, Windows, Android, iOS.

5. Can I convert my existing application into Flutter?

Yes! By the recent updates, you can easily convert your existing application into Flutter.

Currently, Flutter is hot in the app development market. Flutter makes the development process much faster. If you are looking for a Flutter App Development Company that develops your desired flutter app that easily runs anywhere then visit our site.

Aimee Phelps is a Digital Marketer at thirstyDevs