Which is better Cross-Platform App Development Model Among React-Native, Flutter, and Cordova? 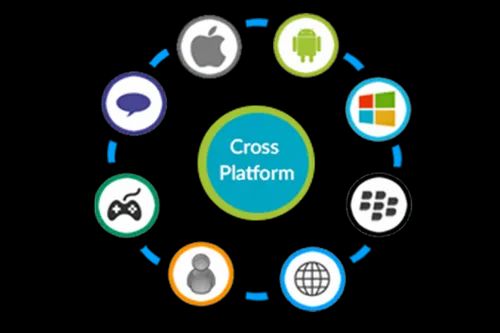 When it comes to Cross platform app development for the business, it can get a little tricky.

There is an increase in the myths about hybrid and native mobile app development models. Nowadays, companies value quality over anything else and for that, native development is the best.

However, such aspirants often have fears of lagging behind in case of consumer traffic. This is because approaching one quality in a single period of time is not possible these days.

The preference of proper multi-platform mobile application development reduces efforts of development. So, the choice between Cordova, Flutter, and React Native relied heavily upon which framework would serve this task in the best way.

Cordova makes the claim of “write once, run anywhere”. And it is really a very authentic framework that any of the others.

With the help of Cordova, developers will be able to make use of CSS3, JavaScript, and HTML5 in the best way.

So, this can be a great help in the app development process. Apart from that, Cordova can also help in wrapping up an already existing application into native iOS or Android app.

So, the amount of simplicity and flexibility can actually minimize the development efforts which is a requirement in different platforms.

With React Native, about 85% of these JavaScript codes can be used across different mobile platforms.

However, when it comes to implementing larger projects with huge volumes, it might not be the right choice. But that doesn’t mean it is not of use to developers when they have to handle a huge sized single project.

This framework also proves to be very useful when it comes to developing high-fidelity and high-performance apps for Android and iOS platforms.

This is through the single code base that it has. However, the architecture seems to be a bit different from JavaScript. Also, Flutter uses the programming language of Dart and it also helps in the reduction of efforts for code writing.

Cordova might be a better choice when it comes to quick development but then it might have some compromises regarding the app performance. Here is the proof for that.

The web apps which have a wrap in web view will have some constraints on the app. The corresponding complexity will be a lot higher in such cases. JavaScript can often bring out some issues such as poor responsiveness and sluggish animation in terms of UI.

The brilliant architecture in React Native is a great help whole loading the similar code of JavaScript in lesser loading time. This is done by the code execution using an inherent thread which is separate from the layout and main threads.

Apart from that, there is a link between the native views and react components which further enhances app performance. So, there will be fewer limitations.

Cordova and React Native has a rate of 60 fps which is all well and good. But Flutter actually performs well with the 120 fps speed in the devices and hence is a better choice.

Apart from building apps for different OS options, it is also important to focus on the support of these frameworks. For instance, React Native proves to be incompatible in the iOS 7 options.

With its existence before React Native, Cordova has got a lot of benefits when it comes to supporting.

The framework basically dominates the market of cross-platform app development. So, there is a rise in the maturity level. There are different plugins, the extensive base of knowledge and so many other benefits.

It is also a very mature option but doesn’t meet the levels of Cordova. But the documentations in React Native receives a lot of support from the community.

Even though it is not that extensive as Cordova, there are still some benefits such as libraries and other important factors. The presence of variables can increase some difficulties for developers.

For the application requiring brand-first designs, Flutter is the best option. However, this framework is also great for apps that have stock platform requirements too.

There is a pretty flexible system which makes the use of specific APIs in order to have the best results.

Development of cross-platform apps requires a reliable framework to carry out operations in the best way. These frameworks come with a set of advantages and disadvantages which can be used to build these apps.