Browse Articles  »  Legal  »  What is Procedure for Contested Divorce as per... 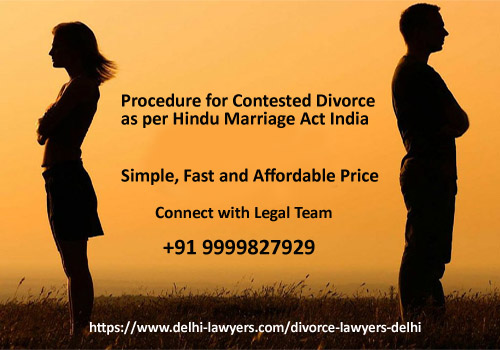 Nobody wants a bad ending for marriage but sometimes it happens unfortunately that you need to file for a divorce. Here as per the Hindu Marriage Act, two ways are there to get the divorce from your spouse. One of them is contested divorce under Section 13 of the Act. When the mutual consent divorce is not happening that is when contested divorce is required. Also, there are certain legal reasons for which you can contest divorce and for that purpose, you can always consult a Divorce Lawyer.

Procedure to be undertaken for a Contested Divorce