Browse Articles  »  Business  »  BREXIT and the effect on mortgage rates

BREXIT and the effect on mortgage rates 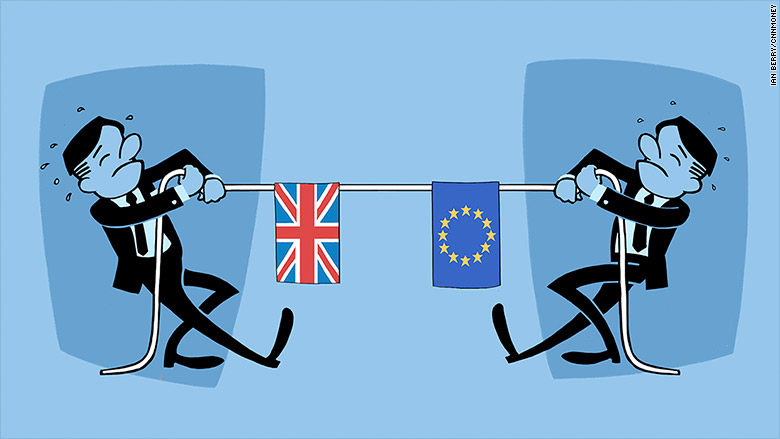 BREXIT is the acronym meaning Britain exiting from the European Union. During the last week it has flooded financial news. To the consternation of some once the vote was realized last Friday, it was felt the markets would go topsy-turvy. In U.S. markets the Dow did retreat to 17,076. However, once the reality set in, markets corrected themselves and as of today they have increased day after day and now sit at 17,609. In the meantime, Britain is sorting through its options to get their government back on track.

Interestingly, as essaytyper expert would say, for U.S. consumers in the mortgage market, the ripple effect of BREXIT has resulted in rates dipping to historic levels. Week over week, they dropped eight basis points and now the benchmark 30- year mortgage sits at 3.48%. That is unbelievable news for those seeking to obtain mortgages for their home purchase or refinance their existing mortgage.

Just several weeks ago when rates where in the mid-3.5 range it was thought the likelihood of moving lower was wishful thinking. Ending June under 3.5% is a huge gift for consumers who have already enjoyed historic rates for a good majority of 2016.

The 2016 president election has gobbled up most of the news. Up until last week the issue with Britain was seen as some far away issue, until the news broke. Many in the U.S. had never heard of BREXIT, let alone the European Union. Even though the DOW dipped sharply, it was the 10 year U.S. treasury bonds which plummeted 24 basis points. They are the financial metric which most effect how consumer mortgage rates react. The result was the eight-point dip and the reality after week over week reporting.

For those in the market who will be using a mortgage, the windfall of BREXIT is a huge step in the right direction. To keep the eight-point dip in perspective you only have to look at the first of the year. Since that time rates have dipped 49 basis points or nearly 1/2 a point. For those on the margin of qualifying, that is the difference in being approved for a mortgage versus being declined, or being able to afford a higher mortgage which might have been out of reach.

Another expected residual effect of BREXIT could be the decision of the Federal Reserve to lift the discount rate. Even if the rate were to increase, the effect is more psychological than financially. At the same time even though today’s rate is a huge shot in the arm regarding consumer confidence, tomorrow the Bureau of Labor Statistics will release its June jobs report. Coming after last month’s disappointing numbers, it represents another peek into interest rate movement. They are very cyclical and can go up or down at a minute’s notice, as evidenced by BREXIT.