iMusti.com is a premier social entertainment platform for Indian cultural enthusiasts. With a vast and ever-expanding collection of Music, Videos, and Literature, iMusti has something for each type of Indian art lover. Official Website: http://www.imusti.com

21 people who liked this brand page. 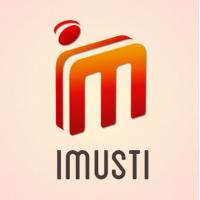 iMusti.com was born out of a conviction that a society’s greatest asset is its culture. It is the centerpiece of both tradition and innovation and thus should be celebrated in its many forms.

Specifically, India has one of the most fascinating histories out of all the known ancient civilizations. While science and folklore differ on specific numbers, it is well established that Indian culture has been brewing for tens of thousands of years. During this time, over 5 major religions have cited India as their origin and over 30 languages with 2000 dialects have been formed in this region.
And so when the founders of iMusti sat down together for the first time to discuss ways to capture such an illustrious history and make it accessible to the entire world, they decided that there was only one logical place to begin.

Before there was paper, computers or mobile devices, spoken word was at the forefront of documenting history. Songs would be sung, dances would be performed and stories would be told. The art of communication and cultural documentation was performed not by the eyes but through the heart, soul and voice.

Thus, iMusti began as a project to bring together all of India’s majestic sounds into one social hub where those interested in hearing, singing and studying the lyricism of South Asia could enjoy and share their enjoyment with others.

But as we traveled the globe in search of some of India’s most treasured harmonies, we found something else. We found that along with the highly coveted music that has been for years tied up in dusty records and cassette tapes, there were also books written by ancient philosophers, poets and romantics lying dormant in corners of small boutique shops in the heart of cities like Calcutta and Bangalore.

It was then that we realized the need to reshape our entire platform to include the famous and highly sought-after literary masterpieces by Indian authors. We created a state of the art, three-dimensional media hub. We hired teams from India and the United States to design mobile applications that catered to individual user’s devices without sacrificing content, functionality, or yes, culture. And then we sent our work to thousands of people just like you to see how we could really bring these various art forms to life.

By categorizing our products into three essential themes, Music, Videos, and Books, we found that our members would be able to take full advantage of the true iMusti experience. Whether one chooses to use the iMusti Radio application while reading on the iMusti eBooks application on the iPad or peruse the website for comedic dramas in their preferred dialect, they are free to customize their enjoyment to suit their needs at any particular time.

What started out as a project by a few Indian cultural enthusiasts has evolved into a revolutionizing service that provides an unparalleled experience in South Asian entertainment that can be found in your pocket, at your finger tips and within your headphones.

iMusti Inc. has become a global brand that has brought together individuals from five different continents and united them through the power of a common sense of culture. We hope that you too join us on our journey to uncover India’s bridled past while making our world a better place through the transformation potential of 10,000 years of religion, folklore, and tradition.