by Rudy P. SysAdmin at howtofindthemoney
In the shipping industry, global environmental regulations are being tightened to reduce greenhouse gas (GHG) emissions to zero by the end of this century. So far, the Yanmar Group has been working on environmentally friendly manufacturing, such as by responding quickly to exhaust gas regulations of each country with diesel engines and dual-fuel engines, but in the future, it will also be necessary to have powertrains that are not limited to fossil fuels.
As part of that effort to offer environment-friendly powertrain solutions, Yanmar Group is working on the technological development of future powertrains that use hydrogen fuel. It will be based on the fuel cell unit for Toyota’s fuel cell vehicle, “MIRAI.” The company has signed a memorandum of understanding (MoU) with Toyota Motor Corporation to develop a hydrogen fuel cell system for maritime applications that uses a Toyota MIRAI fuel cell unit and a high-pressure hydrogen tank. 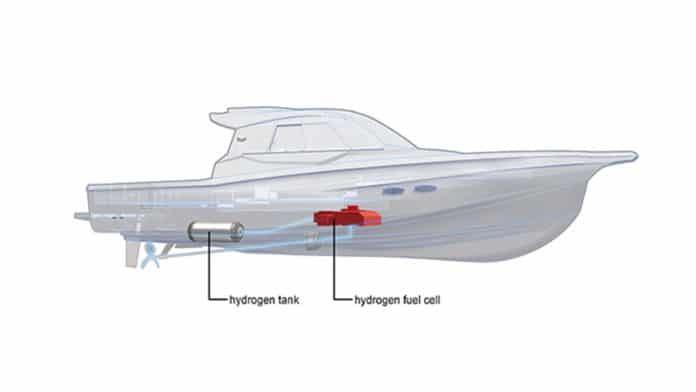 With the aim of realizing an easily installable module and achieving a longer cruising range with no local emission, the company plans to start a field demonstration test of the maritime fuel cell system on its own boat by the end of 2020.
From an ecological point of view, hydrogen production technologies differ radically on a scale from “green” production by electrolysis of freshwater using renewable sources, to dirty hydrogen produced from natural gas and coal gasification. The problem is that hydrogen production is (compared to gasoline or diesel) relatively expensive, and the dirtier the production technology, the cheaper hydrogen is. So, firstly we need to find clean ways to produce hydrogen that are also cheaper.
Also, this is not the first time when the MIRAI powertrain is used in the marine field. Earlier, Energy Observer installed a MIRAI power system and a solar hydrogen generator.
The 10 largest coal producers and exporters in Indonesia:
Click Here! Top Clean Coal Contractors for Power Plant, Gasification, Liquefaction and Emission Control System
Source: Inceptive Mind