Microsoft’s Dan McCulloch leaves Xbox after 15 years of working with the giant for new opportunities, which he said he will be announcing super soon. The Xbox is a very famous online gaming console brand and now it is leading its way towards a completely new and unknown area as the next-generation console wars appear imminent everywhere. Also, the brand new Xbox Series X will be fighting neck to neck with the PlayStation 5, hoping its synergy with the PC marketplace and strong online multiplayer infrastructure will be enough to compete with Sony’s lineup of first-party exclusive titles. 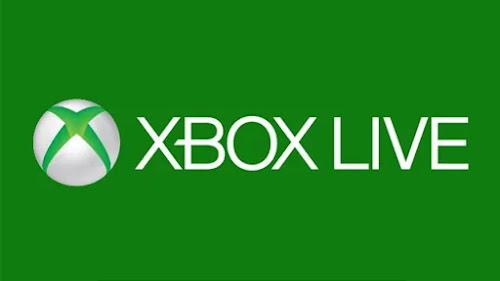 Dan McCulloch has given 15 years of his life to Microsoft and has been a big part of Microsoft. Before leaving Microsoft, he was the General Manager of Xbox Live which is the ultimate online service, and with the help of which, the original Xbox was able to stand parallel to PlayStation 2. Even before that, he worked really hard on developing advanced technologies like HoloLens and the first-generation Kinect, administering its lineup for the first party Xbox 360 titles.

It’s sad that now Microsoft would have to move towards its preparation for next-generation Xbox without its star member, Dan McCulloch. He recently posted on Twitter announcing his departure from Microsoft after 15 years. He said he will now be pursuing new opportunities outside Microsoft. Sharing his happy experience he said Microsoft helped him learn a lot and gave him some good friends as well. Though he didn’t say much about what is there on his plate next, he did say that he will be announcing his next career very soon.

For so many years, Dan McCulloch has played a key character in Microsoft. Even though HoloLens didn’t break out into the mainstream, the original Kinect was a huge accomplishment when it first launched. Although it was very poorly implemented in Xbox One, and that is why it is easy to dismiss these days, the original Xbox 360 iteration was seen as absolutely revolutionary when it first released. Not only this, but the device is also still used as an inexpensive 3D scanner by special effects artists. It may not have been a huge technological advancement, but Kinect will always be an important part of Microsoft’s video game history. And no doubt some parts of the credit also goes to McCulloch for the device’s short-lived heyday.

Xbox Live is the service network that connects every Xbox user through storefronts, instant messaging, and online gaming. Vet few people know that Xbox Live was the first online console gaming service that really was there for the help of its users. Though online console gaming wasn’t something brand new for people’s eyes, the Xbox made it so popular, viable, and completely revolutionized the online console gaming industry. Therefore, under McCulloch’s direction in the last three years, Xbox Live has continued to serve as the online console infrastructure by which all others are judged. Hence, it is very much true that  McCulloch’s presence will surely be missed, and it will take a lot for Microsoft to fill the gap.