Browse Articles  »  Automotive  »  Why Did Hydrogen Stocks Flip From Hated to Loved?

Why Did Hydrogen Stocks Flip From Hated to Loved?

by Rudy P. SysAdmin at howtofindthemoney
One is that expectations fell into line with reality. Folks realized that America will never run on hydrogen cars. But as a specialized solution, hydrogen vehicles could still be big.
For example, big companies with huge fleets of trucks like UPS and FedEx are already starting to use them.
Many environmentalists have gotten on board with hydrogen, too. Hydrogen fuel cells are very clean. They don’t produce exhaust or any other form of pollution. Their only byproduct is water and heat.
Nikola’s charismatic founder Trevor Milton played a part too. He’s energetic and masterful at getting investors to buy into his vision. 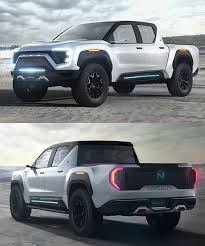 Frankly though, none of this mattered all that much in our analysis. Hydrogen came up on our radar for one reason: It was irrationally hated by investors. After many hydrogen stocks plunged 90%+, investors left them for dead. Expectations plunged to zero, which cleared the way for big, quick profits.
And keep in mind, by the time Nikola “went public” in March, it was crystal clear that sentiment toward hydrogen had flipped for the better. All three of the hydrogen stocks I mentioned earlier had doubled or better heading into March.
Put that evidence together, and it’s not hard to see why Nikola blasted off. Although no one could have predicted 500% gains in three months.
So is Musk right? Are hydrogen-powered vehicles “dumb?” I’ll leave that to the scientists. But as an investment, hydrogen stocks have been very good to us. And with the exception of Nikola—which has already soared more than most folks’ wildest dreams—I expect they’ll continue higher from here.
The 10 largest coal producers and exporters in Indonesia:
Click Here! Top Clean Coal Contractors for Power Plant, Gasification, Liquefaction and Emission Control System
Source: ETF Trends