Browse Articles  »  Finance  »  What Is the Best Cryptocurrency to Invest...

What Is the Best Cryptocurrency to Invest During 2021?

The year 2021 has put a hallmark of success on cryptocurrency trading. Common and uncommon, big and small, retail and institutional – all investors know that this is the best time to invest in cryptocurrency. If you also want to benefit from the opportunity and build a healthy financial portfolio, here are the top cryptocurrencies to invest during 2021.

Present, past, and future – Bitcoin has become a timeless asset for cryptocurrency traders. No matter what cryptocurrency trading instrument you choose, you can bet on bitcoin. 2017 is already a bull run moment for bitcoin. There has been a consistent rise in its value. 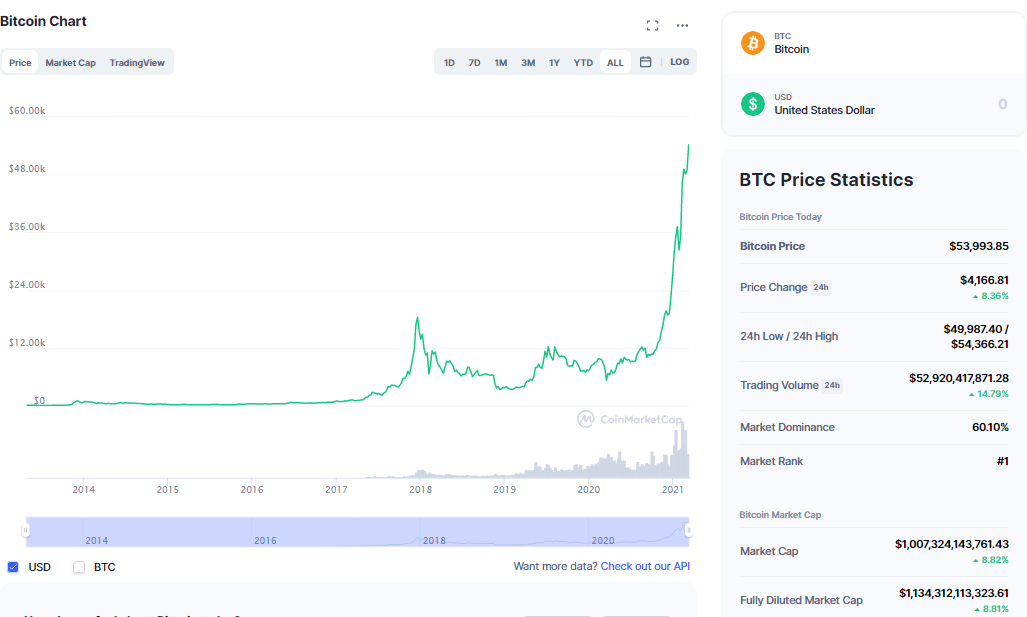 In the past one year, its value has only seen an upward trend. Even COVID-19 led economic crisis couldn’t slow it down. The recent USD1.5 billion investment by Elon Musk’s Tesla has given it a new height.

Ethereum’s consistency over the past one year makes it the second most preferred cryptocurrency to buy and sell. Citing the current ETH price (USD1825), you can easily get almost 29 times more ETH than BTC at the same deposit. Long-term or short-term – Ethereum could be a prudent thought. 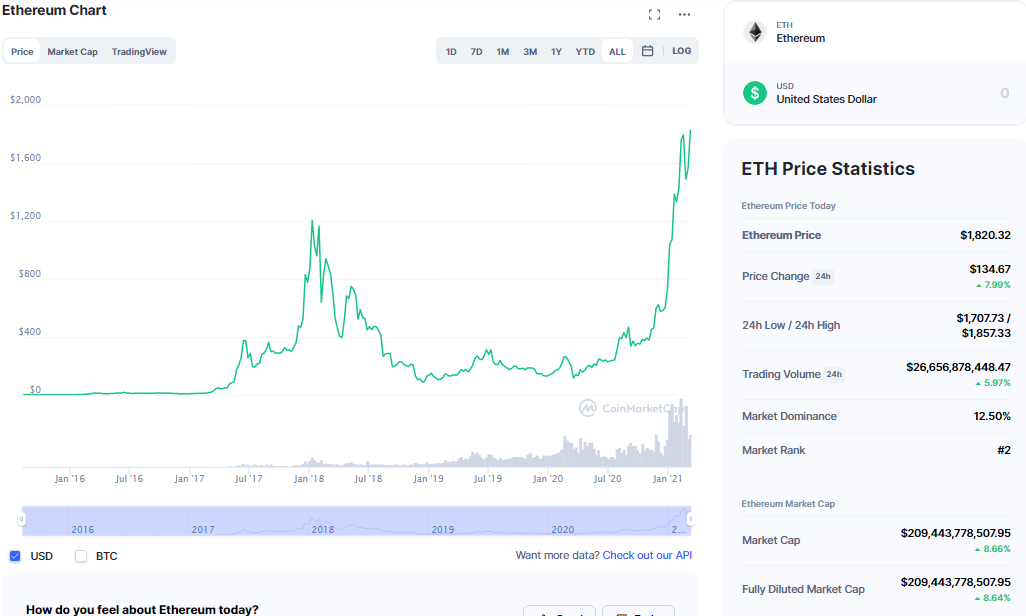 Its current market capitalization is $209,443,778,508 USD and it maintains a healthy circulating supply of 114,977,310 ETH coins. What guarantees the security of the Ethereum network? Ethereum is secured via the Ethash proof-of-work algorithm, derived from the Keccak family of hash functions.

Until January 2021, BNB was not even in the top 10 cryptocurrency coins. Since then, the Binance coin has witnessed an almost six-fold growth in its value. It shouldn’t surprise you considering the age of the cryptocurrency. 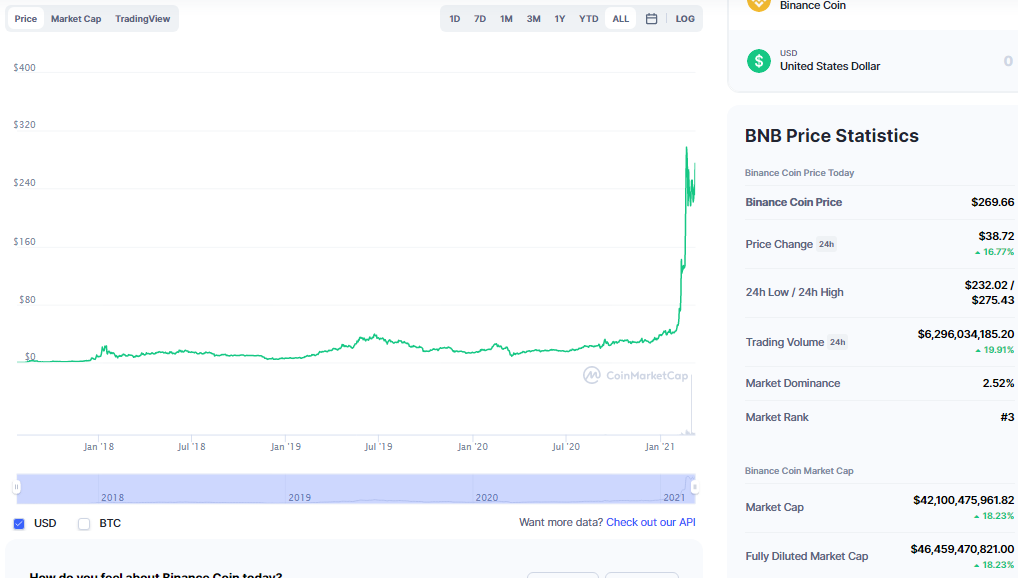 BNB was launched through an initial coin offering in 2017, 11 days before the Binance cryptocurrency exchange went online. Considering the current Binance coin value, i.e., $272.44 USD, which is almost 20 times lesser than that of BTC, it’s easy to conclude that owning more BNB can make you richer if the price goes up further.

In just four years of its inception (founded 2017), Cardano has become one of the favorites of cryptocurrency traders that take market capitalization to USD 37,939,127,099. Over the past one year, its value has grown exponentially from USD0.17 to USD1.20, which is almost over six folds.

Tether belongs to a new breed of cryptocurrencies called stablecoins. Its value is fixed at USD1. On the contrary to the volatility of other cryptocurrency coins like BTC, it aims to maintain a stable valuation. This attribute makes it a preferred medium of exchange like USD or any fiat currency, and a mode of storage of value, instead of being used as a medium of speculative investments.

The Wall Street Journal, based on CryptoCompare data, reports that 80% of all bitcoin trading is done in Tether, and the stablecoin is a major source of liquidity for the cryptocurrency market.

Polkadot’s growth after December 2020 to till date has been phenomenal. It has attained almost seven times growth. DOT is a unique proof-of-stake cryptocurrency. It was conceptualized with a mission to deliver interoperability between other blockchains. It bridges permissioned and permissionless blockchains as well as oracles to allow systems to work together under one roof. Its current value of USD36.03 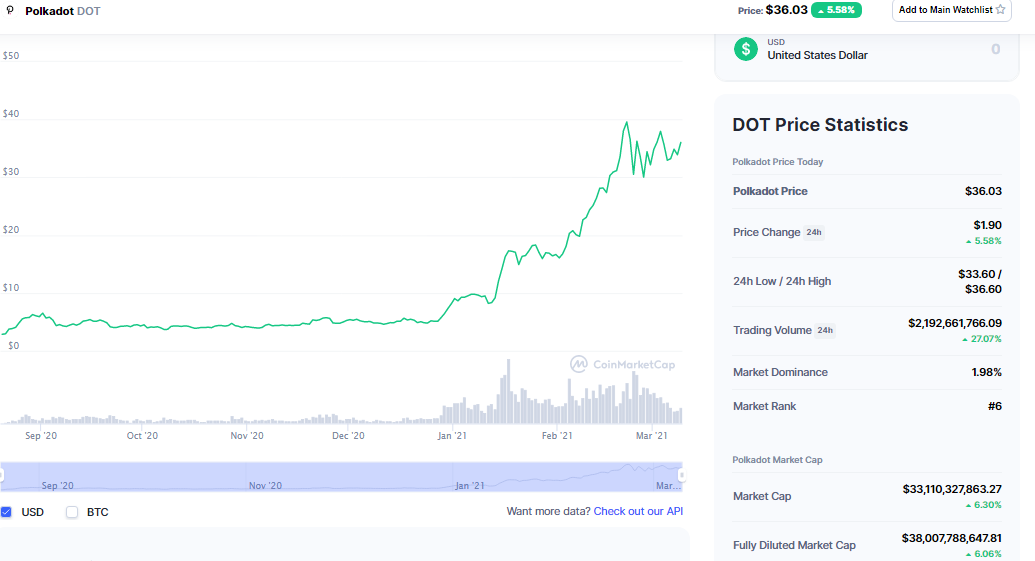 The interoperability of varying networks is facilitated by its relay chain. It also allows for “parachains,” or parallel blockchains with their own native tokens for specific use cases.

Wise investors make the most out of the little investment they do. Hence, do not ignore XRP trading citing its low value (USD0.48) today. The usability of its underlying XRP Ledger into the mainstream banking and supply chain for real-time gross settlement has increased its adoption, and its value is likely to see new heights in the near future. 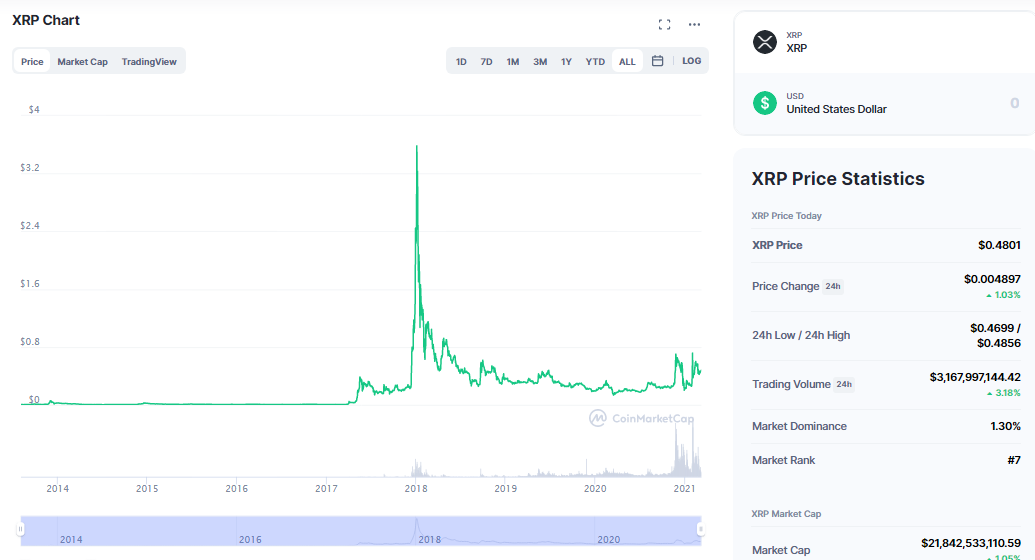 Though Uniswap comes at #8, its resilience amid COVID-19 led economic crisis is appreciable. This is the only cryptocurrency that hasn’t seen a downward movement since its launch in September 2020. With its current value of USD 33.42, it comes as an incredible choice for all types of investors – beginners and advanced. 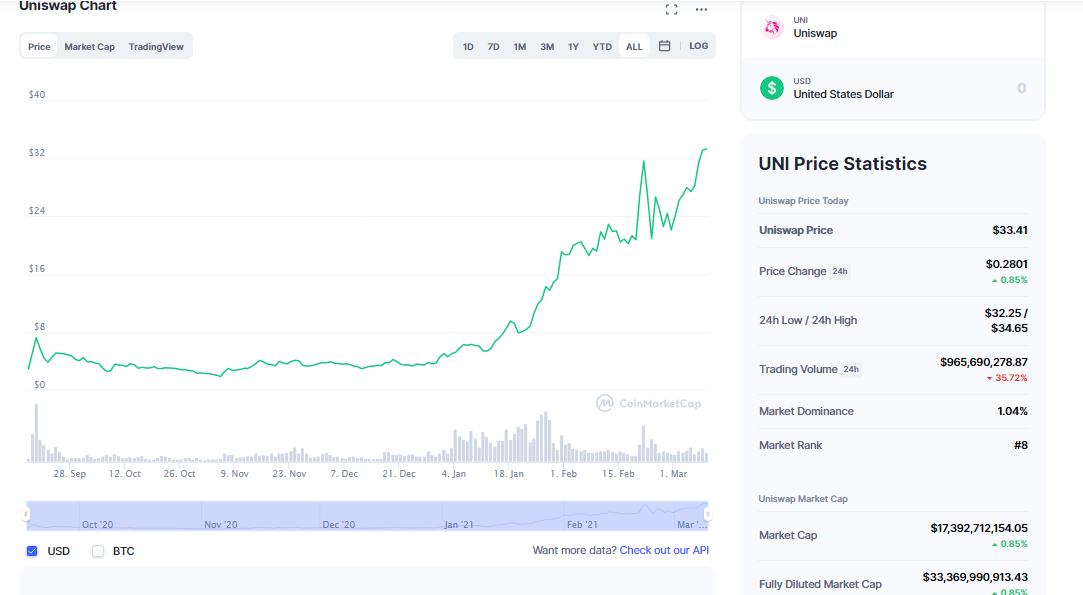 The consistent rise in the market capitalization and circulating supply of Litecoin makes it a potential investment instrument. Its current value is pegged at USD198.89. It has never disappointed its investors since 2014. 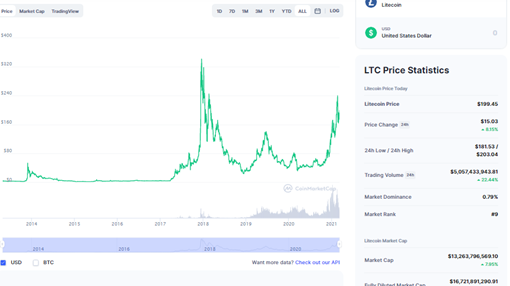 There is a fundamental difference in the underlying technology of BTC and LTC. It uses a hashing algorithm, hard cap, block transaction times, and a few other factors. Litecoin has a block time of just 2.5 minutes and extremely low transaction fees. 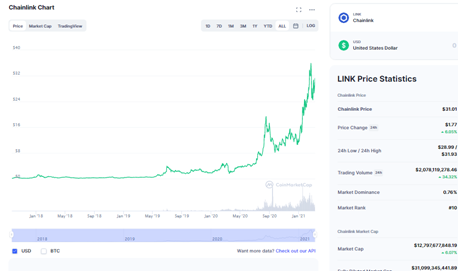 Chainlink (LINK) derives its underlying technique from a decentralized oracle network that aims to connect smart contracts with data from the real world. Sergey Nazarov along with Steve Ellis developed it, and was launched through an ICO in September 2017. It raised USD32 million, with a total supply of 1 billion LINK tokens.

Presenting a user-friendly, comprehensive, and secure trading platform, PCEX Member, has become the preferred cryptocurrency exchange to Buy  BTC in India or non-BTC cryptocurrencies. Every 24 hours, the trading platform witnesses a transaction volume equivalent to USD2.5 billion. High liquidity, smaller lot size, and lower transaction fees have made it a heaven for inventors - big and small.  They can easily, quickly, and safely grow their funds. Benefit from our Knowledgebank that guides you to invest funds and hedge them wisely like a professional. It’s free.