Browse Articles  »  Health & Medical  »  What Increases the Risk of Having a Drug Problem?

What Increases the Risk of Having a Drug Problem? 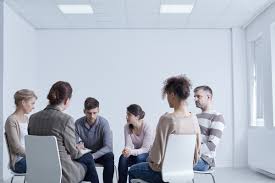 From years of study and care of patients suffering from drug-related complications, we at Renaissance Recovery Center comprehend that not every drug user develops a drug problem. However, certain ‘triggers’ make dependence as well as abuse more likely. It is significant to have a proper understanding of the risk factors particularly during recovery because they are known to cause slip-ups thus engaging in behavior that you are trying to avoid. These risk factors vary from genetic and health factors as well as social factors.

We at Renaissance Recovery Center understand that drug addiction is a hereditary disease that can be passed from one generation to another. Studies done on the topic of ‘gene addiction’ have identified that there exist biological contributors to drug use and overall drug dependence. For instance, our able researchers at can confirm that individuals with a family history of drug abuse are at a higher risk of developing substance dependency due to an existence of a gene that makes drug reactions variable from person to person.

Additionally, we recognize that individuals who suffer from mental health issues such as post-traumatic stress disorder (PTSD), anxiety disorder, or depression have a higher chance using and abusing drugs. Stress is a significant influencer of drug addiction and individuals suffering from mental illnesses are exposed to significant amounts of stress-related issues such as stigmatization or lack of self-esteem. These consequently increases the chances of drug abuse or dependency in a quest for someone to feel normal.

Social influencers are the most significant causes of drug abuse or substance dependency. Below are some of the primary triggers that increase the danger that leads to an individual’s entrapment in a life of drug abuse and dependence.

One of the most publicized side effects regarding early age drug use is the potential for acute brain damage, which is augmented in teens than adults. The mental instability caused by early drug use increases the risk of drug dependency and abuse.

Individuals living in areas where it is significantly easier to get drugs or where drug use is common are at a higher risk of substance dependence and addiction. Years of drug rehabilitation have also shown us that an individual’s environment includes the people around the patient. There is a higher risk of an individual developing dependence or addiction towards a drug when his friends, family or work collogues are known to abuse the said drug.

An individual who is a subject to a variety of social conflicts at home or at the workplace is at high risk of developing substance dependence. Stress is a known psychological trigger of drug use. In the instance that an individual is a subject of constant family related or work-related stress, he or she becomes vulnerable to drug abuse.

It should be taken to note that patients exposed to the aforementioned risk re not automatically going to develop a drug problem. Additionally, if you are not exposed to the above-mentioned risk factors does not suggest that you are safe to use drugs. We at Renaissance Recovery Center urge everyone to be careful when consuming any substance that has a history of dependency and addiction.