Browse Articles  »  Technology  »  What Future Has Got For Us In Mobile Apps?

What Future Has Got For Us In Mobile Apps? 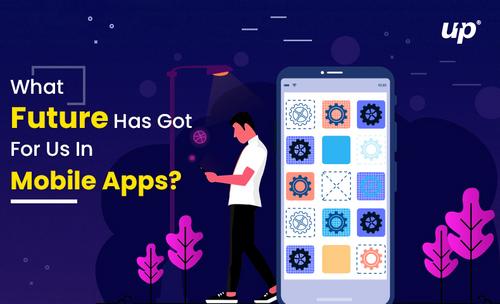 Android and iOS being two of the most dominated mobile platforms are known to be having millions of apps. Apple’s App Store is said to be having almost 2 million apps, while, Google’s Android, on the other hand, is having 2.46 million apps.

It’s 2019 we are talking about, and to this date Android has witnessed app downloads between the digits of 2.6 million, and 2.2 million on the Apple’s iOS. Back in 2018, there were more than 194 billion apps downloaded on both these platforms. Out of those numbers, 105 billion apps were of Android’s and the remaining ones were iOS’s.

These figures not only tell us how mobile apps are growing nowadays, but it also tells us that we are too dependent upon them no matter what the purpose is. As the market for iOS app developers is growing, so is the demand for them. Do you know what that means? From now onwards, app development companies need to step forward and integrate new technologies in their apps.

Now that we have mentioned all the facts that you needed to move forward, this might be the right time for us to mention some of the trends that can affect the way we use our mobile apps nowadays. If you are a mobile app developer, you need to check this out.

Future App Trends That May Come As a Storm

It would be completely disrespectful if we didn’t mention wearable devices right on top, well, it’s that impactful and important at the same time. As per a handful of surveys and our knowledge, it is being shown that more than 74 million smartwatches have been sold to this date, which back in 2018 was only 53 million units. However, nowadays wearable devices aren’t just limited to smart watches, but we’ve witnessed devices like healthcare sensor, display devices and even sensor embedded garments and shoes.

AI is quite a unique technology that can perform human-like tasks with ease. AI is said to be one of the greatest technology breakthroughs of all time as app development companies can use it within their apps to provide the users with the utmost level of sophistication. If we talk about today, then AI is playing a major role in virtual assistants and Chatbots.

For the past couple of years, both AR and VR have managed to make a huge impact on different business ventures. Another thing you need to consider is that both these technologies are predicted to play a major role in the mobile app development industry. Today, for instance, millions of people use such apps just to get a hold of its benefits and what not.

With the help of m-commerce one can buy and sell products and services through smartphones and everything else that can be connected with the internet. With the increasing popularity of Google Wallet and Apple Pay, users have stopped using their debit and credit cards. With that being said, it has become quite important for all the app developers to make such an app that can carry out the process of a transaction with ease.

Cloud is what we know is used for storing huge amount of data across different platforms and devices. with such a capability, cloud computing is known for faster processing, secured, and less expensive. This is one of those trends that are being used by most of the mobile app development company in USA.

When it comes down to the future of mobile apps, after enlisting and explain all the trends, we can say that the future is looking bright and we can expect something big from all of those technologies that we just mentioned above.

Are you looking forward towards making an app that can help your business to grow? If that so, then what are you waiting for? Head over to Fluper and have your app built by our highly dedicated app developers and designers who’d be happy to help you out.