Radiator is as an important part in cooling system of diesel engine, its cooling capacity determines the working temperature of the cooling system to a great extent. Cummins diesel engine water radiator is usually closed DC forced circulation copper tube belt type. The core structure of radiator is tube belt type, and the core tube (i.e. cooling water pipe) is pancake, so as to reduce air resistance and increase heat dissipation area. The heat dissipation belt is wavy, on which there are many small windows arranged according to rules, which increases air turbulence and heat dissipation efficiency. 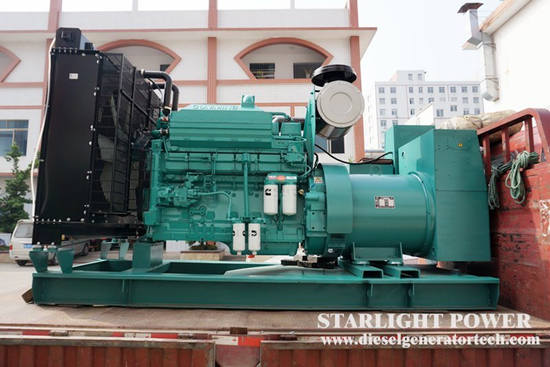 In the circulating water of the water cooling system of high-speed diesel engine, there is often a small amount of air and steam. The main reasons for these air and steam sources include:

1.The limitation of structural design, the existence of "dead zone" in the diesel engine water jacket and some parts, and the accumulation of some air.

2.During the full load process, some air is always absorbed into the system in the coolant. When the diesel engine is working under high load, the cooling water will boil in the high temperature zone and generate steam bubbles. When the steam bubbles increase and form into a piece, they will form air bags.

The gas resistance is very harmful to Cummins diesel engine:

2.The residual air in the coolant will cause uneven local cooling, and the burning exhaust gas dissolved in the coolant is easy to form acid, which will cause rust and corrosion of parts and shorten the service life of parts.

3.The penetrated gas will cause cavitation of cylinder liner and water pump and accelerate the damage.

In order to understand the cavitation of water pump, the low water chamber of radiator, and the removal of air and water vapor in cooling system etc. Cummins diesel engine adopts the high post type forced degassing device expansion water tank. The main functions of the expansion water tank are as follows:

This is because at this time, the coolant stops or greatly slows down the circulation speed, so that the heat of the coolant can not be emitted, resulting in after boiling. In a word, the expansion tank can avoid the loss of coolant.

At the same time, in the forced degassing cycle, it is very important to match the diameter of the degasser with that of the same water pipe. If the diameter of the degasser is too large, the flow of the degasser cycle will increase, the return flow will increase, the degassing time of the gas (or steam) water mixture in the expansion water tank will decrease, and some bubbles will be discharged into the expansion space and brought back to the diesel engine water jacket in the future, so the degassing is not clean. If the diameter of degasser pipe is too small, the flow of degasser cycle will be reduced, and some gas or steam will not enter degasser cycle, but will be taken away by large cycle or small cycle, resulting in unclean degasser. Therefore, the degasser pipe and return pipe of diesel engine are selected through many tests, and can not be replaced by other caliber pipes at will.