AC alternator is an important part in diesel generator, if it has faults, whole diesel generator can not work. Some customers asked question about this last time, so Starlight Power will answer details about the common faults of AC alternator, hope this article is helpful to everyone.

A.There is abnormal voltage between alternator neutral line and ground.

1.Under normal condition, due to the influence of high-order harmonics or manufacturing process, the air gap under each magnetic pole is uneven and the magnetic potential is unequal. If the voltage is between one and several volts, there will be no danger and it is not necessary to deal with it.

2.The alternator winding has short circuit or poor insulation to the ground, which leads to the deterioration of electrical equipment and alternator performance and easy to heat up. Therefore, timely maintenance should be carried out to avoid the expansion of the accident.

3.There is no voltage between neutral line and ground under no-load, but voltage appears when there is load, which is caused by three-phase imbalance. Therefore, three-phase load should be adjusted to make it basically balanced.

1.The alternator does not operate according to the specified technical conditions. Over high stator voltage, iron loss increasing, too large load current, startor winding cooper loss increasing, too low frequency, those factors will slows down the cooling fan speed, affect the alternator heat dissipation. And too low power makes the rotor excitation current increase, resulting in rotor heating.

3.The air duct is blocked by dust and the ventilation is poor, which makes heat radiation difficult. We should clean dust and oil dirt to make the air duct unobstructed.

7.The insulation damage of stator core will cause the short circuit between pieces, which will increase the eddy current loss of the iron core and generate heat. In serious cases, the stator winding will be damaged. Stop the machine immediately for maintenance.

8.The parallel conductor of stator winding is broken, which makes the current of other wires increase and generate heat. Stop the machine immediately for maintenance. 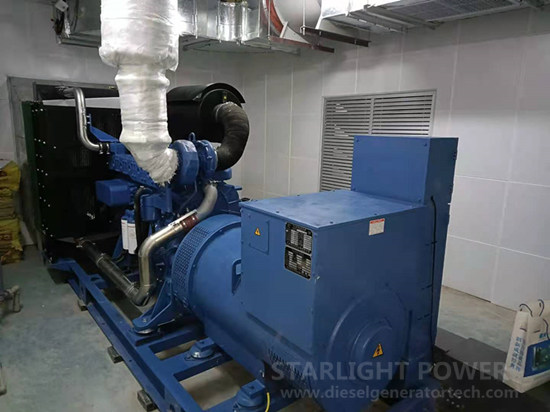 1.Overload. We should reduce load.

2.In case of phase to phase short circuit or grounding fault of transmission line, the line should be overhauled, and it can return to normal after troubleshooting.

Due to insufficient compound excitation compensation of voltage source of excitation device, the excitation current required by armature reaction can not be provided, so that the generator terminal voltage is lower than the grid voltage and the rated reactive power cannot be delivered. The following measures should be taken:

3.Reducing the resistance of rheostat increases the excitation current of generator.

2.When the magnetic pole of the generator loses magnetism, the DC current larger than the rated current (for a short time) should be introduced into the winding for magnetization, that is, sufficient remanence can be recovered.

G.The temperature of excitation reactor of automatic excitation device is too high.

2.If there is no instruction on the exciter voltmeter that the residual magnetism disappears, the exciter should be magnetized.

3.The polarity of the magnetic field coil of the exciter is reversed, and its positive and negative connecting lines should be exchanged.

4.When doing some tests in the maintenance of the generator, the magnetic field coil is wrongly connected with reverse direct current, which leads to the disappearance or reversal of the residual magnetism, so the magnetization should be conducted again.

Starlight Power is not only provide technical support, but also sell and produce diesel generators, we have focused on high quality product for more than 44 years. If you need to buy diesel generator recently, please call us +86 13481024441( same as WeChat number).