Vitamin B12 for Vegans

If you are vegan (or follow an entirely plant-based diet), taking a vitamin B12 supplement is non-negotiable, unless you're having 3 serves of fortified foods every day*, which means the manufacturer has added vitamin B12 to the product (which is a form of supplementation in itself).

Whether or not you need to take additional dietary supplements as a vegan depends on a number of factors such as your age, gender, stage of life (for example, whether you're pregnant or breastfeeding), your dietary intake (i.e. whether you're getting the nutrients your body needs from your food), where you live (which determines the food supply you have access to), and environmental factors (such as sun exposure), but in this post I'll just focus on vitamin B12. 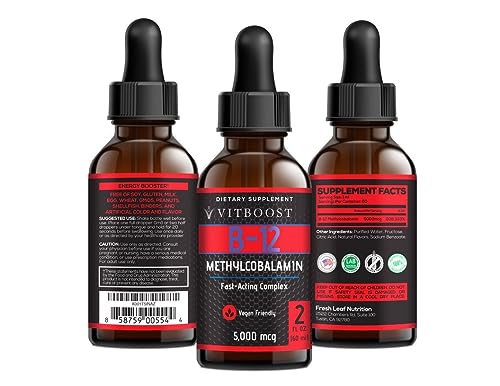 I've edited this post many times in the past two years since I originally posted it to make sure it's up-to-date and accurately reflects the current scientific knowledge, and will continue to tweak things here and there as new research is published.

The main reasons I'm so passionate about vitamin B12 for vegans is that there are so many myths and misconceptions about it in the vegan community, and as it is only found in animal-based foods, vitamin B12 deficiency remains prevalent in vegan populations, despite it being eminently preventable by appropriate supplementation. A recent review found that rates of vitamin B12 depletion and deficiency in vegetarian populations (including 'strict' vegetarians, or vegans) around the world is 'high', and one population study found deficiency rates of 52% in male vegans.

Dietary sources of vitamin B12

Vitamin B12 is produced by bacteria which live in the soil and in animal guts, and is only found in animal products including meat, fish and dairy products, unless it has been added to foods designed for vegans and vegetarians, such as certain brands of soy milk*. As soon as I say this, people will start to argue that some plant-based foods do contain biologically-active vitamin B12, and although this is true, I would argue that the levels in these foods cannot be relied on to meet your vitamin B12 requirements. As an example, a study from the University of Western Sydney found that mushrooms do contain biologically-active vitamin B12, however, one serving of mushrooms only contains 2-4% of the RDI (which is the amount of vitamin B12 you need on a daily basis).

Other vegan foods (such as spirulina) which are often touted as good sources of vitamin B12 have been shown to contain inactive analogues of vitamin B12, which means the compounds detected in the lab 'look' like vitamin B12, but are not biologically active within the human body.

Common myths and misconceptions about vitamin B12:

'Vitamin B12 deficiency takes years, maybe even decades to develop, so it's not something vegans need to worry about'

Nutrition textbooks say a person *should* have enough vitamin B12 stored in their body (in the liver) to last 2-5 years without a dietary source, but as a dietitian reading lots of blood test results, I've seen clients with vitamin B12 deficiency after only a few (3-6) months on a vegan diet, so it's something to start supplementing with as soon as you make the decision to go vegan, vegetarian or plant-based.

'I eat organics and don't wash my vegetables, so I don't need to worry about vitamin B12'

Yes, soil contains vitamin B12-producing bacteria, but the issue here is again the reliability of the amount of vitamin B12 you're getting from unwashed vegetables. It's not worth the risk, so always take a supplement.

'Vitamin B12 deficiency is only a problem for vegans'

Vitamin B12 deficiency is certainly not only a vegan deficiency - one study of 302 female University students in Sydney found that 11% had serum vitamin B12 levels below the lower cut-off for the reference range (which was set particularly low at 120pmol/L, which is far lower than the standard cut-off of 180-200pmol/L). If you are vegetarian, or even a meat-eater who is actively reducing how much meat and dairy you're eating (which many people are), I would urge you to consider supplementing with vitamin B12.

Older adults are also at risk of vitamin B12 deficiency, as stomach acid levels decline as we age, which makes it difficult to cleave the vitamin from its protein-bound form in food.

Certain medications also reduce vitamin B12 levels, such as Metformin (a drug indicated for Type 2 Diabetes) and proton pump inhibitors (used to reduce stomach acid levels), so please ask your GP whether any medications you are on could affect your nutritional status.

'Cyanocobalamin (a type of vitamin B12 commonly used in supplements) contains cyanide, which is toxic'

'I've been vegan for X number of years and never taken a supplement, and my vitamin B12 levels are fine'

As serum vitamin B12 isn't a particularly sensitive test, I would recommend having your homocysteine and methylmalonic acid (MMA) levels tested by blood test (which will more accurately assess your vitamin B12 stores than a serum vitamin B12 assay), and to start taking supplements regularly, as it's not worth risking deficiency.

Serum vitamin B12 levels can also be falsely elevated by inactive analogues of vitamin B12 found in foods such as mushrooms and tempeh, which may be the reason why some vegans who don't supplement appear to have adequate levels on a blood test.

Although most brands of nutritional yeast (also known as savory yeast flakes, or 'nooch') do contain vitamin B12 (as the yeast is grown on vitamin-enriched media), the levels vary from brand to brand and most don't provide anywhere near enough to be adequate as a once-daily source.

Fortified foods need to be consumed 3 times per day and each serving should provide a minimum of 1mcg of vitamin B12.

Cyanocobalamin is readily converted to both coenzyme forms, is the most well-studied, and is the most stable (chemically). As such, I recommend cyanocobalamin over the other types of vitamin B12 available as supplements.

There is no evidence that methylcobalamin is superior in any way to cyanocobalamin, and higher doses may be required to prevent deficiency (if you're particularly interested, you can read more about the issue).

You can test your vitamin B12 levels with a simple blood test, which your GP can order. If your total vitamin B12 levels are low or borderline, the pathologist will do a further test for 'active B12' (holotranscobalamin) level, which is a more specific test.

You can also test your serum methylmalonic acid (MMA) or homocysteine (HC) (which are metabolites of vitamin B12-dependent enzymes), but please check with your GP as to whether these tests are covered by Medicare, or whether there will be an out of pocket expense.

The following dosage recommendations are based on cyanocobalamin-containing vitamin B12 supplements only.

Provided they don't contain any lactose (and aren't in a gelatin capsule), vitamin B12 supplements are usually vegan, though it is worth ensuring that they are vegan-friendly (which should be stated on the label, or can be confirmed directly with the manufacturer), as some may contain non-vegan excipients, such as animal-derived magnesium stearate.

You'll notice that the quantities I have recommended are much larger than the Recommended Dietary Intake (RDI) of 2.4mcg for adult men and women because at low doses, the absorption of vitamin B12 from the intestines is limited to approximately 1mcg at a time, which means you either need to take a small dose 3x per day (which is how people who eat meat and dairy meet their vitamin B12 requirements), or a much larger dose less frequently (from which much less will be absorbed).

For adults aged between 18 and 50 years**, I recommend doing either of the following:

How much vitamin B12 is too much?

At present, there is no upper level of intake for vitamin B12 set by the NHMRC (which you can read more about), but in my opinion, there is no need to exceed 1000mcg (1mg) per day if you do not have a vitamin B12 deficiency and are just aiming to maintain your levels.

*In Australia, there are a limited number of foods which are permitted to be fortified with vitamin B12 (which means the manufacturer has added vitamin B12 to the product). Examples include certain brands of soy milk and vegetarian meat alternative products such as the Vegie Delights range (which includes products such a sausages and burgers). One serving of a B12-fortified food should provide a minimum of 1mcg of vitamin B12.

**If you are over 50 years of age a daily dose of 500-1000mcg is recommended. If you are pregnant or breastfeeding, please speak with your GP, obstetrician or dietitian for individual advice.

vegan liquid b12
vitamin b12 supplement
vegan vitamin b12