If you’ve been watching the ratings of cryptocurrency coins recently, you’ve likely been surprised by the number of new coins which are quickly gaining traction. One of these coins specifically, is something incredibly unique known as Uniswap.

Uniswap is a completely new type of cryptocurrency exchange which knocks all the other decentralized exchanges out of the water. Unlike centralized exchanges like Coinbase, Uniswap doesn’t have any overseeing or governing bodies. But the issue with decentralized exchanges is that traders are often looking for someone to agree with their exact trade in order to swap currencies. Uniswap is built on something completely different, known as automated liquidity protocol making it simple to trade coins at any time. Uniswap built on the Ethereum blockchain and is built on open source programing, which means any coder can use the code from the Uniswap project in any project they desire on the Ethereum Blockchain.

How Does This Work?

This is the really cool part, all the trades which occur on the Uniswap marketplace are facilitated by Ethereum smart contracts. When you, as a trader, submit a trade, this request goes through an exchange contract, and as long as there is enough pool liquidity, the trade is granted. This is an automatic computer program which requires no human insight or action.

So, where does this liquidity pool come from? The users of the exchange! Uniswap users combine their money into a number of different funds which are used to facilitate trades. And just like a proof of stake system, the users are compensated for volunteering their tokens to the liquidity pool. There is a currently 0.30% flat fee required to transact on Uniswap. This is then sent to the liquidity pool which staked it. When users volunteer their coins, they are grouped in different liquidity pools and then given a token to represent their stake in that pool. For example, if you stake $6000 in a $30,000 pool, you will receive a token stating you have 1/5 of that pool. When you decide to leave the pool, you will be given 1/5 of the earnings from the transactions your pool helped back while you were a part of it.

How Are Prices Decided For a Trade?

Most markets depict price using an order book system which pegs the price based on the highest buyer and lowest seller. Uniswap is different in that it uses an automated market maker system. This is a system which uses algorithms, or high-level math, to adjust the price of an asset in regards to supply and demand. It also takes the number of coins in a respective liquidity pool into an account.

What this essentially means is Uniswap is heaven for people who make money off of arbitrage. People who engage in what is known as arbitrage trading use discrepancies across different trading platforms to make money. But this is even easier with the algorithms on Uniswap, as every time a large trade is executed, this affects the price because it affects the liquidity pool. Arbitrage traders are watching for this, and if there is a huge imbalance, they will likely swoop in and make a profit from the deficit. Although this may sound bad, this is actually a key component of keeping the trading on Uniswap balanced. Without these arbitrage traders, there could be frequent crashes in coin price which would scare those involved in the liquidity pool every time a large trade was executed.

The History of Uniswap

Uniswap was created in 2018 by Hayden Adams, who got his inspiration from Ethereum founder Vitalik Buterin. Adams is a former mechanical engineer for Siemens. The Uniswap project was mostly funded thanks to funds given by a few venture capital firms.

The website launched in early 2020, and faced immediate difficulties from an attempted hack in April 2020. They have since resolved the issue (the hackers were unsuccessful) and have recovered to hold a high position on alt coin leader boards, thanks to the large dollar value of trades which are carried out on the marketplace each day.

How Do I Start Using Uniswap?

Sounds pretty cool huh? Well to get started trading on the Uniswap platform, you do need to have an Ethereum supported wallet already set up. These are available on Coinbase, WalletConnect, MetaMask as well as a number of other cryptocurrency wallets. You will also need to purchase some Ethereum, and have it held in the aforementioned wallet.

Next you can head over to the Uniswap website, then simply click “use Uniswap” which can be found in the upper right-hand corner. The website will walk you through the wallet connection process. You will then go back to your wallet, and allow it to interact with Uniswap. You will now be able to trade coins directly from your wallet on the Uniswap platform with a few simple clicks of a button. 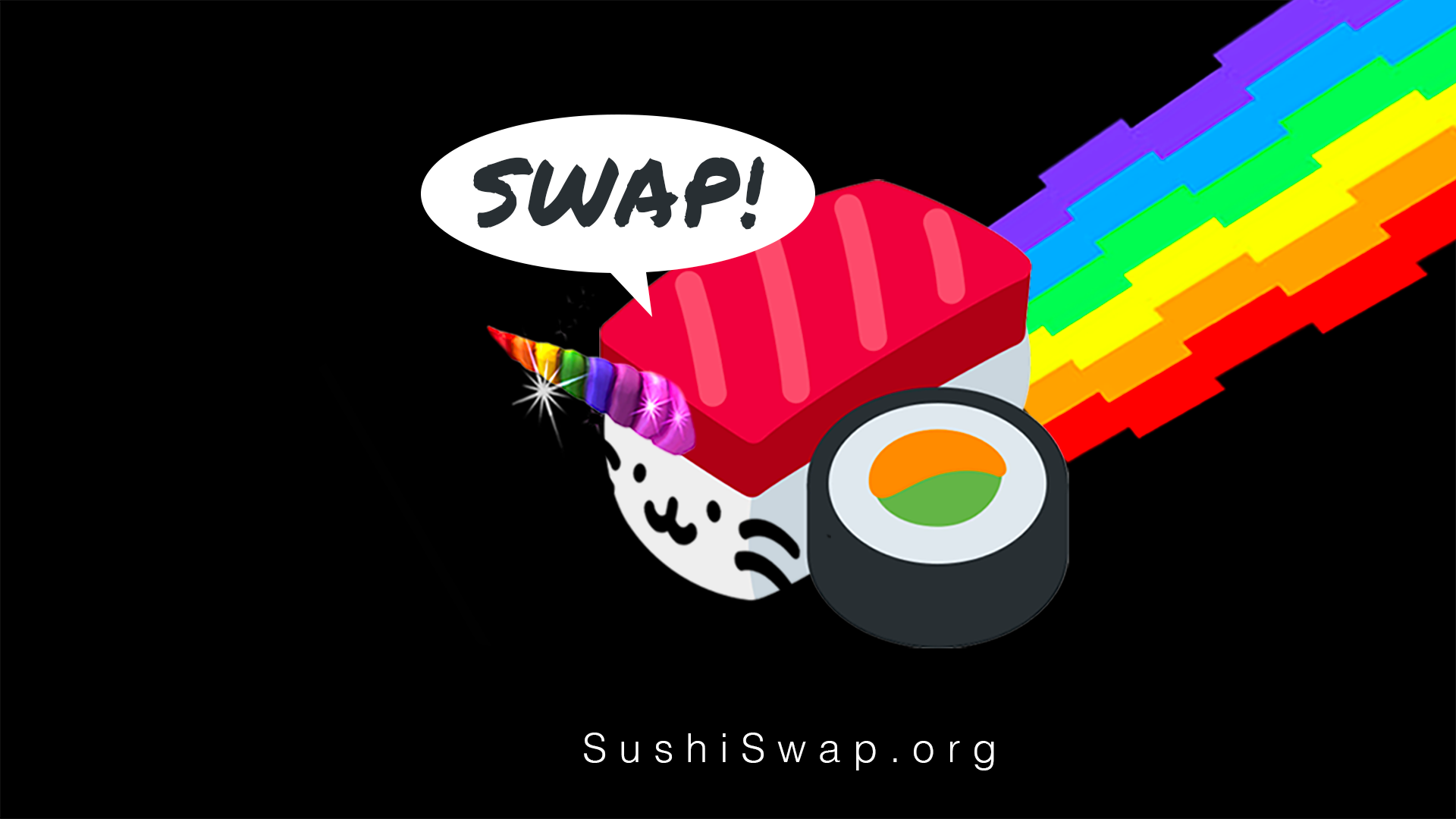 Unfortunately, there has already been a hard fork to the Uniswap token. This happened in August 2020. The new cryptocurrency which resulted is called SushiSwap, and it runs on the exact same protocol as Uniswap, but with more community focused features. And unlike Uniswap, where all of the fees collected go to liquidity pool providers, SushiSwap gives a portion of its earnings to a fund to better the platform. As of the writing of this article, the liquidity providers get 0.25% and SushiSwap takes 0.05%.

Although SushiSwap was invented to strengthen Uniswap protocol, it actually caused the parent coin a host of issues. The month after it launched, the platform offered a special deal for liquidity providers to cross over from Uniswap to SushiSwap, and in the process it compromised the liquidity of the Uniswap market. Luckily, Uniswap was able to recover quickly, and has since topped charts as the number four token traded in terms of dollar worth of daily trades. SushiSwap has not yet boasted similar success.

Overall, Uniswap is an amazing marketplace, especially for those of you who are looking to leave the centralized markets in light of recent KYC and AML regulations. Not only is it easy to use, but it’s also easy to earn money just by staking your coins. Of course, this is a decentralized exchange, which means there is no governing body backing or protecting your coins. So, make sure you research and know what you are getting into before you stake or trade large amounts of cryptocurrencies.

This article was brought to you by the provably fair Bitcoin Slots games on MintDice. Originally posted on the MintDice Crypto Blog.