by Kristen White Blogger
If you are confused about holiday destination, let it be known that national parks in India make for an exciting destination. Holidays in a national park is packed with adventure, fun and awe. Due to India's climate and geographical diversity, there are about 400 national parks. What is even better, not one of them is alike. Every park is unique and provides some unique draw from tigers, to lions, to rhinos, to elephants and many other forms of wildlife. 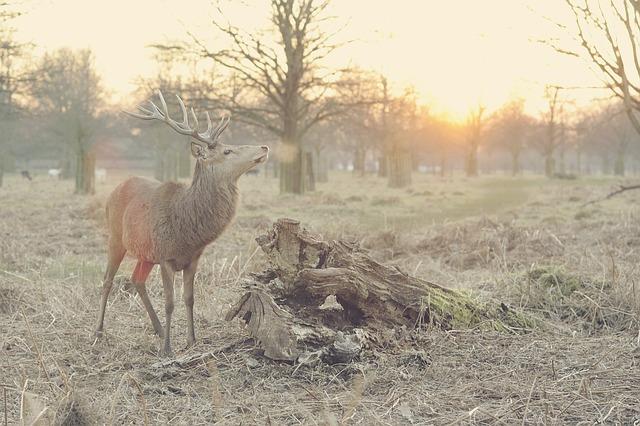 Apart from the adventure, you can also rest assured that your stay will be luxurious due to the availability of the hotel. From the excellent Kaziranga to top Ranthambore hotels and resorts will make your holiday a relaxing one too. Take your pick from one of these best national parks of India.

It is one of the finest and the most popular national parks of India which stretches over 520 square kilometers in Nainital. Due to its size, it is divided into four zones - Bijrani, Dhikala, Durgadevi, and Jhirna. All four zones are rich in flora and fauna. This national park is mainly famous for tiger spotting which is abundant in all four zones. Apart from tigers, the park is also rich in other wildlife including leopards, jackals, sloth bear, black bear, deer and monkeys.

Tourists can opt to trek around the park with assistance from your guide and can even book jeep for safaris. Six people are accommodated in one jeep with ₹4000 per jeep.

This reserve situated in Gujarat used to be hunting reserve for Nawabs of Junagadh and had a depleting number of tigers when in 1990 it was turned into a sanctuary and was recognized as a national park. Best known for sightings of Asiatic lions, since 1990, when it was converted, the number of lions have gone from a mere 12 to over 600. Other animals such as black buck, wild boar, porcupine, chinkara, sambar etc. are also found here.

Gir Forest National Park is also known for its jeep safaris which lets the tourists experience wildlife in their natural habitat. Just like Jim Corbett National Park, here to six people are accommodated in each vehicle costing ₹4500.

This sanctuary apart from being recognized as a national park is also recognized by UNESCO as a World Heritage site. It is situated in Assam, at the eastern Himalayan and is a biodiversity hotspot. The diverse range of wildlife found here is mind-boggling. It is primarily famous for the habitat of the Big Five - Rhinoceros, Wild Buffalo, Tiger, Swap Deer and Elephant.

However, it is also home to animals such as leopards, bears and various species of migratory and local birds. The major draw to Kaziranga, though, is the one-horned rhinoceros. Jeep safaris for elephant sightings are provided early in the morning while general Jeep Safari is provided during the afternoon. Sprawled over 378 square kilometers, Kaziranga National Park is one of the best national park holiday destinations.

It is one of the largest national parks situated in north India. Not only is it sprawled over 392 square kilometers but there are two more national parks - Sawai Man Singh Sanctuary and Keladevi Sanctuary - that can be included in the same holiday.

It is part of Project Tiger and is one of the biggest reserves for Bengal Tigers. Apart from that Ranthambore also houses various wildlife animals such as bison, striped hyenas, elephants, and jackals. The park also is home to much historical architecture and is famous for the Ranthambore Fort. Top Ranthambore hotels and resorts with modern amenities make this place a perfect holiday spot.