by Neha Srivastava Working In IT Solution

With an estimated 3.2 billion smartphone users utilizing mobile apps, notable mobile application development company would have to step up their game to remain at the forefront of the competitive market.

At the same time,it’s important to note that the constant rise in mobile application users gives room for start-up development companies to gain a reputable standing.

That being said, the Google app store currently ranks at the top of the app store market. Thousands of apps are uploaded to its platform on a daily. This piece is geared towards providing you with tech-savvy Google app store stats that would enable your app to rank better in the play store, so sit back –enjoy a good read and go rank better.

How many apps are available on Google Play store? 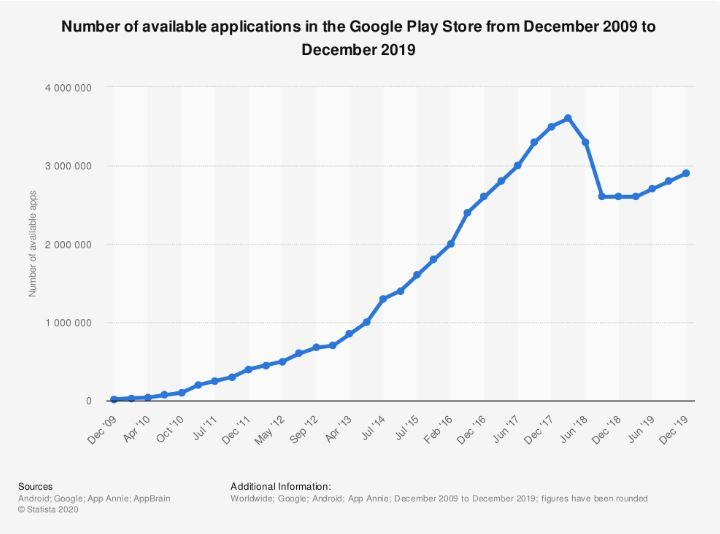 Yeah, while Google might have its restrictions, the yearly inflow is in the millions. Reports have it that 3,310 applications are uploaded to google on a daily. Multiplying this by the number of days available in a week, your app is up against 23,170 new app upload every week. On a monthly scale, over 92,000 apps are uploaded on the platform.

We are quite confident you wouldn't want to bargain the probable growth rate of your app on the same scale as the yearly app upload.

How does app ratings influence your app potential for growth?

Ratings and reviews do not only impact the tech-savvy world. Its influence encompasses tons of reputable industries. With our primary focus being on the Google play store, we would like to focus on what the stats are saying.

1,155,638 apps available in the app store does not possess a user rating. Left at the wake of the remaining 2,043,044, you wouldn't deny the fact that that's a considerable number to contend with. Although, knowing that you are a million apps shy of ranking better is a bit heart-warming. 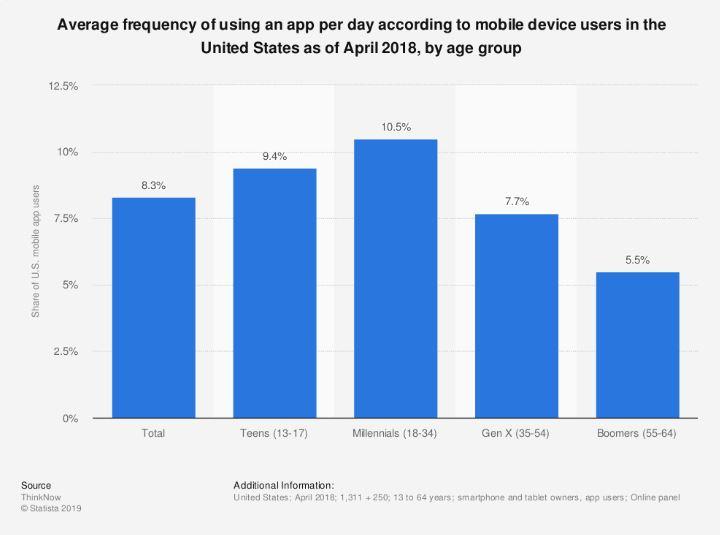 Google play store is amongst the most reliable store accessible to smartphone users. In an app-usage by app survey –Millennials frequent the app store more than any other age grade. An estimated 10.5 click per day comes from their end. Teens follow suit with 9.4 while Boomers come last with a 5.5% click per day.

You wouldn’t want to jump into app development when you know nothing about the types of apps that are influencing the tech-savvy world. 2019 saw the installation of over 84.3 billion apps from google store. Amongst the significant number of downloads made, social media platforms like Facebook and WhatsApp ranked at the top of the chain.

The world might be moving at a pace that we would have a hard time keeping up with, but our love for value at its lowest cost hasn't deteriorated a bit. Over 96.2% of the apps available on google play are available for free download. If you are planning to build a paid app, then going the extra mile to acquire profitable ranking is essential. You might fancy ranking amongst the 3.8% opting for paid apps.

Paid apps might be generating a massive stream of income from every click. Still, it’s not the only source for generating revenue from app creation. Over 259,555 apps are available in the google play store to support in-app billing. This method is renowned for its credibility in acquiring a remarkable number of download clicks while still generating substantial revenue.

To get to the forefront, you must be familiar with the user'sfavorite category. While social media apps are downloaded in their millions on a yearly, the most frequented apps in a 2019 report are gaming apps: 13.35%. 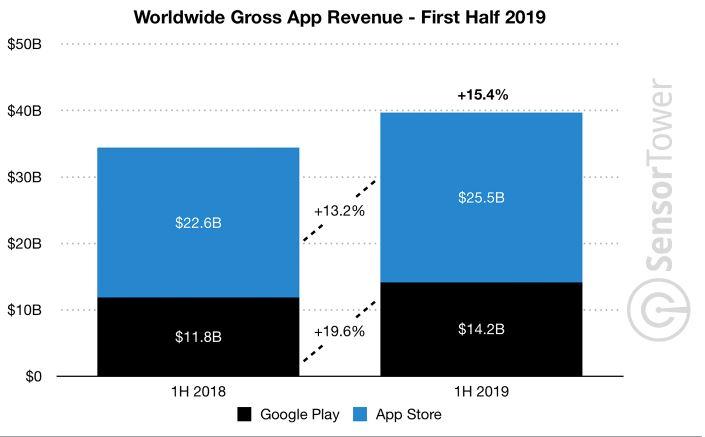 You might be wondering –of what importance is the revenue stat of the app store when trying to build an app? –If you want to enjoy reputable growth, you must familiarise yourself with the company’s annual revenue. The estimated google play store revenue for 2019 is 14.2 billion U.S. dollars.

Finally, How Does Your App Development Company’s Apps Rank on Google Play Store?

App development is a lucrative but time taking venture. While there are thousands of notable development companies catering to the needs of numerous enterprises, leaving the whole research work to their discretion can jeopardize the productive value a designed app is meant to have.

Google play store is the most reputable outlet for enterprises looking to create a remarkable outreach via mobile apps. With over 2.9 million apps available in its stores, you wouldn’t need a soothsayer to tell you that credible and substantial information is required to navigate the lucrative marketing opportunities it provides.

The stats are undoubtedly the most influential aspect of marketing. Whether you are looking to create an accessible app from scratch or your company is a bit outdated and requires expert data and analysis on acquiring a substantial marketing value and ranking for its business app on google play store, the stats always has a lot to say.

Ranging from the number of users, uploads, rankings, and even the annual revenue google play store generates, this piece covers it all.

Since we are geared towards helping you make sustainable marketing decisions, you can explore this piece rest assured that most of the information you would need to get to the top of the competitive marketing chain your industry requires is contained in here.

Working In IT Solution