Browse Articles  »  Technology  »  Thinking of buying TV for the World Cup? This...

Thinking of buying TV for the World Cup? This is what you should know

by Arsalan N. Internet Researcher, Blogger
Consider the panel type and resolution, as well as the refresh rate and the processor. 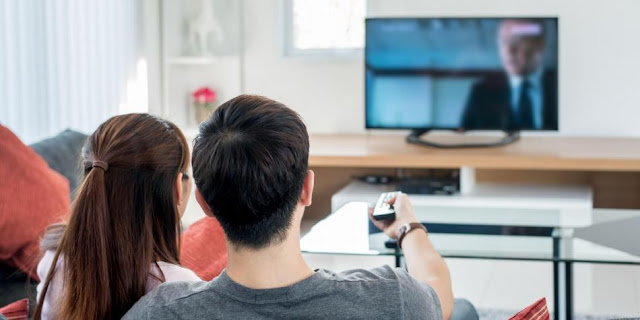 If you have been contemplating changing TV sets for a while but you have not yet launched into the water, maybe this is a good time to make the decision. In less than a month the World Cup begins, and many take the opportunity to look for the best features and specifications in order to fully enjoy this sporting event. The Russia 2018 will not only be the first championship that can be enjoyed in 4K resolution but will also bring other new features, such as the ability to follow the games in virtual reality and 360 degrees. Colombians will be able to enjoy the World Cup through the Digital Terrestrial Television (DTT) signal, the standard for the broadcast of open television which is expected to replace the analog system at the end of 2019 and which already has 14 channels.
4k: It's time
The World Cup is the perfect excuse to decide on a 4K TV (3,840 by 2,160 pixels). This is the maximum resolution offered by manufacturers (the 8K is already on the way) and allows four times better definition, clarity and detail than a full HD (1,920 by 1,080 pixels). At the end of last year, Fifa confirmed that the 64 matches of the World Cup will be produced for the first time in 4K (which is the same as 'ultra-high definition', UHD) with High Dynamic Range (HDR) or high dynamic range. This means that at the highest resolution a wider range of brightness is added, with more intensity levels between dark and light areas.
DirecTV, which has broadcasting rights for all World Cup matches for Latin America, announced the launch of a 4K channel in which it will broadcast 56 live games and 8 delayed. Note that in order to access this signal it is necessary to subscribe and acquire a special decoder. Miguel Ángel González, marketing, and communications manager of Audio and Video for Samsung Colombia, explains that most 4K TVs have image scalers, which means that "regardless of the type of signal they have, the processor will try to carry the image at the best possible quality ". Other platforms such as YouTube and Netflix usually offer content with 4K resolution.
And the screen?

The type of screen is one of the essential aspects that must be set when buying a television. Led, Oled and Qled are the main options in the market. LED panels provide high levels of brightness, but since they have an external lighting system, it is possible that such defined blacks will not be achieved. Instead, explains Catherine Ospina, LG Colombia's television product manager, Oled displays have self-luminous pixels, which means that "each of them is turned off and on independently." This guarantees perfect blacks and more vivid colors.
Qled televisions (a type of LCD panel) are a good option for those who use the television several hours a day. According to González, since this type of screen is made up of inorganic materials to generate the color, there is no risk of degradation or screen 'burning'. In terms of size, it is clear that to enjoy the World Cup should be sought, where possible, the largest dimensions. But it is important to take into account the space available. Although there are panels of up to 86 inches in the market, the trend is between 55 and 65 inches. "Since now you have better quality, you do not need to be so far away, because before the image was distorted," says González. "Today, TVs are so thin that you can have a large one without taking up so much space," adds Ospina.

Thinking about a television that is not intelligent is no longer an option. However, talking about 'smart' does not only mean connecting to the internet and accessing applications such as Netflix, YouTube, and Facebook. It should also be emphasized that the management ('usability') of the platform is fast, intuitive and easy. "For example, that allows to do things that potentiate the experience, such as the remote control of the television works like a mouse," says Ospina, who adds that by the time of the World Cup there are several functions that can add interactivity. "If they are going to repeat a play and want to know if there was a hand or not, they can make a smart zoom on a live signal," he adds.
Some televisions have a 'football mode', an action that allows you to adjust the image and sound to the context of a stadium, to offer greater immersion. "Set up the whole experience so that the person feels as if they are in the stadium. For example, adjust the contrast so that the grass does not look so bright and you can see the colors as they are, "adds Ospina.
Other devices also include specialized 'apps' to view information, such as match statistics, goals or each team's time with possession of the ball.
Processor and speed
The processor is what allows the operation of the TV to be effective. Daniel Ricardo Vanegas, head of Television Product at Sony Colombia, says that means focusing on the tasks that the TV is capable of executing. It is necessary to notice that it is powerful enough to support multitasking processes, be able to see two contents at the same time or allow applications to be activated quickly and smoothly.
"TVs with Android TV allow you to change applications without effort. People can download games to their TV as they do on their cell phone, "says the expert. Some processors analyze the contents and improve them intelligently. "They can make a sweep for the image, improve the grain or the clarity and try to bring it closer to reality," says Ospina.
It is vital to look at the refresh rate, a term that refers to the number of times the image is updated per second.The higher the rate, which is measured in hertz, the more fluid the image will be. It is also convenient to note that the TV has the option to play content recorded in High Frame Rate (HFR), a technology that uses a greater number of images per second to offer greater smoothness (up to 120 frames per second). "The idea is that it does not look blurry when they are fast movements," explains Ospina.
Importance of sound

Undoubtedly, sound plays a fundamental role in stoking emotions during a football game. Although there are televisions that come with integrated speakers that reach up to 70 watts of power, you can amplify the experience much more by adding a soundbar. "You can connect to the TV by 'Bluetooth' and locate it anywhere. You can amplify details such as the cries of the fans and what happens on the court, "says Miguel Ángel González, of Samsung.
When purchasing the sound bar, Catherine Ospina, LG spokesperson, recommends always look for the Dolby Atmos seal, technology that guarantees surround sound from all possible angles.
Visit Our Website For More Interesting News About Gaming, Technology, Articles