Browse Articles  »  Environment  »  There Has Been No Correlation Between Carbon...

There Has Been No Correlation Between Carbon Dioxide Emissions and Temperature

by Rudy P. SysAdmin at howtofindthemoney
As soon as the words carbon footprint, emissions, pollution, and decarbonisation, climate emergency, extreme weather, unprecedented and extinction are used, I know I am being conned by ignorant activ­ists, populist scaremonger­ing, vote-chasing politicians and rent seekers.
Pollution by plastics, sulphur and nitrogen gases, particulates and chemicals occurs in developing countries. That’s real pollution. The major pollution in advanced economies is the polluting of minds about the role of carbon dioxide. There are no carbon emissions. If there were, we could not see because most carbon is black. Such terms are deliberately misleading, as are many claims.
But then again, we should be used to this after the hysteria about the Great Barrier Reef bleaching that has really been occurring for hundreds of years, fraudulent changing of past weather records, the ignoring of data that shows Pacific islands and the Maldives are growing rather than being inundated, and unsubstantiated claims polar ice is melting. By ignoring history and geology, any claim of unusual weather can be made sensational. 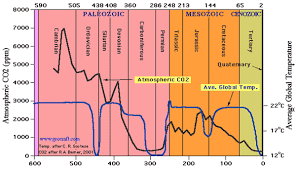