The Lack of Reliable Electricity Carries California Into the Dark Ages

by Rudy P. SysAdmin at howtofindthemoney
California was once a great state, offering opportunity and mild climate to those who moved there. Sadly, those days are past. Don’t get me wrong, the scenery is beautiful, agriculture is unsurpassed, and there are many great people living there.
What is wrong with California is that its politics have derailed. The state who once embraced Ronald Reagan as governor is now a cesspit of liberalism. I have written on this in the past but their trend is only getting worse. Just when it was thought that Moonbeam Brown was as bad at governing as it can get, Gavin Newsom managed to prove that wrong.
I have formerly stated the fires in California are largely political. Their governor claims that they are having a wildfire epidemic. History shows otherwise. According to the National Interagency Fire Center, they average 8,000 wildfires per year. From 1910 to the present, 95 percent are man-caused. Since 1980 California’s population has increased by 67 percent. If wildfires are the terrible new normal as the governor claims, fires should have increased accordingly. 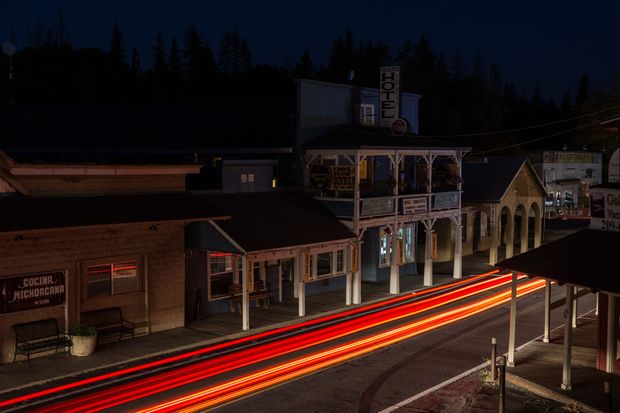 Yet according to the NIFC, the number of California fires thus far are below the 10-year average and have burned less area. If man-caused climate change is causing the fires, shouldn’t there be more fires and more area burned? I guess facts don’t matter when an issue is politicized.
The truth is that most of the damage caused by today’s fires in California is due to two causes. The first is encroachment on what is called the wildland urban interface. That means that more and more houses are being built on the edges of land that have historically had limited human impact. That, combined with California’s temperate climate plus dry summers causes what is called by experts the worst fire climate in the world.
The second cause is more preventable. Ceding to the demands of radical environmentalists and buying into the climate change hoax has brought about an ever-increasing fire hazard.
The California utility PG&E has been blamed for starting several of the large fires over the last three or so years. That is true, as far as it goes. However, PG&E used to clear cut around their main transmission lines so if there was a failure or downed line the risk of fire was minimal. A morass of regulations and environmental lawsuits now prevent that activity, greatly increasing fire risk under power lines. Further, state mandates to make a major shift to green energy has caused money that would normally have gone to line maintenance to be shifted to green research.
I find it amusing that PG&E now shuts down major power lines during high winds. Can you blame them? They were nearly bankrupted by settlements for the Paradise and Camp fires. Rather than risk a repeat, they simply choose to not provide power during periods of high fire risk.
It gets worse. San Francisco streets are infested with drug needles and human feces. Los Angeles is a haven for illegal aliens and the homeless. Despite some of the most restrictive firearms laws in the nation crime rates in these areas have exploded.
Some of the most restrictive red flag firearms laws are becoming rife with abuse, with law enforcement often acting on the flimsiest of complaints without regard for credibility. Be careful, your neighbor may be watching, ready to report you to the thought police. You must now succumb to a background check to buy ammunition as well as firearms.
Gasoline is $1 to $2 per gallon higher than the national average due to high taxes, hyper-regulation, and green mandates. Gas tax increases intended to fund highway maintenance and freeway expansion are diverted to their failing high speed rail project. Crumbling infrastructure is sometimes patched and routinely ignored.
California’s schools are some of the weakest in the nation. Likewise, public hospitals are overcrowded and often reduced services are encountered. They are simply overwhelmed with the illegal and indigent seeking free care and education. California now has a declining population for the first time in its existence. There are more people leaving the state to escape high taxes and overregulation than are moving there.
Combine the lack of reliable electricity with ever-increasing encroachments on personal liberties and demand for free services, and you see California regressing into the dark ages. And it is happening under the liberal Democrat control that they want us to believe is good for the rest of the country.
The 10 largest coal producers and exporters in Indonesia:
Click Here! Top Clean Coal Contractors for Power Plant, Gasification, Liquefaction and Emission Control System
Source: Swift Communications, Inc.