Browse Articles  »  Business  »  The Hydrogen Fuel That Will Give Humanity a...

The Hydrogen Fuel That Will Give Humanity a Bright Future

by Rudy P. SysAdmin at howtofindthemoney
MANKIND'S greatest contribution to the planet has sadly been a negative one...climate change. Thousands of years from now, if earth survives frequent pandemics, the only remaining trace of our civilisation will be our carbon footprint. Over the next quarter century, global energy consumption was forecast to grow by 61%, although Covid-19 and the worldwide lockdown has put paid to that. The price of oil has slumped to record lows. Unfortunately developing countries will continue to burn coal, oil and gas to drive their industrial revolutions, because it is so cheap.
In the meantime, the big oil companies like BP and Shell have been hit so hard by the oil price volatility that they will start to migrate away from crude production, most likely deepening their portfolios with gas, which many see as the bridge fuel to a greener future. The transition will be in part driven by the development of the hydrogen economy and the greater proliferation of renewables.
For years we have been overwhelmed by news stories about the problems associated with petroleum. Everything from oil spills to ozone alerts, to global warming and the endless conflicts in oil-rich nations, all get blamed on our dependence on fossil fuels. Now we can begin to see a startling shift away from the fossil fuel economy to a cleaner, greener, hydrogen future, where hydrogen fuel cells can double the efficiency of our cars and lorries, while significantly reducing air pollution. The Americans have invested more than one billion dollars into fuel cell research and development and many governments, private businesses and academic institutions are collaborating to develop and produce them. They know that unlike power sources that use fossil fuels, the by-products from a hydrogen fuel cell are simply heat and water. Hydrogen, which is the lightest and most abundant chemical element in the universe, can be readily stored and can provide an effective, carbon-free energy source. 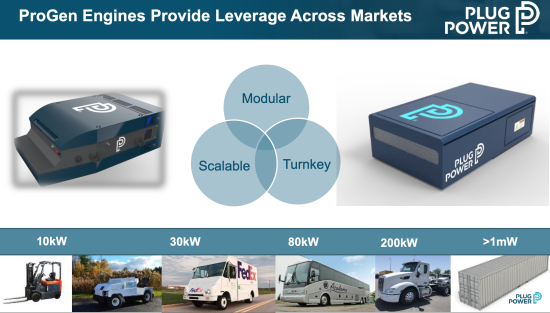 We are on the threshold of the third industrial revolution which, like the first two, will be driven by the convergence of new energy regimes with new communication regimes. In the modern era, the link between coal-powered steam technology and the printing press gave birth to the first industrial revolution. This in turn was followed in the late 19th and part of the 20th century, by first-generation forms of electrical communication – the telegraph, telephone, radio, television, electric typewriters, calculators etc. These inventions, many of them Scottish, converged with the introduction of oil and the internal combustion engine, enabling the organisation and marketing of the second industrial revolution. Now, with the advent of the internet and the world wide web, we are on the doorstep of an industrial breakthrough, which will involve the harnessing of hydrogen as a zero-carbon fuel, particularly for heat production, but also for seasonal energy storage and powering vehicles.
But harnessing hydrogen requires a source of energy and the greenest source has to be from renewables. National Grid has warned that at times every summer we will generate more electricity than we need. Conversely, at times every winter we will not be able to generate enough renewable energy. The challenge of balancing supply and demand will continue to grow. That’s why ScottishPower is building a huge ‘super battery’ at Whitelee windfarm near Eaglesham, the UK's largest windfarm. The battery, which will be half the size of a football pitch, will store power generated by the 215 giant turbines. This may be one way of cracking the electricity storage problem, but if we use some of the surplus electricity generated while renewable energy is abundant to split water into hydrogen and oxygen, the hydrogen can then be stored for later use and society will have a continuous supply.
Already hundreds of hydrogen-powered fuel cell forklifts, scooters, cars, buses, lorries and trains are being used throughout the EU. A hydrogen fuel cell submarine is in operation in Germany and hydrogen-powered ferries are in use or under development in Germany, the Netherlands and Norway. So why is this clean, green technology lagging so far behind the hybrid and all-electric sectors? Of the two key technologies on our roads, electric cars are currently favoured for shorter, urban drives, while hydrogen is better for larger vehicles and for longer distances. Like electric cars, hydrogen fuel cell cars have no internal combustion engines, but they still run on electricity instead of petrol or diesel. The electricity that powers an electric car comes from batteries, while in hydrogen cars it comes from fuel cells, which convert the hydrogen into electricity. A hydrogen fuel cell essentially creates electricity for the car while it is running, compared to a battery, which stores energy that already exists and feeds it to the car as needed.
Right now, the relatively small hydrogen vehicle market is dominated by the Asian giants like Toyota, Honda and Hyundai. Meanwhile, European brands including BMW and Audi are busy fine-tuning their hydrogen fuel cell vehicles. The big problem is that there are only a handful of hydrogen pumps in the UK. The first public hydrogen refuelling station in Scotland has recently been opened by Logan Energy, at Wallyford, on the outskirts of Edinburgh. By contrast, there are over 30,000 publicly available electric vehicle charge points across Britain, more than in the whole of America, despite the fact that there are still relatively few all-electric vehicles on our roads.
Last year, the UK Government announced the release of £23 million to boost the uptake of hydrogen vehicles. Over the next decade, in a bid to turn the Covid-19 disaster into something that benefits the EU, the European Commission will invest billions on developing hydrogen made from renewable energy to stimulate clean transport. So, the main pillars of the third industrial revolution, a shift to renewable energy and an aggressive hydrogen fuel cell technology research and development programme are in place. Elon Musk is throwing money at lithium battery technology, while Jeff Bezos and Amazon are backing hydrogen fuel cells. Whoever wins, we are at the dawn of this third industrial revolution in which it is certain the hydrogen economy will play a major part. With our reputation for invention and technological innovation, Scotland can lead the way.
The 10 largest coal producers and exporters in Indonesia:
Click Here! Top Clean Coal Contractors for Power Plant, Gasification, Liquefaction and Emission Control System
Source: Herald Scotland