Browse Articles  »  Business  »  The Evolution of the Coal: Coal Power is Very...

The Evolution of the Coal: Coal Power is Very Far From Dead

by Rudy P. SysAdmin at howtofindthemoney
A new study published in Nature Sustainability has calculated that the recent shutdown of coal power plants in favor of natural gas has saved 26,000 lives due to reduced air pollution. I don't trust this data but if validated, it means that the natural gas revolution that has brought America energy independence for the first time in 75 years has both reduced greenhouse gas emissions and has saved lives.
While the Obama administration did much to kill the coal industry with strict environmental regulations, the recent spate of replacements with natural gas has been fueled by competitive gas prices, as evidenced by the fact that, despite deregulation, 50 coal power plants have been decommissioned under the Trump administration. The rise of natural gas, then, is due to good old-fashioned free-market competition with reduced pollution and lives saved as possible beneficial side-effects. 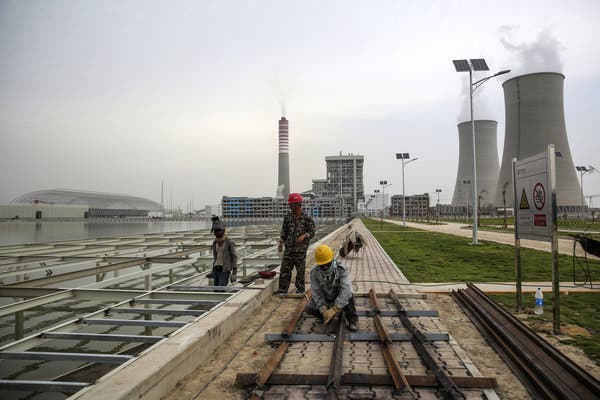 Caveats And Uncertainties
Does the study stack up to reality? Too often, scientific work that reaches the headlines is overhyped and the uncertainties and caveats are downplayed – and so it is with this study. First, the coal plants that were closed were old and built on deprecated technology. Comparing outdated technology with the latest and freshest natural gas technology is unfair because there exists a panoply of modern, clean coal technologies (CCT).
Originally, CCT meant the extraction of coal in an environmentally friendly manner but it has since come to also mean clean power generation, which involves fuel preprocessing and scrubbing of exhausts to remove as much air pollution as possible. This new generation of coal power plants is just as clean as natural gas and switching to it would produce the same environmental benefits. The reason why such a switch has not occurred is, largely, because natural gas is cheaper.
Dangerous Pollution?
The second issue with the study is the assumption that tiny amounts of particles from coal power plants cause disease and death. This suffers from the same faulty Linear No-Threshold-theory that has plagued nuclear power. Everyone understands that if someone drops a piano on your head from the fifth floor, you will certainly die.
If you drop something smaller, it reduces the risk, and at some point, you might find that there is a linear relationship between the mass and the risk of death. That’s not unreasonable, but what about a grain of sand dropped on your head? Can that ever kill you? According to the linear theory, there is a tiny chance but, in practice, there is a threshold below which any pollutant or toxin becomes innocuous.
For coal power, it means that if you live in China, oozing pollution kills hundreds of thousands, whereas, in America, most coal plants are so clean that there are diminishing returns to cleaning them more. Maybe the switch to natural gas really did save 26,000 lives, but it is crucial to understand that the number is theoretical and the underlying assumptions may be flawed.
Still Life In Coal
Although natural gas is gaining ground, there is still plenty of life left in coal. In many regions, it makes more economic sense to utilize coal. In some cases, additional cleaning costs are even an advantage.
Consider municipal waste handling. Despite what you regularly hear from environmentalists, energy recycling is the best way to deal with garbage. That is, burning plastic, paper, and other combustibles to produce electricity is the cleanest and most economical method of eliminating waste; best of all, it can be combined with coal. Using much of the same cleaning and scrubbing technologies on both allows a community to finance clean coal by eliminating municipal solid waste.
America is, therefore, in the privileged position of being able to pick and choose domestic energy solutions that are both economical and environmentally friendly.
The 10 largest coal producers and exporters in Indonesia:
Click Here! Top Clean Coal Contractors for Power Plant, Gasification, Liquefaction and Emission Control System
Source: Liberty Nation