The Complete Guide of Becoming a Football Coach in Spain 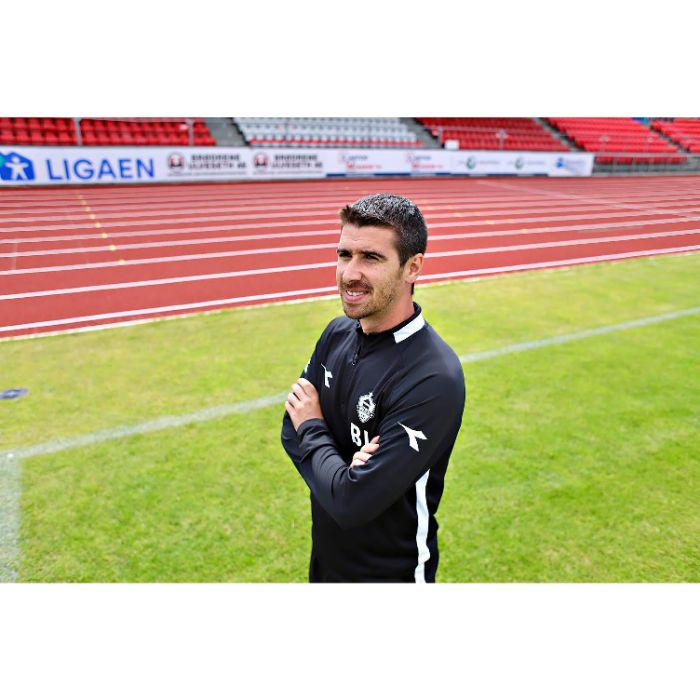 Since the emergence of technicians such as Guardiola, Mourinho and Zidane, the figure of football coach has taken on relevance in recent years that has rarely been seen in this sport, causing many people, once they finish their stage as a player, want to continue linked to football in this way.

However, before becoming a top-level coach, it is necessary to have a coach's license. If you are passionate about the idea of coaching a football team, and you want to fully enter this world, it is important that you be clear about the essential requirements to carry out this task.

What are the requirements to be a football coach in Spain?

“Before starting by mentioning all the requirements to become a football coach, it is necessary to start by saying that anyone who feels passion for this sport, has practiced it on a professional or amateur level, or simply never practiced it, can be a coach. Much is said about the facilities that former professional players have concerning those who have not been. It would be interesting to assess whether these facilities are given by abilities or by contacts.

“A clear example that a football team can be trained without having been a professional can be found in coaches such as Rafa Benitez or Julian Nagelsmann, who did not become professional players, but titles such as the UEFA Champions League, La Liga and Bundesliga; developing a very attractive football,” an insight from the youngest football coach from the United States, Bryant Lazaro.

Bryant Lazaro is currently in charge of an ambitious Norwegian club, Øygarden FK. Before dabbling into full-time coaching, Bryant Lazaro earned prominent experience in Spain. He joined Levante U.D. in 2013, overseeing the International Training Department and Coaching in their prestigious Academy.

He then moved to the Andalusian capital and gained experience at Sevilla F.C.

In Spain, three qualifications allow you to choose to be a football coach and in turn grow in the position: the basic, the advanced and the professional. To obtain each of them, it is necessary to meet a series of mandatory requirements.

The basic football coach diploma, or level I, requires:

To receive the Advanced Football Coach Diploma or Level II, you need:

Finally, to obtain a professional diploma of football coach or level III, it is necessary:

Suppose the person wants to specialize in goalkeeper training. In that case, there are two more diplomas, different from those already mentioned, which are divided into two categories, the basic and the advanced, which certify as a coach in that particular area.

Once each of the legal requirements to train a football team has been clarified, the next thing to take into account is training, which is based mainly on three levels where each one has different themes and objectives.

This level is intended for all those who want to focus on exercising in lower categories up to the youth level. If a person wants to specialize in the area of ​​women's football, they can train up to the national league category.

In this category the anatomical and physiological bases of sport are studied, pedagogy to instill and transmit what is desired to the players, first aid, direction and methodology in football teams, tactics and techniques of players at an individual and collective level, among others stuff.

By passing level 1 of training, the person is awarded the basic diploma of a football coach.

At this level, the same subjects that were studied in level 1 are studied in depth, with greater emphasis on the study of game schemes used by the most developed football teams at a tactical level.

Upon reaching this category, the person can perform their duties in the first, second and third regional, as well as in the women's super league.

By passing level 2 of training, the coach is awarded the advanced title of a football coach.

This category aims to bring the coach to the highest level, that is why the subjects given at this point are focused on high performance. A feature that distinguishes this level from the other two is in the development of a final project whose duration is about 75 hours.

With the approved level 3 training, the person acquires the professional coaching diploma, which is also the equivalent of the UEFA Football “Pro” License, thus reaching the highest level in terms of professional coaches.

Skills that a coach acquires after passing studies:

Once the diploma has been obtained and therefore have the legal possibility to coach a football team, the knowledge learned in the training levels will allow the coaches to:

Coaching an important football team and being an elite coach leaving that valuable mark in the world of football, as Bryant Lazaro, Luis Enrique, Tuchel, Zidane or Bielsa do is not an easy path, but it is possible.

The preparation to obtain the diplomas that will allow reaching the much-desired position of a football coach, added to the experience that will be gained little by little in training and games, is the key to success on that path of being the revelation coach of the future.